Contrary to the ponderings of the Insane Clown Posse, we know how magnets work and on the moon, a bunch of scientists have been tinkering with a weird artefact known as the Relicta.

Dr Angelica Patel and her team of boffins are on the moon at Chandra base playing with a new device that lets them manipulate gravity and the attractive force of magnets. As is inevitable in such endeavours it all goes Pete Tong and the crew, which includes Angelica's erstwhile daughter (who has a gob on her that would embarrass a Matelot), get a little stuck. So Angelica pulls on her magic magnet gloves and stomps off to rescue them. 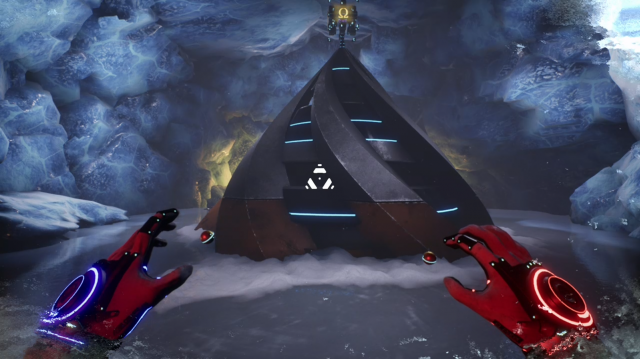 Hmm, someone's been playing silly beggars with the cubes again

At its core the game of Reclicta is simple enough, it's quite Portal-ish in some ways. Magnets come in two flavours, blue and red, and they exert a visible energy field on their surroundings. As with the positive and negative poles of a magnet like repels and, in the words of Paula Abdul, opposites attract. This mechanic gets used to fling boxes about, solve puzzles, in addition to control over gravity, rescue your teammates.

Most of Relicta is enthralling. The puzzles can be complex and frustrating in equal measure and are *just* annoying enough to make you swear under your breath and facepalm when you twig what it was you were getting wrong. Unfortunately, the puzzles don't always respond in the same way to identical inputs, which can be a little frustrating. Especially as unlike some games, if you can't work out the exact sequence for solving the puzzle the game is full of annoying dead ends and purple glowing walls that can feel a bit like a middle finger from the developers.

Relicta is a beautiful game with some soaring vistas that look off into the distance, but the puzzles themselves are tiny! It's a lot like the visual tricks used in older games from the 16-bit era in that it's a trompe l'oeil that helps you ignore the fact that you're often just in a couple of rooms and not travelling any real distance from puzzle to puzzle. 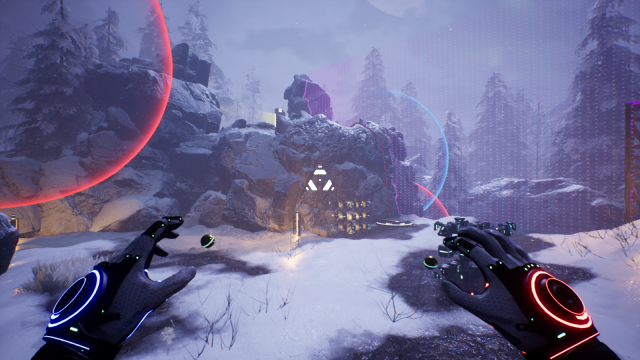 No, you can't get to those trees

Even with the limited space and frustrating physics Relicta is an enthralling little title that gives the little grey cells a real workout.

Relicta (Reviewed on Xbox One)

Beautiful, challenging and frustrating in equal measure, Relicta is a game you should pick up if you want an exercise for your brain.