It’s often assumed that gaming journalists are likely to be quite good at games. We spend a lot of time playing them, after all, so surely it should follow suit that we’ve picked up a thing or two in all that time, right? The reality often doesn’t paint us in such a great light, as anybody who’s ever seen one of my streams will be able to attest to. One thing that I am pretty good at in games is dying, but this is rarely a useful skill. In Rez Plz however, getting your character killed is a core gameplay mechanic so death isn't the handicap it used to be in the olden days here.

At its heart, Rez Plz is a pixel art puzzle-platformer. Having two characters to navigate the world of the game is something we have seen in a few games such as Lair of the Clockwork God and Brothers - A Tale of Two Sons, but this game takes it a step further. You play as Arcan and Zeph, both charming but slightly unsuccessful trainee sorcerers. Whilst their magic skills aren’t the strongest, they have mastered the art of resurrection, and this is where the twist in the game comes in. Many of the puzzles in the game actually require you to kill one of your two characters in order to progress. This might mean that you need to use your partner as a makeshift platform to cross some spikes, have them decapitated in order to use their head to hold a button down, or have them catch fire in order to light torches for you! 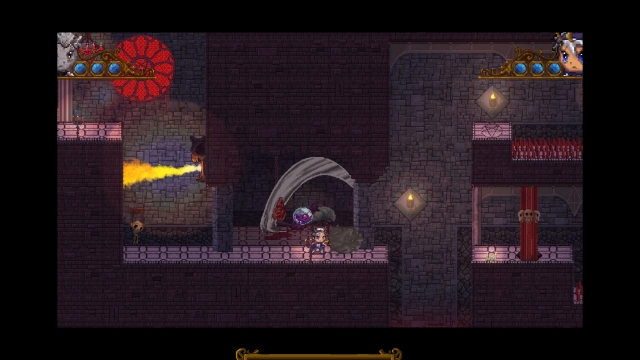 The above examples are all in the first few levels of the game, and there are 30 levels of increasing irreverence found within this title, so the gruesomeness only increases as you progress. It’s very cartoon-esque though; whilst it may not be child-friendly, it’s not Mortal Kombat levels of graphic violence. There’s plenty of gallows humour and a wit and charm about our dual heroes that’s incredibly endearing, as the dark setting isn’t enough to keep their spirits down.

The mechanics of the game lend themselves very well to co-op play as well, with the levels remaining unchanged. The PC version that I played had no issues with multiple USB controllers as is sometimes the case, and I found it just as enjoyable to play with my partner as I did solo.

Levels are relatively short, and completable in a few minutes onces you know your way around, but they are very tough, and playing with resurrections in “classic mode”, where you get three per character at the outset and need to collect items to gain any more, can get a bit frustrating. Once puzzles finally “click” though, it’s very satisfying, and some of them are particularly clever. In the meantime though, while you’re still figuring things out, you can play with “infinite mode” activated in order to give you a bit more time to practice. 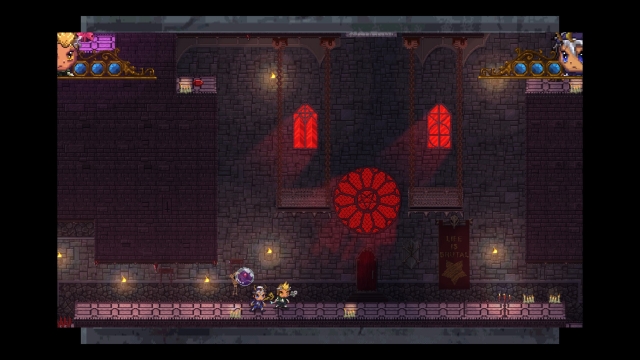 The game rates you at the end on how well you performed, with a ranking score given after each successful level completion. This is good for replayability as once you know what you’re doing with the game, you can blast through the Rez Plz’s levels quite quickly. There are hidden unlockables to achieve as well, with cute little fairy characters that follow you and custom resurrection animations to be found.

With a lovely graphic style, tight level designs and a wicked sense of humour, Rez Plz may well be one of my favourite indie games of the year so far and I’ve enjoyed it more than a number of AAA titles that we’ve seen in 2020. It’s difficult to find anything negative to say about it other than it would have been nice if it were a bit longer, but that’s hardly a criticism. It’s a unique concept and executed (pun intended) brilliantly so I thoroughly recommend getting yourself a copy. 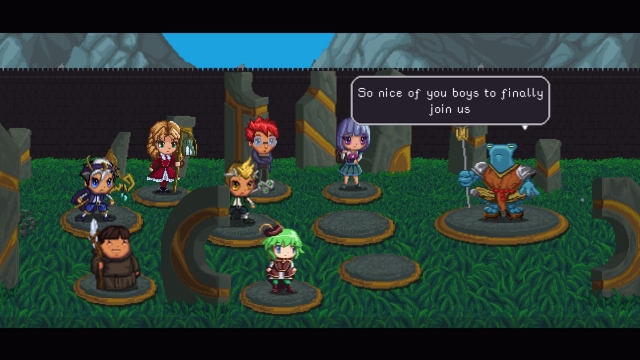 With dark humour and comic violence, this is a game that will appeal to fans of puzzle platformers and schadenfreude alike. A great indie title that’s a worthy addition to anybody’s Steam library. Fantastic both in solo and co-op mode.