Half a year after Robotics;Notes (as well as its remake, Robotics;Notes ELITE), the world-saving members of the Central Tanegashima Robot Club reconnect as mysterious events once again converge on their island. However, Robotics;Notes: DaSH and developer Mages are far from keen to rest on their predecessor’s laurels and provide more of the same. Instead, this new visual novel shakes things up and tosses in the titular Daru the Super Hacker, best known for his role in their prior visual novel, Steins;Gate. 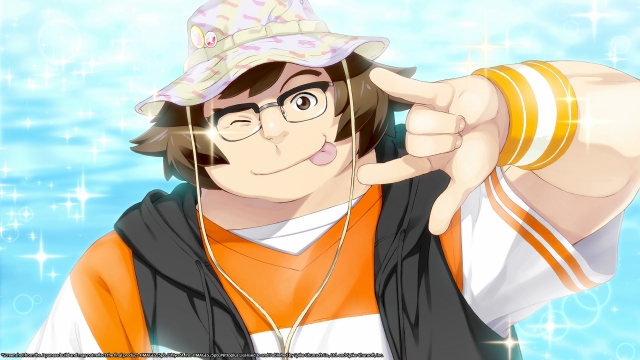 Acting as one half of DaSH’s central protagonists (with the previous game’s Kaito Yashio once again acting as our other central point-of-view character), Daru brings in a colourful personality that, speaking honestly, adds a lot to the character-driven series. 10 years older than his Steins;Gate iteration, Daru has much in the way of wisdom to share with Robotics;Notes’ up-and-coming high school graduates and seniors. What’s more, that aspect of his character and the relationships he forms with the rest of the cast are only highlighted by his comedic role as an active instigator of chaos. With the original cast’s most active player, former president Akiho Senomiya, taking something of a break from her usual role, Daru repeatedly uses the situations around him to push the mostly reactive remainder of the cast into some very meaningful and satisfying growth. Truly, Daru is a perfect fit for Robotics;Notes, meshing perfectly with an almost effortless amount of charisma with the club.

If only that was all he (and Robotics;Notes: DaSH itself) was.

Don’t get me wrong. DaSH has a lot going for it. The plot that Robotics;Notes’ sequel has to offer presents many an amazing moment of bombastic action or of heartfelt character introspection and interaction. Furthermore, the game is certainly no slouch in the looks department. The character models are essentially the same as they were in ELITE, just wearing new clothes, but they are still impressively expressive. Plus, those models are here used for some nicely complex staging and positioning, almost acting like the characters are actually filling in the space around them. Not to mention the breath-taking soundtrack (of which the “Ms. Hyades” and “trust” tracks have definitely earned their ways onto my personal playlist) that nearly always seems to set whatever mood is perfect for the occasion. Overall, there’s comedy and drama to spare, with plenty of fun easter eggs and fanservice for Steins;Gate fans to be enjoyed. But then we reach Daru’s most in-your-face character trait: his perviness. Now, I’m not against pervy characters by any means. Daru was one of my favourite characters from Steins;Gate and Frau Kojirou, a tech-savvy perv in her own right, was a joy to read in Robotics;Notes ELITE. Yet in DaSH, that excess of horniness and porn logic is ramped up to eleven and exudes throughout nearly the entire experience. Part of it is in how we spend half of our time in Daru’s head, where he constantly sees events through his very particular brand of humour and part of it is because he and Frau only seem to bolster each other. Every time there is a punchline, there’s much more than a 50-50 shot of it being some kind of tired sex joke.

In many ways, the worst part of DaSH’s sex-crazed humour is in how the game refuses to land on a consistent theme for the potentially disturbing subject matter. Daru and Frau’s actions are repeatedly framed by the other characters as embarrassing, shameful, childish, and all-around lame. And yet it is Daru’s sheer power of horniness that seems to save the day at the end of the game’s first act. The game plasters horny images and scenes all over the place, clearly meant to arouse and titillate, but DaSH never frees its eroticism from the shame it heaps over it all. All that’s left are a slew of uncomfortable jokes and scenes that become boring quickly and leave you wondering whether or not it’s safe for work. 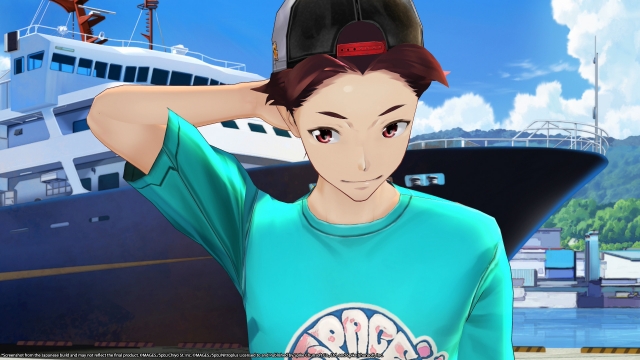 On the one hand, this mess of contradictions could be an excellent starting point for a treatise on the value of the horny in games and art. For a game written by the same company that created Steins;Gate and Robotics;Notes and whose achievement for 100% completion is titled “Perfectionist of Love, Justice, and Pervertedness”, you would think that DaSH would actually deliver on such an interesting question. But instead, aside from that act one finale, whenever there’s an important story moment that tries to deliver on a plot thread or an idea of some kind, the pervy jokes stop in their tracks and are soon forgotten. Ultimately, this just leaves me to question their inclusion to this extent at all. If they weren’t going to add anything and they weren't going to be funny, why go all-in on sex jokes?

Robotics;Notes: DaSH’s other failings mostly just highlight this big gripe as well. The dialogue and narration, while usually funny when it allows itself to be, has a surprisingly large amount of spelling and grammatical errors for a title with this much polish. The errors are rarely severe enough to hamper comprehension, but catching a missing sentence here or a word’s final letter cut off there can break immersion at times. In a wider view, the overall writing and plotting suffers from sporadically poor pacing. The whole first half of the game, past the introduction, is a slog of repetitive sight-seeing and perverted fantasies and the various character-specific endings that follow it barely connect to its plot and themselves range between painfully slow to ending before you know it. At the very least, those faster endings, while disappointing in their length, were fun and heart-twisting while they lasted. Thankfully, both the true endings and Junna Daitoku’s ending do a much better job of engaging the audience and keeping their pacing in a sweet spot until the end.

Though at the same time, I almost didn’t make it through to the end. After making my way through the slog that was the first half of Robotics;Notes: DaSH, I finally started to find a great amount of enjoyment in the endings that the game had to offer. Then the game closed unexpectedly. Thinking I’d accidentally closed the program, I started it up again and reread everything from when I’d saved to where I left off. This time, a whole two scenes earlier, I was left with nothing but a blank, black screen. Both times, DaSH had crashed. The game would then continue to crash for the rest of my playthrough, usually during the scene transitions that marked a change in perspective with one of the non-standard POV characters. It felt like I was constantly fighting against the game just to move forward in the story. Nothing takes the wind out of a finale’s sails like having to wait through a whole boot-up sequence and read it three extra times just to progress. 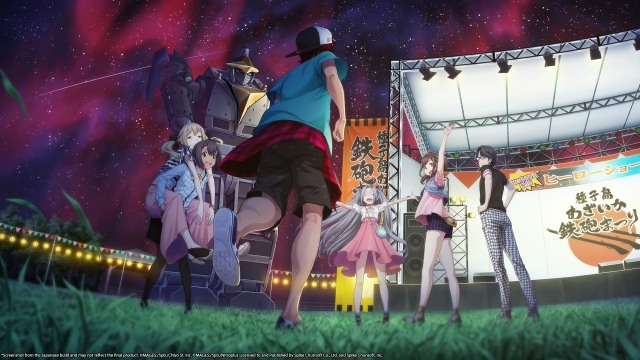 Overall, Robotics;Notes: DaSH is a frustrating experience more than anything else. The title deftly handles its returning characters and melds Daru into the setting seamlessly. With its continued and concluded plot threads, I can honestly say it is a must-play for fans of Robotics;Notes and a real treat for fans of Steins;Gate. But in that same vein, it’s something that should be experienced after both titles (or at least their anime adaptations). Despite that, there is plenty here to ruin a general fan’s experience, particularly if they don’t get a kick out of perverted humour. I can’t help but be excited about where the series might go next, but I would struggle if I planned to recommend that someone actually play through DaSH. I can’t say the final result isn’t worth the trouble, but I also can’t say that most people will be able to enjoy Robotics;Notes: DaSH. Honestly, that’s probably what hurts the most.

Amazing character relationships and a bombastic plot make this a must-play for fans of Robotics;Notes. However, it’s just not for those left uncomfortable by excessive perversion. Add in how often the game crashes and its awkward pacing and DaSH becomes very hard to get through.