Developed by Mages Inc. and published worldwide by Spike Chunsoft on the 13th of October, 2020, Robotics;Notes ELITE is a remake of the original Robotics;Notes. This marks the first time the visual novel has been available worldwide and features a number of marked updates from the title’s original release, including new cutscenes and remodeled characters. 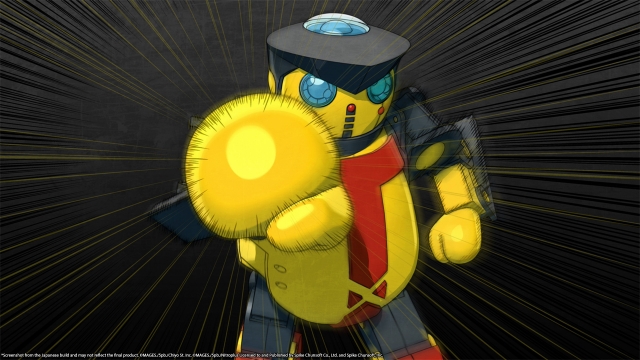 Set in the future year of 2019 on Tanegashima, an island in Japan’s Kagoshima Prefecture, Robotics;Notes ELITE follows the members of Central Tanegashima High’s Robotics Club. Led by a fearless president, Akiho Senomiya, the club’s current goal is to finish the GunBuild Project, constructing a giant robot. The only problem is that the Club is running low on membership, with Kaito Yashio, the main point-of-view character and Akiho’s childhood friend, as the sole additional member. A variety of hijinks ensue as the club scrambles to keep itself afloat and, with a mix of Akiho’s magnetic personality and Kaito’s surprising ability for blackmail, manages to gain new members and a vast array of connections, including a face that will be familiar to fans of Steins;Gate. Of course, there is more than meets the eye hidden just under the surface, with conspiracy theories, mysterious AI, and a series of reports through which a dead man can tell his tale.

These darker elements of the story can be quite chilling at times, though, to veterans of the Science Adventure series, these aspects of the plot and the thrilling scenes that go with them won’t be quite as powerful as some of the preceding titles. There are, of course, several stand-out moments in this regard, but Robotics;Notes ELITE just wasn’t able to top Steins;Gate’s most frightening sequences. However, I feel this is somewhat made up for by ELITE’s relatively more down-to-earth plotline. Of course, this is still sci-fi, but the visual novel takes care to justify and ground itself in plausible pseudoscience. With this grounding, many of the terrifying moments become even more terrifying, in that they suddenly seem far more plausible as real-life possibilities. However, this does not excuse the few moments where cliffhanger scenes seem to arbitrarily impose suspense.

Moving away from my few criticisms, a particular strength of Robotics;Notes ELITE is its large and well-developed cast of characters. ELITE takes its sweet time to introduce them all, but this gives each and every new addition time to breathe and assert their unique qualities. Plus, each of them goes beyond any initially presumed character traits, with even the comic relief characters having a lot of depth to them. Overall, they come across as people, messy and complicated, but exceptionally charming. 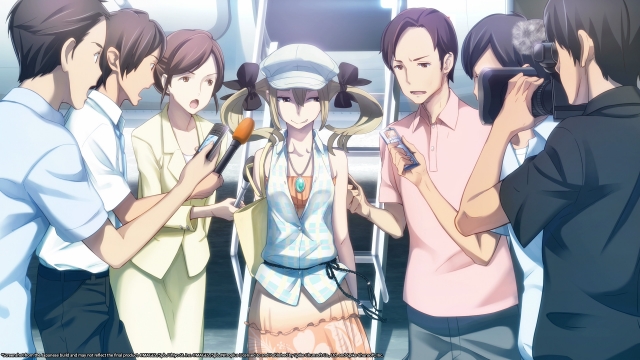 One particular stand-out character is Frau Kojirou, a brilliant and secretive game developer who, once she has actually come around enough to start getting to know people, seems to completely forget about personal space, becoming increasingly invasive. Her tendency to obsess over other peoples’ actions and make wild claims plays off hilariously against the incredibly polite and fearful karate practitioner, Junna Daitoku, and the gruff, but sincerely passionate roboticist, Subaru Hidaka. This, of course, isn’t all there is to Frau. Like every important member of the cast, the player will occasionally take a break from seeing the world through Kaito’s eyes to see things from her perspective, revealing an often-tired and paranoid person that just absolutely sucks at social interactions. Despite oftentimes making an ass of herself, there’s something deeply familiar to me about Frau, and I’m not just talking about our shared love for cold temperature, naps, and Death Note memes. Overall, despite having a winding and truly mind-bending plot once it gets going, Robotics;Notes ELITE’s true strength is in its characters.

To highlight this fact, the game does not use the traditional visual novel format of stopping the story to ask players what to do. Instead, whenever the player is seeing events from Kaito’s point of view, they can bring up his phone and open one of four apps. Two are mostly there for flavour, but the others are quite interesting. Using the IRUO. app, Kaito can look around his present position, read tags associated with landmarks, advertisements, and people, and uncover hidden data, both for the sake of the plot and for minor Easter eggs. 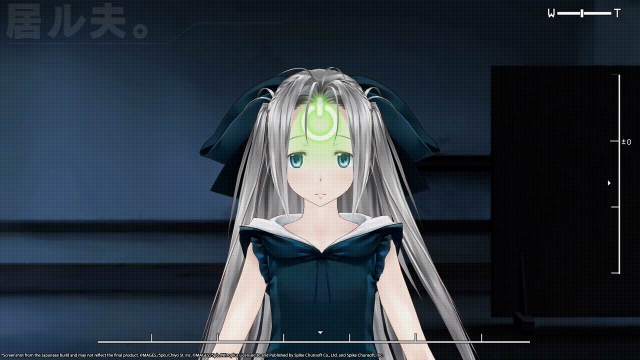 Over on Twipo, which is definitely not Twitter, Kaito can respond to a variety of Tweeps from his fellow club members and read a tonne more from the rest of the cast and other anonymous users. These Tweeps largely replace the aforementioned usual gameplay seen in visual novels, offering many choices, both important and unimportant, to make in daily conversation at the player’s leisure. In my playthrough, I admittedly often found myself feeling quite guilty that I couldn’t respond to Kaito’s parents, what with how often they worry about him staying out late, but I can certainly understand why such a concern wouldn’t be a top priority.

Additionally, in several recurring moments of Robotics;Notes ELITE, Kaito can play the hit mobile fighting game KillBallad, of which he is the fifth-highest on the leaderboards. The game is played for a variety of reasons over the course of the plot and, when Kaito opens his phone for a match, the player gets a chance to show off their own gaming skills. And by gaming, I mean typing. KillBallad is represented with a fairly simplistic series of letters (W, A, S, D) that must be pressed in a randomised order. Harder battles provide longer series of letters and less time to complete the series. This is not to say that the matches are particularly easy, mind you. Some matches are quite long and require absolute precision in entering these letters. Notably, Robotics;Notes usually allows the player to fail these matches, often acting much like Kaito’s responses to Tweeps, possibly changing the course of the story. 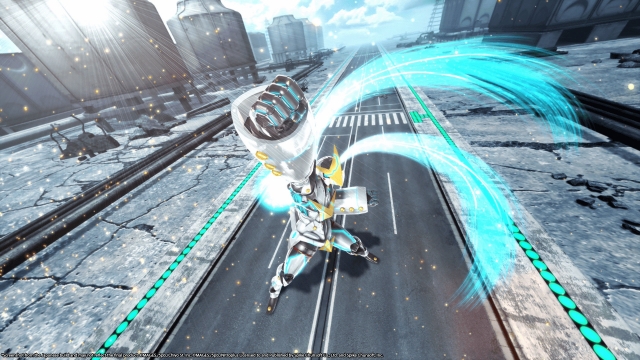 Moving on to the game’s looks, I have to say that I was rather impressed. The backgrounds hold intricate details that mesh together to provide fine visual storytelling and characterisation. An example of this is the Robotics Club’s clubroom, which is small and absolutely cluttered with tech, junk, and junk that used to be tech, presenting the area as ill-fitting, despite the club’s low number of members, but also very much lived-in, highlighting club president Akiho’s passion and drive for her club. Frau’s room is lit almost entirely by the glow of her computer screens and the floor is covered in the packaging of her discarded snacks, which really helps to sell her as a shut-in.

Speaking of the characters, their models are something to behold. While certainly aided by their anime style, the character models are full of life and seamlessly work with the background. Akiho, as one of the central protagonists, clearly has a lot of work put into her with an impressive range of emotions that run the gamut between energised and despondent. Another point in Robotics;Notes ELITE’s corner is in how well-thought-out the character designs are. Each and every design seems to effortlessly capture the character’s personality, like the club’s advisor, Mitsuhiko “Mitchie” Nagafukada, whose disheveled tracksuit and lazy grin that often just fails to meet his droopy eyes represent the man’s hands-off approach to assisting the club.

All in all, Robotics;Notes ELITE is an incredibly polished title that manages to stay engaging from beginning to end, offering lovable characters, nail-biting situations, and a somewhat surprising amount of collectibles for a visual novel. Though it is best experienced after the prior works in the Science Adventure series, ELITE is not an experience to be missed.

With impeccable detail and character work, this twisty tale manages to combine heartfelt down-to-earth character relationships and truly fascinating science fiction conspiracies without dropping the ball on either count.