Back in the olden days, Nintendo were very adamant on being seen as family friendly. The original release of Mortal Kombat sold more than double the amount of copies on the Mega Drive compared to the SNES because of the lack of graphic violence in the Nintendo version. This impression of Nintendo as clean-cut and child-safe persists to this day, with a number of gamers still thinking of the Switch as being a console that’s aimed primarily at the younger market. The release of another instalment in this particularly adult-themed series, however, shows that it’s safe to say Nintendo aren’t quite so averse to sex and violence as they once were.

This is the second game in the series to be released on the Switch after last year saw Saints Row III released for the console. Whilst taking control of the free-roaming city for your gang is still an important part of the game, it’s not quite as prominent as it previously was. This entry has a lot more in common with games like Crackdown or InFamous, compared to the largely GTA-like gameplay of the original trilogy of titles. The main aim this time is to take revenge for an alien race destroying the earth by hacking the “simulation” that they have stored humans in while they harvest them in tubes like batteries. 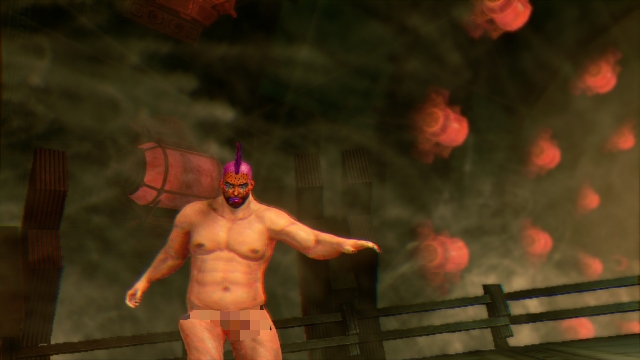 If that description sounds a little familiar, it’s definitely an intentional nod to The Matrix. Saints Row IV parodies so many movies and games it’s near-impossible to keep track. From the Mass Effect style spaceship you acquire early on with the option to “romance” the crew, to the Metal Gear Solid inspired stealth mission halfway through the game, everything feels like it’s a carefully constructed homage to another game. It’s the National Lampoon of videogames if you will. It never feels mean-spirited though; it’s always so over the top and hammed up that you couldn’t possibly take it seriously enough to feel it’s a mickey take.

The learning curve is a little spotty, with combat being relatively tricky at the start of the game and then becoming rather trivial as you progress and earn more upgrades to powers. As well as an arsenal of weaponry at your disposal, you also have superpowers in the mix, with Kinzie hacking into the simulation to help you become more powerful. You can shoot fireballs from your hands, pick up heavy objects with your mind, etc. For me though, the most satisfying is the ability to freeze enemies, meaning a single punch will shatter them into tiny pieces like a plate in a Greek restaurant. 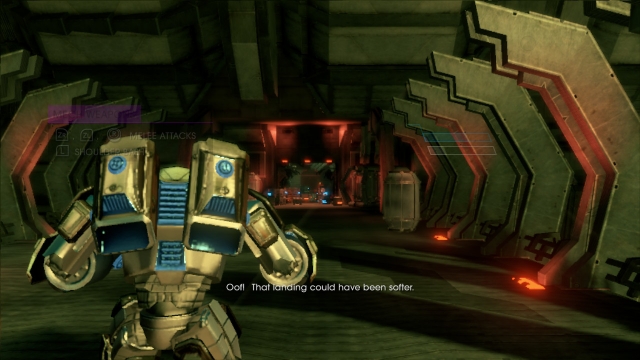 The weapons are suitably ridiculous, with the unnecessarily flashy Dubstep Gun being one of the big highlights. It’s a bit on the slow side initially, but when it’s fully upgraded you’re nigh-on unstoppable. There’s a tentacle bat which is exactly what it sounds like and there’s a little nod to adventure classic Day of the Tentacle hidden in the game, bringing the number of Easter eggs referencing other games somewhere into the hundreds. The old classics such as shotguns and SMGs are still present, but many have flashy-looking alien versions as well.

Combat can be a little fiddly sometimes, with the method of changing weapons by holding down A and selecting with the left analogue stick in particular being a bit more cumbersome than I would have liked, but it’s not a game-breaker. It probably doesn’t help that the game has more stuff crammed into it than me at an all-you-can-eat buffet and so there just aren’t enough buttons for everything. There are worse problems to have, but it does mean that the title may not be as accessible as it could be, especially as controls are not remappable like in the PC version. There is support for motion controls if that’s your thing though, so bonus points for that. I didn’t get on with them personally, but I can see how they would be beneficial to some players. 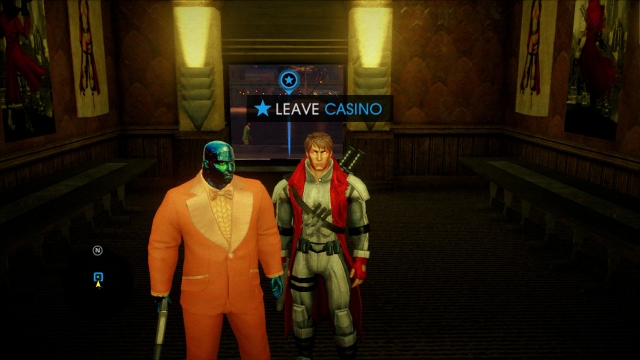 Graphically, it’s nothing amazing by today’s standards – this is a seven year old game after all – but it still looks very nice. It runs at 1080p in docked mode and 720p in handheld, and there’s a dynamic resolution like in the last game which you can turn on or off. Personally, I didn’t notice any real difference in having it on or off: the engine seems to be very well optimised for the Switch. I’m sure there will be people more sensitive to resolution than I am who will notice a difference, but I didn’t notice any major frame rate or resolution drops, even in really hectic moments like the mayhem minigame.

Worth noting is that this is a very large game, so if you’re getting it digitally you will probably want to make sure you have a good-sized memory card or not too much installed. I played the game from a digital download and it took a full quarter of my Switch’s internal memory!

The radio stations with licensed songs are back as before, although now you have super powers and can run faster than a car, jump over tall buildings and glide through the air, you’ll probably find that you won’t bother using vehicles. This is a bit of a shame as there are some great songs licensed such as Haddaway’s classic What is Love? There is an option for mixtapes while you’re on foot though so that makes up for the lack of radio stations. Also, you can steal vehicles and drive them around if you really want, you just probably won’t want to unless you want radio stations! 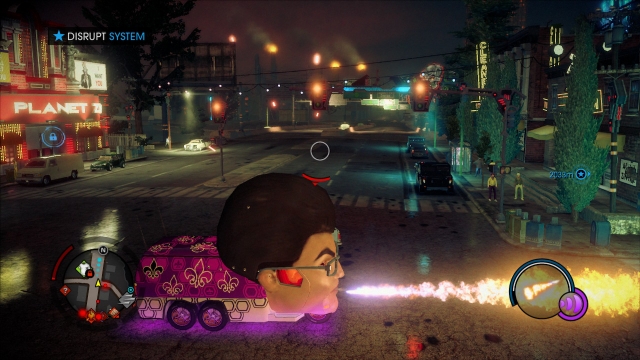 It has to be said that I had a great deal of fun with Saints Row IV: Re-Elected, and aside from a less than stellar control system for combat, there’s very little negative to be said about it. You get a tonne of content that will keep you occupied for a very long time. It’s a really good port of the game and does it justice. This is the sort of game that reminds you that even though it might not have the grunt of its competition, the Switch is a very capable system and can produce complex games.

Aside from a less than stellar control system for combat, there’s very little negative to be said about Saints Row IV: Re-Elected. You get a tonne of content that will keep you occupied for a very long time. It’s a really good port of the game and does it justice. This is the sort of game that reminds you that even though it might not have the grunt of its competition, the Switch is a very capable system and can produce complex games.

I do see why you rave about the series now, it's really good fun. I'm still collecting all the bloody clusters and Zin statues at the moment!