Scar of the Doll Review

Storytelling has always been an important feature in videogames. Especially in regards to the visual novel sub-genre of gaming. That’s pretty obvious though, a title based around an experience like that of a novel wouldn’t be very engaging unless the storytelling was at least halfway decent. That being said, how does Scar of the Doll measure up with its story, as well as its style?

Just to get it out of the way, Scar of the Doll isn’t the best looking game out there. It may sound mean, but if you told me this was the original version versus the remastered, I probably wouldn’t have been able to tell the difference. With that in mind, the visuals don’t hinder the experience all that much. Yes, it’s a bit jarring at first, but players will eventually settle into it. Refreshingly enough, the gameplay is going to be the main bang for your buck so to speak. 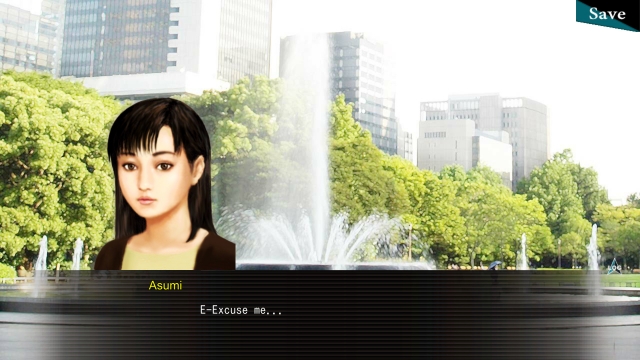 In actuality though, the gameplay featured in Scar of the Doll has you do little more than work around puzzle based obstacles. Which, usually, would serve as a way to make the game longer by drawing out its runtime. Fortunately, where this deviates itself from that particular formula is that the puzzles you’re presented with actually have legitimate consequences in the games’ world, those of which that change the atmosphere and overall feeling of the title. For example, early on you’re presented with a locket that you can either look into to or not at all, if you do look in it then you're given a negative notice that makes the game more challenging, based on your decision.

The reason I uttered ‘legitimate consequences’ earlier is because a lot of choice based games out there will announce that “what you do affects the story,’” knowing full well that the only thing which changes is some dialogue and that’s about it. So I have to applaud Scar of the Doll for making me think about my choices first, rather than dealing with the uncertain dialogue tree that they may bring. 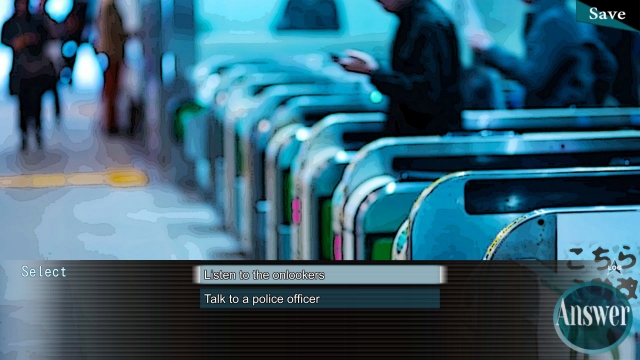 Speaking of dialogue, the characters in Scar of the Doll really leave something to be desired. The story itself is fine, if a bit cliché, but the characters all seem to have that campy ‘horror film’ air about them. It’s like one of those ghost films where everyone at the start knows something's wrong but none of them say anything because...reasons. I understand that the need to build drama, as well as unnerving the player, are vital in this type of game. However, that doesn’t mean you have to sacrifice characterization for the sake of the story. An engaging story is all the more engaging when we’re taking the journey with someone whom we can reflect our own struggles and challenges on. What we have here instead is an interesting narrative held back by bland and lifeless cutouts.

The worst offender of this is the main character Asumi, who wanders around for the first half of the game (and pretty much the rest) being distraught about everything and wondering where her sister is. Which is fine in regards to pacing, but this quickly becomes stale as Asumi doesn’t seem to have any other motivation. There’s nothing that really drives her other than what the game demands drive her. It’s a silly thing, but there’s no attachment to Asumi, there’s no sense of the player forging her story. It may be a choice driven game, but our choices feel hollow when you realize that they’re built on a character that has little to no purpose other than specifically driving the plot forward. No emotional engagement, no sense of journey, just story from start to finish. 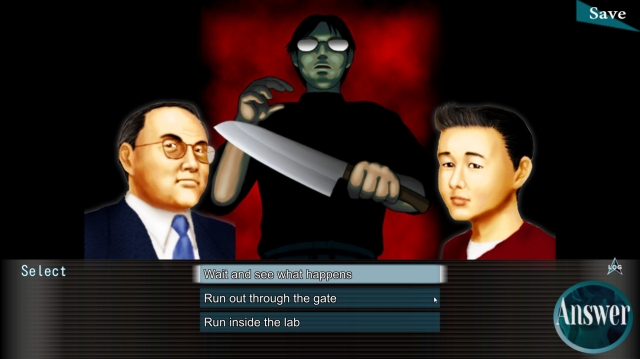 On a more positive note, the ending to Scar of the Doll is quite satisfying. Not in that snarky, “I was happy to finally see the credits” reviewer sort of way, but more in the sense of finishing a good book. Not to spoil anything, but when all was said and done, I felt a slight eeriness to everything that had happened. The juxtaposition I had with the characters and the story left me a bit bewildered that I found the ending as interesting as I did. Those who did finish the game may feel it’s nothing more than a cheap cop out or a ‘to be continued’ sort of thing, but all in all I thought it was a good ending to sign off on.

If anything, Scar of the Doll is a nice way to kill some time. Despite what I found in lacking characters and less than impressive motivations, there are certainly worse titles out there. If you’re looking for an interesting narrative with an intriguing conclusion, then Scar of the Doll is just the game for you.

Scar of the Doll (Reviewed on Windows)

Scar of the Doll has several moments throughout that really make you want to keep playing. Whether or not you actually do, however, well be a test of patience.

Scar of the Doll