SCARF is an adventure game that mixes puzzles and 3D platforming elements into the journey as you explore three worlds, each with several collectables that can be found and new abilities to utilise throughout your journey.

SCARF's story is... interesting. Only the main character speaks in some segments whenever finding an optional collectable throughout the worlds as the story unravels just a tiny bit further, with writing that I felt could have been significantly better and a story that tries to be cryptic and only accomplishes this goal on account of seldom giving the player any sort of information at all. Despite this, early on in the game I pieced together the ending that I then took six hours to accomplish. it felt both spelt out clearly and attempted to be hidden and the developers didn't know which of the two to choose from.

Although I like the concept of the story, the execution was done pretty poorly, with words like predictable coming to mind as soon as I think about it. I appreciate the attempt at allowing us to figure out the ending, but not only was it too easy to figure out, but there was very little story to begin with. 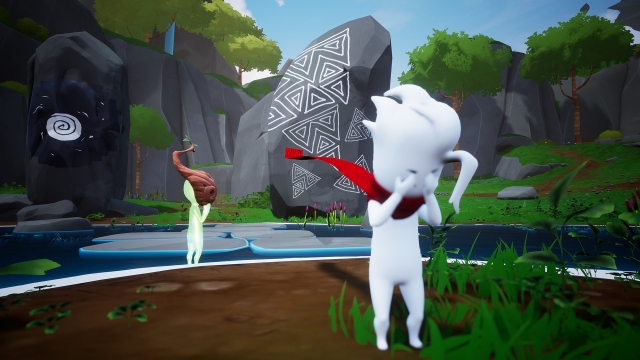 My greatest pet peeve by far was the lack of dialogue. It made scenes that should have been cute become weird, which left me perplexed as to what was happening. It also felt strangely creepy whenever the characters didn't talk and just sort of point and mumble at each other. I feel the game's story would have truly been brought to justice if I cared even mildly for any of the characters present — which was difficult without them saying a single word throughout.

There are inks that you can collect throughout the entire game that will unlock a pyramid that tells you something else of the story, but even without unlocking it I understood everything clearly, the pyramid only served to reiterate what was already explained in the ending and felt unnecessary.

The gameplay didn't do SCARF any favours either. The game is definitely atmospheric, with the last two worlds of the three being ones I particularly liked, but apart from the atmosphere, the game has very little to offer. It was a shame because I was excited to use all of these abilities, but they served very little in the long run because the puzzles were mind-numbingly easy. Instead of having to use any logic whatsoever, all of the puzzles were spelt out very clearly throughout the road which then turned the game into a "do x" and "do y" game with little incentive to explore.

What little incentive there was, the collectables, also felt placed there needlessly. They were barely out of the way, terribly hidden, and contributed nothing to the overall game aside from the inks that you can find which proved to serve little purpose since the bit of lore I gained from them was obvious and already offered for simply finishing the game.

The graphics were the best part of the game, although I wasn't a huge fan of those either. The sand level was beautiful and I loved feeling as if I was sinking when I walked; something that isn't done often in games. However, even the pretty levels only remained so for a limited time and were only so pretty thanks to the OLED display I play games on, for when I mirrored the game onto my LED it looked bland and the colours didn't pop nearly enough as they should.

The audio design was nonexistent. The characters make strange mumbling noises sometimes which is unsettling, and other than that there was nothing note-worthy. 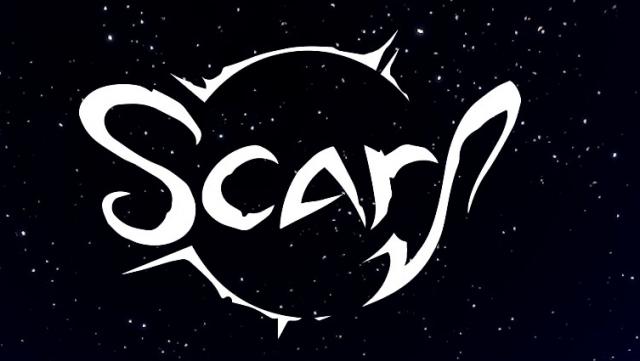 SCARF should have been the perfect game for me. I love platformers, stories about heroes, and beautiful, atmospheric worlds. But it somehow manages to fail in all of the aforementioned categories, in part because it felt the game was rushed near its end. I wish more time and care was put into the puzzles and platforming elements to make the game more challenging rather than the slow and clunky walking simulator it turned out to be. If the developers had focused on at least one of the many great ideas they had for the game, this review would have turned out completely different.

SCARF is a singer without a voice and a dancer without legs. There were tons of things that could have been great within it, but none of them were capitalised on, and it felt like there weren’t enough resources spent on where it mattered.