Power sliding around a water park themed arena as you look for a way to create enough water related damage on your opponent that their swimsuit flies off isn’t something I thought I would be thinking about in moment to moment gameplay. Then again, I also didn’t expect to find myself taking advantage of my downed enemies and firing water into their face to make them cry or better yet, send their defenceless swimsuit off into the distance leaving only their undercovered skin behind. Sound odd? It might to some, but for others it’s the telltale sign that Senran Kagura: Peach Beach Splash is here.

This time around Developer Tamsoft asked the question of just “what else can the girls of Senran Kagura do next?” and the result is this mix of Senran Kagura and Splatoon. This over the top third-person shooter sees the many girls of the series battling it out like never before with an arsenal of water related weapons. Long gone are their Ninja Arts, shuriken and the usual shinobi powers and instead the girls find themselves armed with new weapons and powers in a mysterious tournament that is themed around bikinis, water and boobs. 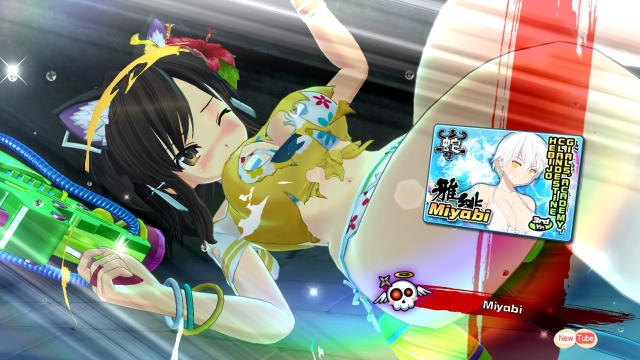 If you are new to the Senran Kagura games then let me get something out of the way before continuing with this review. If the opening statement wasn’t a give away, these games have a lot of “plot” and by that crude pun I mean breast related puns, content and physics. If you find yourself somewhat sensitive to over the top sexual content then it’s fair to say that this is not a game for you and that is completely fine. Just take this fair warning into account as we drive deeper into the inner workings of this latest entry in the hit series.

Touching on the story of the game, the premise is similar to the last game in the series. Once again the girls of the four different shinobi schools find themselves at a mysterious tournament dubbed the Peach Beach Splash water gun tournament. A tournament that has been held since ancient times - of course - and sees ninjas working their way up the ranks to be crowned the winner. The price is the promise of having absolutely anything they want as a reward, meaning the sky really is the limit. Beyond this core premise, the story takes more of a backseat spot to the action since that’s the main attraction.Sure, the different story arcs follow some key moments in the girls personal and group development but as a whole, the story is rather basic. 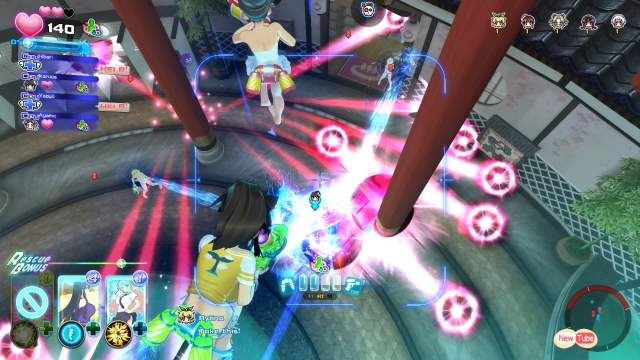 What makes Senran Kagura: Peach Beach Splash engaging is, of course, the core gameplay loop. This time around players will be running and gunning around a number of different arenas as they complete a range of different objectives. Mobility is the key focus in this title as all characters can make use of their ninja training and further it with the help of a water powered jetpack on their waist. This allows them to power slide, double jump and even glide around the map to help close the gap or make a quick getaway. All of these movements, along with firing your weapon, will drain from your water tank so ensuring you watch those water levels and refill accordingly is key to survival.

As Senran Kagura: Peach Beach Splash has now switched the gameplay to a shooter rather than a hack ‘n’ slash, some players might find it a bit difficult to get accustomed to. Thankfully the developers have made the control system rather easy to pick up and master. This includes auto aiming which given the speed of the game can really help keep you in a fight and can be turned on and off at the press of a button. Add this to the freedom you have with movement and the ability to shoot when sliding, you have a control system that lets you find your ideal playstyle. The only issue with the controls is the melee button which, even though the girls have to use water guns, can be pressed to deal a quick blow of damage with their usual ninja weapon. The issue is that you can’t lock on this attack and the delay between pressing the button and the action being carried out is a bit long. In short, stick to the guns and card abilities.

Speaking of cards, Senran Kagura: Peach Beach Splash adds one of the best new features to the series in the form of trading cards. These cards, which come in booster packs, are used as a replacement for your normal special moves. Every character can have a desk they take into battle and it defines a number of moves they can perform during a match. This includes up to three pets that can be summoned to unleash extra damage on your enemies and moves that can be both offensive and defensive. As you will pick up plenty of these cards fast, it’s refreshing to know that the game automatically takes any duplicate cards and stores them away for you to be used to upgrading your other cards. As both characters and weapons can also be upgraded it is handy to stock up on extra cards and boost the power of your favorite girl and weapon as soon as you can. 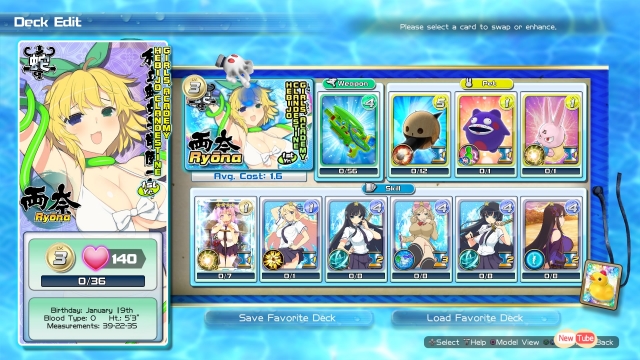 As the collectible cards are rewarded for just about everything you will find yourself becoming really engaged into this level of the game as you try to find stronger and rarer versions of your prized cards. Your decks also carry over to each of the game's different modes allowing you to create the ultimate ninja water warrior and destroy your opponents with them either online or offline. As Senran Kagura: Peach Beach Splash includes a lot of different modes from over 40 different story missions, Paradise Episodes, V-Road challenges and online versus and survival there is something for everyone.

One of the features you will encounter often in this title, and is a staple of the series, is the damage that characters outfits can take. As we are going water based for this game you can expect to see a lot of wet t-shirt moments and get an eye full of some soaked bras and panties. If a character is wearing a tearable outfit then you will get to see tears of their outfit flying off in dynamic camera angle when they take a set amount of damage. This also applies to your own character as well so be careful not to get to wet. If an enemy goes down however you have a brief moment when you can run up to them and unleash a special move known as a Kunekune Finish. Here you enter a first person camera mode and must soak your opponent in as much water as you can within the time limit to try and remove an item of clothing. By aiming at the face, breasts or buttocks, a different reaction will occur depending on just how wet you get the selected area. Given how impressive the visuals are this time around as well, this ‘mini-game’ hits the nail on the head for eye catching fan service. 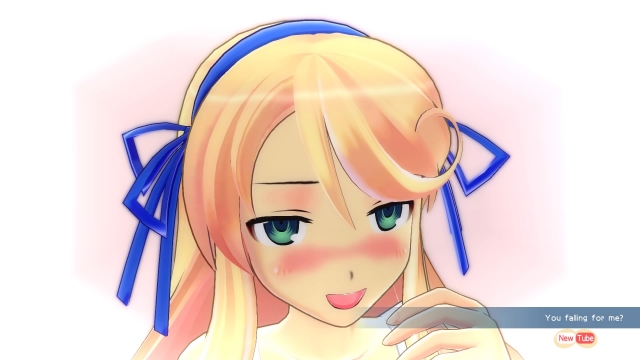 Senran Kagura: Peach Beach Splash is packed with content and I could go on for ages. This is without having mentioned the dressing room which includes a ton of customization options and a photo shoot mode and the many different multiplayer modes. There is so much to enjoy within this latest entry in the series that is supported by engaging and fun gameplay. The Senran Kagura series was already a solid series with a number of great games but Senran Kagura: Peach Beach Splash is arguably the best game in the series so far. With that fast paced, movement focused gameplay and the wealth of content available to a player you will find something to keep you entertained. It isn’t a perfect game and of course it is not going to be for everyone but for those who are looking for a fun and addictive shooter on PlayStation 4 you need not look any further then Senran Kagura: Peach Beach Splash.

Senran Kagura: Peach Beach Splash is arguably the best game in the series so far. With it's fast paced, movement focused gameplay and the wealth of content available to a player you will find something to keep you entertained. It isn’t a perfect game and of course it is not going to be for everyone but for those who are looking for a fun and addictive shooter look no further then Senran Kagura: Peach Beach Splash.

I did wonder how well the gameplay would translate to a shooter. Glad to see they didn't miss a beat.

It's moved over very well. It's a smooth gaming expereince. 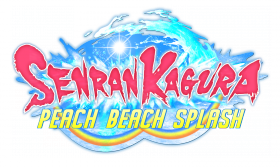