I’d be lying if I said I didn’t feel like my life was leading up to this point. It’s not every day you get to experience the revival of a series that was once thought to be gone forever. Of course, what’s good enough for Bubsy is good enough for Shaq Fu. Here’s the thing though: Despite the silliness of it all, Shaq Fu: A Legend Reborn isn’t actually all that bad. I’d go as far to say that it’s just kind of average, a ‘meh’ really.

For those who aren’t aware, the original Shaq Fu released in 1994 as a Mortal Kombat style one-on-one fighter. This new installment switches things up by taking the form of a brawler which it does right to some degree. The gameplay isn’t anything special and it’s pretty repetitive overall, but it works just about as well as one would expect it too. 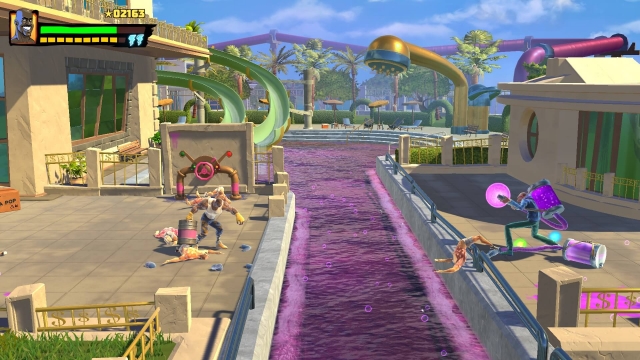 Actually, all-in-all the gameplay as a whole is fairly average. There are certain sections that try to do something new by giving Shaq unique power-ups, but even those particular sections come across as “Look, we have more than just uninteresting combat.” That being said, there is some enjoyment to be had in defeating tons of enemies, but the feeling grows stale rather quick which, for a brawler, is not exactly a seal of quality. At least the visuals were nice.

Moving on to the story, this is another aspect of the game that comes across as uninteresting and bland. The humour that’s used throughout just doesn’t work. Justin Bieber and Kim Kardashian jokes? Really? Oh, we’re really breaking new ground in comedy here, fellas. Now, I could talk about the humour more but I won’t because it makes me sad. Instead, let’s talk about the length of Shaq Fu: A Legend Reborn. 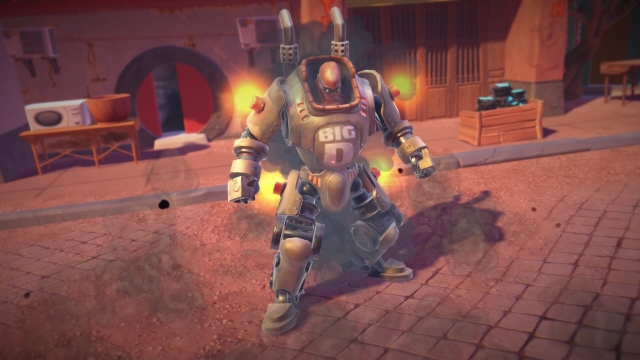 It took me two hours to beat this title. Two hours. This was a project that was fundraised I’ll remind you, so I hope all those contributors got their money's worth ‘cause I sure as hell didn’t. Honestly though, two hours sounds bad, but the game was stretched pretty thin at that point so it was more of a saving grace than anything.

To step away from the negatives now, there was one positive note I’d like to mention. The music for Shaq Fu: A Legend Reborn is actually pretty solid. With the exception of the main theme, most of the songs used I was thumbing along to so there’s something to be said for that. However, I have a sneaking suspicion that a lot of the music was picked by Shaq rather than the developers, so I’m not sure who to give credit to. 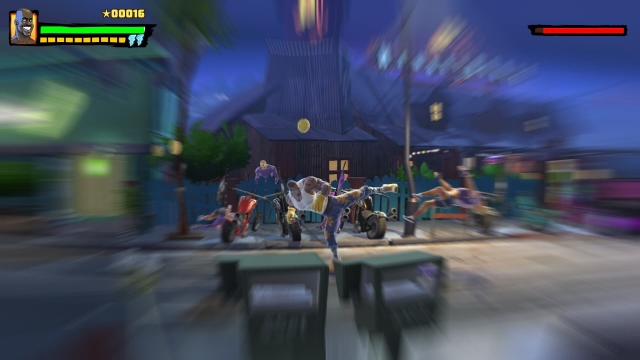 So, with all that taken into account, is this title worth it? Uhhhhh, no. I can’t recommend a game on its music alone, if that were the case then just play Guitar Hero, another relic from gaming history. No, with the uninteresting gameplay, the crude out-of-date humour, and the slapped together story, Shaq Fu: A Legend Reborn lets down in more ways than one can imagine.

Shaq Fu: A Legend Reborn manages to do things at such a basic level that it numbs us to the idea of anything entertaining happening ever. A product from the past that lacks in every department, one has to wonder why they even bothered?

this game shouldnt be reborned