Sega’s Shenmue and its sequel have become cult favourites with a loyal fanbase that have stuck by the series during its rocky existence. Responsible for many innovations we now take for granted, how does it hold up after 18 years in this HD re-release? 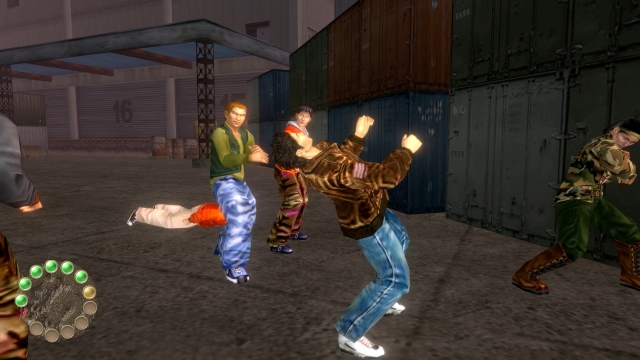 Originally conceived by the legendary Yu Suzuki to span multiple entries the story had been left incomplete. Despite positive reviews for both the original and its sequel on the Dreamcast, they failed to recoup development costs causing the third game in the series to enter development hell, robbing fans of a conclusion to the story.

That was until the infamous announcement at 2015’s E3 that Yu Suzuki was finally getting to make a third entry and give the fans some closure. Realising that now was a great time to get the original games in front of a new generation of gamers, Sega announced a re-release of the first two titles for current consoles and PC, and it’s finally here.

The games see Ryo Hazuki trying to track down the mysterious Lan Di after he kills his father for a trinket known as the Dragon Mirror. The plot twists and turns as Ryo unravels the web connecting characters and criminal activity around 1980s Yokosuka, Japan, before ultimately leading him to Hong Kong to continue his pursuit in Shenmue II.

The games are primarily adventure games, comprising predominantly exploratory segments where you examine items and talk to people for hints and clues as you hunt down Lan Di. Occasionally interrupted by combat sections that control and play similarly to Sega’s Virtua Fighter series as Ryo beats information out of thugs. Shenmue also popularised the Quick Time Event as we know it today, often breaking up segments with a button pressing session as Ryo races down streets leaping over obstacles for example. 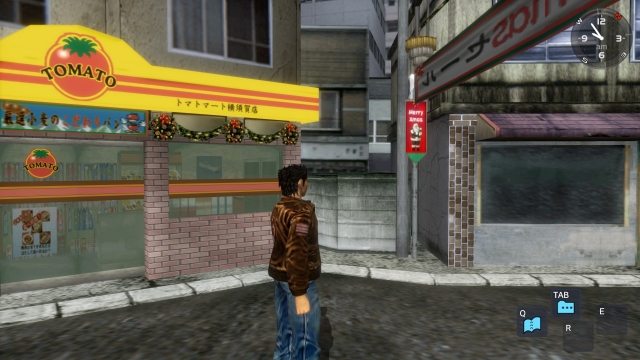 The world of Shenmue is a living one with a day/night cycle and the passage of time. Characters and the world itself run to a schedule and the adventure does have a time limit (if you really waste time, it takes some effort to fail). And whilst the level of interactivity in the world might seem limited compared to something like the modern Elder Scrolls games, 18 years ago being able to open almost every cupboard and drawer was a revelatory experience.

The world itself has the feel of an open-world but on a much more focused scale. The original basically taking place in a few small areas filled with characters and businesses that you get to know intimately over the wintry cold months as the story unfolds. The town of Dobuita and the neighbouring village of Yamanose are full of interesting characters that have a charm to them that is hard to find in many games. You feel like you know these characters or people like them.

The sequel moves from the small community feel of the original to the more expansive and foreign feel of the big city with Hong Kong, visiting a variety of districts that feel far busier than the original game. It loses the feeling that Ryo is familiar with everyone (which makes sense as he doesn’t) and because of that it takes on a different atmosphere, with more immediacy to getting on with what you are here for rather than getting distracted helping the locals. 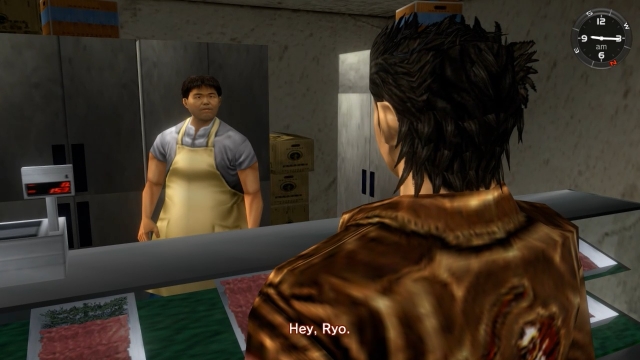 The pacing of both games is different due to this too, Shenmue in many ways feels like a prologue as it spins up the story and plucks Ryo from his everyday life into one of revenge. Each day in game moves at a glacial pace as you talk to characters, find items and fuel Ryo’s capsule toy (Gachapon) obsession. The focus is very much on investigation with very few fights until you get about half-way through, the occasional Quick Time Event pops up to keep you on your toes but the game is very deliberately paced.

Shenmue II is a different beast however, kicking off with action beats from the start. It allows you to import your save game from the original so you keep your progression and any moves you’ve learnt. Progression is a little more linear in the sequel, having to do things in a specific order compared to how you often had multiple ways of finding out information in the original but this actually plays into the sequels pacing much better.

In both titles you’ll be partaking in minigames and side activities to break up your questing, ranging from looking after a cat, buying gachapon to fill out your collection and throwing darts to playing arcade games like Space Harrier and Out Run. There are a wide range of things to do to distract you whilst you are waiting for time to pass. 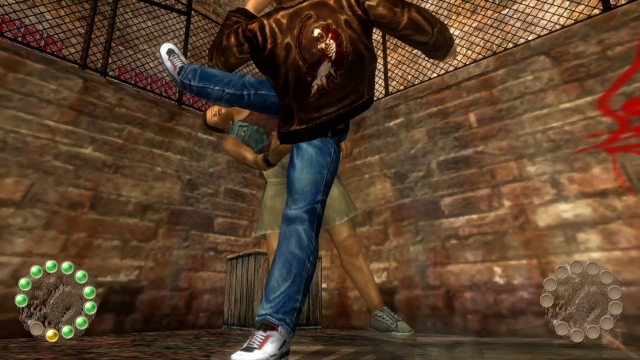 As for the port itself, it’s a bit of a mixed bag, for technical reasons the cutscenes remain in a 4:3 aspect ratio although gameplay itself gains full widescreen support. The game also retains its original 30 frames per second cap due to internal reliance in the engine. Visual options on PC are light but sensible additions, borderless windowed mode is supported and there is built-in support for supersampling, along with bloom and FXAA toggles. On the plus side the games aren’t very demanding so turning everything up to get nice crisp edges should be doable for most.

The games have all new artwork for the interface screens, with a nice nod to the games origins being the use of the Dreamcast Controller and Visual Memory Unit icons as category headings, but anyone hoping for a full remaster will be disappointed. Game assets themselves haven’t been touched at all which makes certain low resolution texture work look terrible when displayed at HD resolutions. Although on the whole, the art style holds up quite well for a pair of titles nearly 20 years old. Visually you are getting the title as it originally looked but in widescreen and with nice clean edges and texture filtering, nothing more and nothing less.

Dual audio support is included for the first time with the option for either English or Japanese voicework with multiple languages supported for subtitles. The English localisation hasn’t been re-recorded so the voicework is still extremely stilted, with very unnatural conversation. Ryo is seemingly surprised by basic concepts as well as his habit of asking really vague questions and repeating phrases back to the person issuing them. 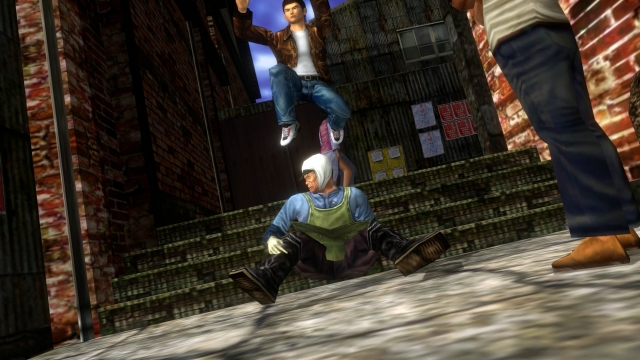 It would have been lovely if we’d gotten a redub but the original does have an odd charm to it, and at least you can turn on the more natural sounding Japanese audio if it starts to eat away at your soul. One thing that stands out more today than when playing on the Dreamcast original is the audio quality though.

From the very start you’ll hear the soft muffled artifacts of compressed audio whenever anyone speaks which suggests they’ve had to use the assets from the original games rather than the source recordings (presumably they no longer exist). This is a huge shame as it can be quite distracting now we are used to crystal clear audio rather than being pleased to hear anything at all out of our TVs. It’s quite noticeable on the English voiceover, and not quite as bad on the Japanese one but it doesn’t make the sillier lines from the English dub come across any better.

This re-release does just enough to get the games working on modern platforms and having them available for a new generation is great but it’s a shame more love wasn’t put into it. After almost 20 years it feels like the series getting a touchup would be the right thing to do, at least with some of the more egregious looking low resolution art and the audio. But what we have is a solid port that brings the games to modern systems in a sympathetic if unremarkable way. 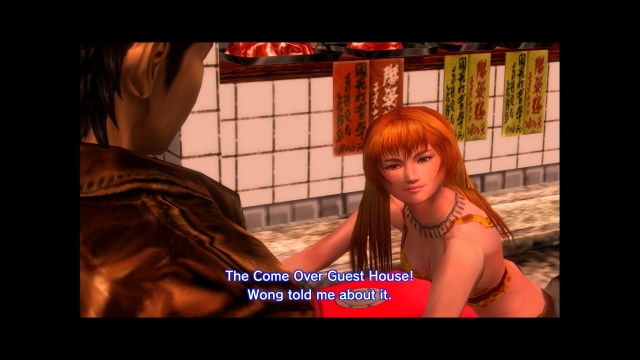 The Shenmue series is still as engrossing and entertaining as ever, despite showing their age a little. The first game in particular might feel like a bit of a slog for newcomers with its reliance on you following hints to figure out what to do to progress, but it’s worth persevering with as the story does pick up from around the midpoint and progresses neatly onwards into Shenmue II.

Shenmue I & II are weird games to review as they are very much a product of their time, trailblazing and uniquely inspiring many games today. The Yakuza series most visibly borrows from its DNA and the structure and schedule of open world titles we take for granted owe a lot to the series especially. Long term fans will love the dual audio support, modern changes to controls and being able to save anywhere while newcomers have an intriguing and exciting saga to play for the first time with these niceties in place from the start.

They still hold up as fun experiences and are 100% worth playing in 2018 especially for anyone with an interest in Shenmue III next year. It does feel like Sega have missed an opportunity to really make a big deal about these classics and put more effort in. The slightly muffled compressed sounding voice samples are the biggest disappointment too for sure but they don’t detract from the experience as a whole and the fact more people can play these genuine classics is a great thing. We all still need to see Ryo get revenge after all…

Shenmue I & II (Reviewed on Windows)

Shenmue I & II brings the Dreamcast classics to a new audience as well as those nostalgic for the old days. They are still fun, exciting games even with a few quirks due to their age and are well worth playing in 2018.