Shortest Trip to Earth sees you stranded deep in space, forced to barter, scavenge and fight your way back home. How does this top-down strategy roguelite fare? 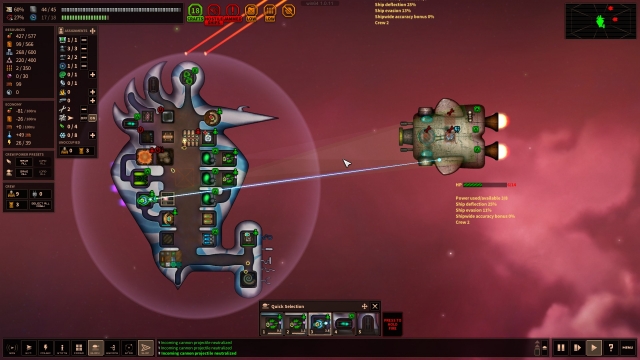 Tasked with traversing 10 sectors of procedurally generated space, you initially get to pick one of a number of ship designs as well as customise your start by picking from a selection of perks, some specific to the ship you choose, along with naming your crew.

Once in the game proper you are presented with a star map showing local points of interest. These could be planets, debris or enemy areas and visiting the non-hostile options will generally trigger events that either award resources or cause you to lose them, whereas entering a hostile zone or otherwise encountering an enemy ship will start a battle. 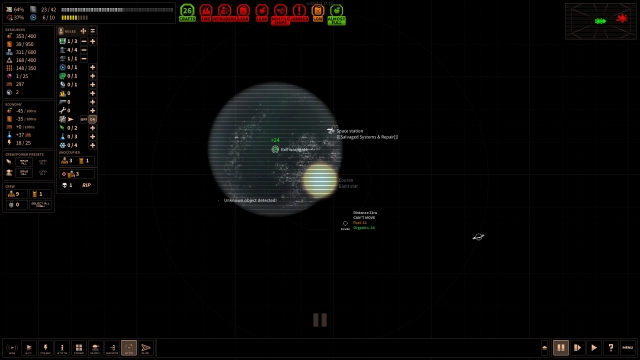 Resource management is key in Shortest Trip to Earth; you have a number of different resources, metals (usually used for repairing your ship), synthetics (usually used for repairing ship modules), organics (used to feed and heal active crew) and more like explosives, exotics and credits. Keeping track of which modules require which resource as well as what ways you have of obtaining each is critical as you can obtain modules which will convert one to another.

As well as resources, you have your crew to keep on top of. Each member has a variety of skills, from bridge management to shield and warp skill and even gardening, you’ll want as much competence as you can. Robots and pets can even help here and it’s not unusual to have the ships feline companion to be the most skilled at piloting your ragtag group home. 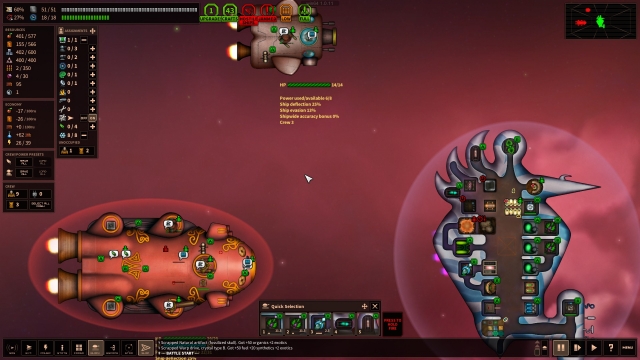 Then you have battles, where your all important module choices and crew micro-management plays out. Each ship has a number of slots for a variety of modules, from cryopods (for crew to sleep in and not use up your food supply whilst travelling) and hydroponics (to grow food so when you forget to send your crew to cryo they don’t all starve) to DIY nuke launchers. How you lay these out and choose to power them can make all the difference when ordering folk between them.

Battles themselves are mostly static affairs with you choosing where to fire and hoping things go where you want. Targeting specific subsystems or aiming more generally is important but it gets more involved once enemy boarding parties arrive. Shortest Trip then almost feels like an RTS as you try to micromanage the crew you have that can actually aim to fend off the invading force. 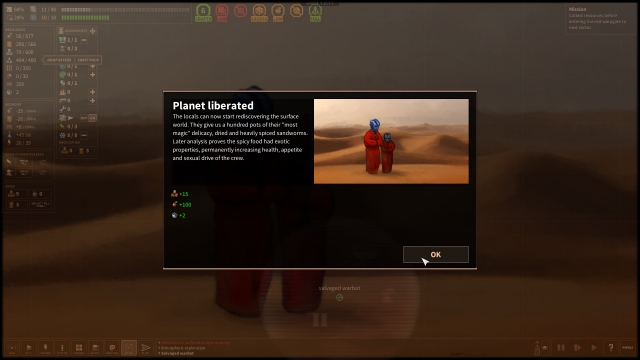 Traversing the system uses up fuel but so does warping to the next system as you work your way to the end of each sector. This forces you to weigh up exploration over progression as it’s very easy to get stranded without enough fuel to progress. If this happens you can trigger an SOS beacon but you might not get a friendly response.

As you warp from system to system you are constantly trying to balance upgrading your ship, levelling up your crew and trying to keep your resources in check and it’s a lot to keep on top of. The game is most definitely not easy, and unfortunately the interface doesn’t really help out. Some elements like levelling up or even selecting crew can be more tedious than they should be, requiring more clicks than necessary. But in general it’s very good about informing you about how modules work or what resources do with tooltips on everything.

At first glance, Shortest Trip to Earth appears reminiscent of something akin to FTL: Faster Than Light and that’s not a bad initial comparison but Shortest Trip has a lot going on to differentiate itself from that title. The complexity of resources, modules and crew and how they all interact makes it a lot more involved than FTL, the difficulty can feel really brutal at times too.

If you are hankering for a space roguelite in that vein however you’ll probably find a lot to like about Shortest Trip to Earth, just be prepared for a difficult journey ahead and be ready to take orders from your feline captain!

A difficult, interesting journey through deep space that constantly has you making interesting decisions. The complexity isn’t always a good thing but there is a ton of replay value here.