Two decades after the debut of Space Channel 5 intergalactic space reporter Ulala is finally back on the air. Like last year’s Shenmue 3, it’s another beloved Dreamcast IP that SEGA may not care much for but have kindly allowed former team members to give a new lease of life. In Space Channel 5’s case, this long-awaited follow-up has been licensed to indie developer Grounding Inc, whose founders have combined credits on the original Space Channel 5, Rez and the Panzer Dragoon series.

The simple Simon Says mechanics of the original game remain intact but the obvious difference in Kinda Funky News Flash is that players now step into this retro sci-fi world in VR, meaning instead of just pressing buttons, actions are now done through motion controls via a pair of Move controllers.

The original game also lacked conventional visual cues, meaning you had to follow the rhythm through memory alone, which was actually easier if you played while dancing (or at least tapping your feet). So it naturally makes sense that this latest installment is played by actually dancing with hand movements and poses. 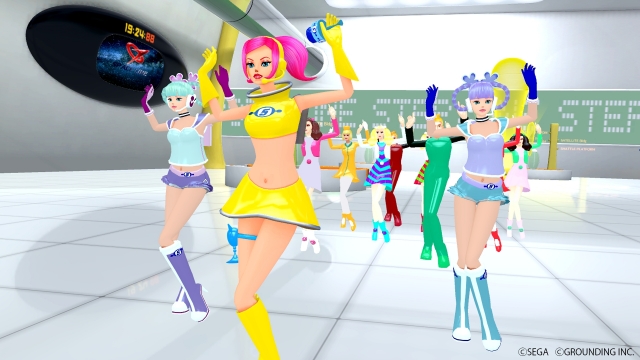 The biggest difference of all is that you’re not actually playing as Ulala but rather a rookie reporter (there’s two of them in fact, Lou and Kee - get it?) who conveniently stands to the side behind Ulala during missions. It’s a great idea since Ulala is a star you’d rather see in action than become, but more importantly she’s also performing the dance moves, so you actually have much clearer visual and audio cues to follow than before. You’re also not a pair of disembodied hands but given a whole body, even if you ultimately only have control of your arms (and yes, lads, you do have boobs).

The difficulty is also considerably more lenient than the strict timings of the original. This time three incorrect moves in a row means game over, but it’s also instantly reset if you get a dance sequence correct, whereas before recovering lost health was much trickier. But you can also just opt to play it in a safe mode with no game overs (which is fine if you’re not fussed about unlocking any trophies).

The leniency extends to the motion detection, which seems just as well since the Move controller’s tech still isn’t the most precise but the steps are basic enough to not be too taxing. You still have to pay attention to body language so moving to the side might mean moving with your arms in one instance then with your feet the next (or rather head, since the camera’s only tracking your headset). On the other hand, if you’re being directed to ‘chu’ with your left then right hand, extending both arms at the same time still counts. 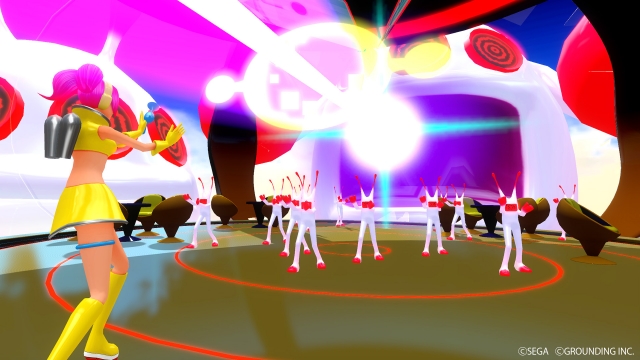 The lowered difficulty however means that Kinda Funky is also over in a flash. Made up of just four levels, you can zip through the whole story in under half an hour, which leaves the £36.99 / $39.99 price tag a real hard sell.

Granted, the original Space Channel 5 was also only four levels but Kinda Funky’s levels are also far shorter and more basic, while requiring less memory and mastery (the first two levels are also essentially an abridged retread from the previous games). Where the original also provided new secret routes on your second run, the ‘secrets’ in Kinda Funky are little more than some random blue collectibles that you have to touch when they pop up. So aside from getting a 100% score, there’s little incentive to replay.

Additional modes are also woefully short-lived, the misleadingly named Arcade mode actually just an introductory mode that lets you play through the first level without scoring or penalties. The 100-level challenge is quite fun as it escalates with hilarious poses and names, but also turns out not to be as towering a challenge as it sounds. 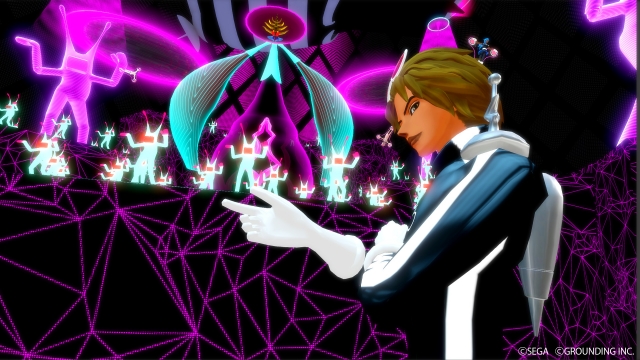 Sure, the game also ‘kinda’ calculates the number of calories you burn, but overall gameplay is pretty basic that if you’re going to use a VR music game for exercise you’re better off with the far superior and more affordable Beat Saber.

And yet it’s hard to fault the joy of swinging back into this fabulous world. It’s hardly the greatest showcase for VR but the visuals keep to the same minimal retro sci-fi aesthetics of the original. The Mexican Flyer returns in all its jazzy glory as does a catchy soundtrack that also has some more contemporary EDM influences later on. While Apollo Smile sadly doesn’t reprise her role as Ulala, Cherami Leigh (Persona 5, Judgment) fills those boots wonderfully (naturally there’s no sign of Space Michael, but that’s probably for the best).

For the majority of you wanting to get your groove back, chances are the free downloadable demo will suffice or you might want to wait for a sale. Nonetheless, there is fun to be had with Kinda Funky even if it’s kinda short. If anything, it’s got me wanting a Samba de Amigo VR game next, while I’ll be undoubtedly a sucker for the Hatsune Miku DLC that’s also been confirmed.

A delightful albeit brief return for Ulala in VR, which while hardly game-changing for the tech, brings back the simple joy of dance for space cats everywhere. 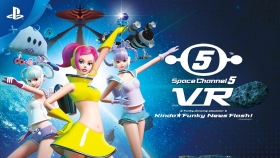