Let's start off by talking about the aesthetics. This game looks gorgeous, but not gorgeous in a way where it looks pretty; gorgeous in the way that everything is covered in blood, and it really does a great job of pulling you into the world, making you understand that the world is dark and grim. From blood-soaked walls to pits of needles, this world has an atmosphere. Even when you die by a saw, that saw will be dripping of blood even after you have died. 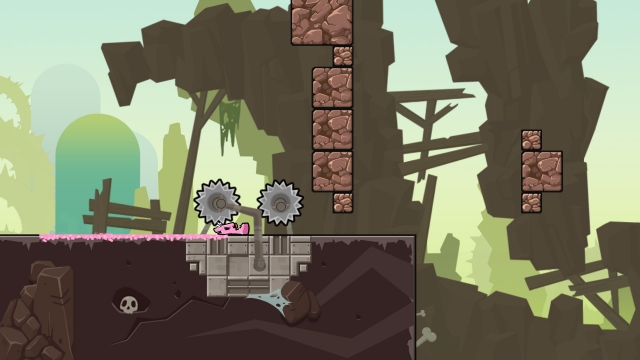 The biggest change from the original game sees our protagonist being an uncontrollable running machine. Whereas in the previous games you could dictate every jump, every slide and every move, you now have limited controls and Meat Boy will only run in one direction. There are no precise movements, you are instead forced to go specific routes that the developer has plotted out. While this does allow the developer to design levels that may hide secret routes that you have to look out for, this wasn’t what I expected from the next iteration of the series. It does work well here with puzzles that have you change directions by jumping on a wall at a specific time to avoid an obstacle just to backtrack on yourself and have to dodge the last ten obstacles you just beat.

The soundtrack in this title is true to the original, with another set of background songs that will keep fans happy. From thumping low tracks that hype you up when beating that mega difficult boss, to sad tracks when important story bits happen, Super Meat Boy Forever has it all and the soundtrack is great.

Boss battles are an important part of this game and there are a few that happen throughout the game. From a giant Meat Boy crushing robot to a giant circle made of glass, this game definitely bumps up the difficulty when challenging you to beat one of the many bosses. These boss battles are often solved by mechanics that you have been using in that world, from jumping over obstacles, to jumping through obstacles in mid-air and using your special dodge mechanic. The boss battles can be infuriating if you don’t put into practise what the game has taught you. 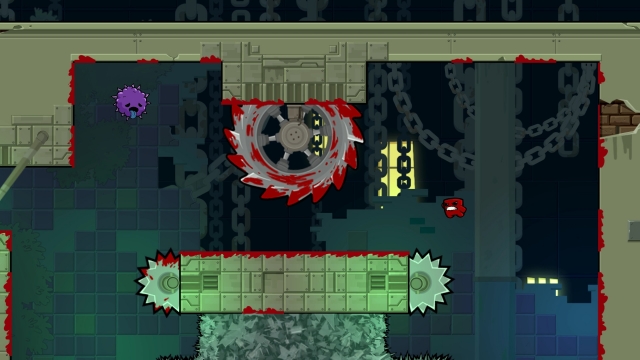 There are a decent amount of levels in Super Meat Boy Forever, and while the game does have a story I found that I really just didn’t care, it did nothing to drag me in, and I found myself not really caring about the story and I just wanted to explore some of the latter levels where the difficulty really picks up. The story lacks the dark themes that were subtly present in the original game, and this is disappointing to say the least.

While Super Meat Boy Forever is a good game, it really doesn’t compare to the original sense of precision movement and extreme difficulty that stuck out to the fans.