It feels like a long time since I first started playing Telltale’s take on the phenomenon that is A Game of Thrones. Perhaps, like a person who has binge-watched the shows and then powered through George R. R. Martin’s book series, I entered a wide-eyed innocent and emerged a brow-beaten veteran.

A Game of Thrones Episode 6: The Ice Dragon arrives almost a year after the first episode in the series popped up on my radar. Telltale, a company with which I had become familiar with thanks to their great Walking Dead series, were just beginning to stretch their creative wings (and court as many IPs as possible) when Game of Thrones Episode 1 arrived in my steam library. Episode 6 is much like the preceding five in the series, which you will be familiar with unless you’re some form of sadist who likes to play games backwards. The new chapter features the same quick-time dialogue and action in a two-hour chapter that fans of Telltale will be familiar with.

Making a comeback, too, are the sort-of cel-shaded graphics that have made Telltale’s previous titles stand out. Though many were unsure whether it could work in the grim and brutal world of Westeros (and Essos), Telltale have done a fine job in recreating the best-loved scenes and worlds from the television series. Characters are lovingly crafted to look almost identical to their television counterparts and are voiced superbly by their HBO actors. Telltale’s own characters, too, created from their writers’ imaginations, are so well steeped in the traditions of the lore that you half expect to see them crop up on the next season or in the next book. 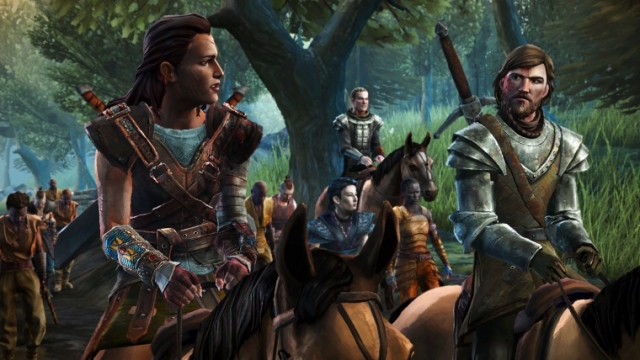 It is a shame, then, that as the final credits of the game rolled by me I fell back into my chair with a disappointed sigh. The things that Telltale got so very right with this game feel so excellent that when things hit the rocks they hit them hard and with such force that your entire immersion (in what is a lovingly crafted world) is jilted.

As with previous iterations in the series, Episode 6 follows the trials and tribulations of the Forrester family. From the North and betrayed at the Twins by Walder Frey along with their king, Robb Stark. By this, the final episode of the seasons, the clan find themselves in dire straits. Surrounded on all sides by enemies and pressed into almost defeat it’s up to the player to try and wriggle them away from their impending doom.

A lot of loose ends are there to be tied by Episode 6 and it goes some way into ensuring that the story has a satisfying ending. The way these ends are tied, though, bring up a lot of the same complaints I had with the previous episode: not a lot of the decisions you make appear to have any consequence whatsoever. 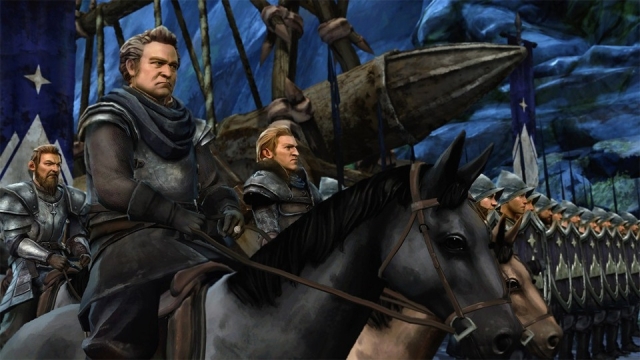 Every character that you play as (who has survived up until this episode) – whether naïve handmaiden Mira or loyal steward Gared Tuttle – seems to have had one key decision to make throughout the series. Apart from these key decisions, the ending is pre-determined. Sure, one character may like you while another dislikes you and an offhand comment here or there might differentiate your play through from your friend’s but essentially the end is the same either way. Telltale have got better at disguising this fact in Episode 6, with a number of choices that change the way a certain character acts or feels, but the result is still the same.

Some decisions are made with no real thought to outside possibilities. Faced with a battering ram at the gates, I was pressed to choose what to do to defend the Forrester’s keep, Ironrath. The choices were to either brace the gate or get to cover from the arrows falling onto the walls. No option was given for attacking with fire arrows or something to disable the ram, leaving me frustrated. Another option later on, which seems incongruous at first, turns out to change the entire ending for that character.

My ire can also be seen as a blessing in disguise. The reason I was so annoyed at many of these forced endings was that I truly cared for the outcome. I wanted the best for this cast of characters that I had gotten to know over a year with the series. Seeing them reduced to cannon fodder or tossed aside casually because it seemed inconvenient to the writers was more than irritating. Then again, perhaps that is a well-intentioned mirror of the cut-throat world of A Game of Thrones? 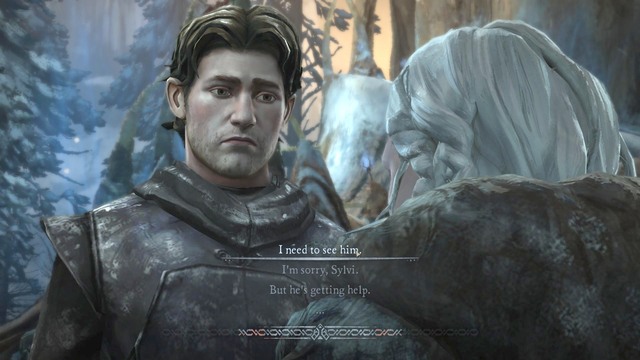 Another factor to consider in this railroading of player endings is that Telltale are slightly more hampered by the progression of their story. Compared to The Walking Dead, where the team had the entirety of zombified America, with no canon or established lore to bump into, Westeros is a minefield of established characters, plot shields and timelines. With the ending of Episode 6 hinting at the now confirmed second season, perhaps that will be the medium through which the writing team can flex their creative muscles with more freedom.

Telltale’s A Game of Thrones: Episode 6 is a worthy, if slightly underwhelming, ending to the developer’s first crack at the subject matter. Perhaps with some time and a little more creative freedom they might be able to craft a truly open-ended story to satisfy even the most finicky of gamers. Despite this series not being the most free-flowing or player immersive, the developer can be proud of the way it has managed to bring George R. R. Martin’s world to life in a way that no other videogame has managed so far.

Game of Thrones - A Telltale Games Series (Reviewed on Windows)

Telltale’s Game of Thrones: Episode 6 is a worthy, if slightly underwhelming, ending to the developer’s first crack at the subject matter. Perhaps with some time and a little more creative freedom they might be able to craft a truly open-ended story to satisfy even the most finicky of gamers.

I havent got round to playing the last episode yet I have it both on steam and the PS4 but from what I felt was that it didnt give you enough time to be able to choose what you truely wanted, I enjoyed reading this and i'm not sure if I want to compleat it now as it just frustrated me that when I was reading (im not a fast reader) it choose the answer for me or moaned for not picking something quickly.

If its hinting about anything about the season coming soon then I will stay clear as im already nervously waiting to hear on Jon Snow and about the others.