Tennis videogames aren’t exactly known for being the pinnacle of sports games but fans of the sport should at least expect a serviceable game. Unfortunately, that’s not what tennis fans got with the first Tennis World Tour game. Critics and consumers alike largely blasted the game with an average score of 4.5 and 3.1 respectively on review aggregate website Metacritic. In other worlds, it would take a lot of effort for this sequel to do even worse than its predecessor.

That being said, gone are old developers Breakpoint Studios and in comes Big Ant Studios; a familiar name to fans of the AO Tennis games. With their pedigree in tennis videogames, can they turn this franchise around? It’s certainly a promising start. Tennis World Tour 2 makes a slew of improvements over its disappointing predecessor. With new features, modes, courts, more realism and boasting a roster of 38 top tennis players, it's a more comprehensive sequel without a doubt. 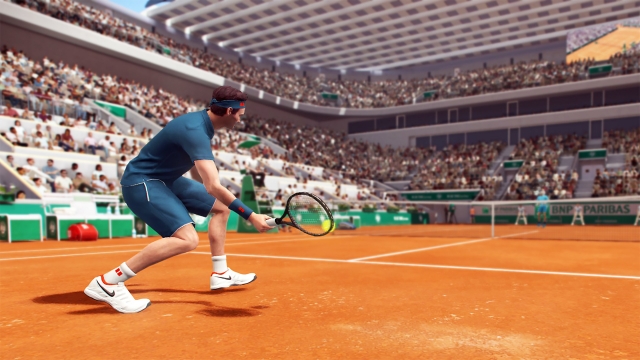 In terms of new features, Tennis World Tour 2 adds the ability to play doubles matches with up to four players locally and online, a competitive mode, an improved serve system and a new shot timing mechanic. The shot timing mechanic is pivotal to the entire gameplay experience. Whereas tennis videogames like Virtua Tennis favoured a more pick-up-and-play style, Tennis World Tour 2 instead focuses on a strategic style.

Personally, I’m really not a fan of how this is implemented. You see, usually when games require you to time a shot, there’s some sort of bar or the like to gauge your shot. In Tennis World Tour 2, however, that’s not the case. Put simply, it’s mostly left to guesswork and the eye test. Even during the opening tutorial section, there’s no real explanation of how it works. I won’t hide the fact that I struggled with this system even after hours of practice. My ego urges me to blame it solely on a poor design choice and even objectively I consider that mostly true. 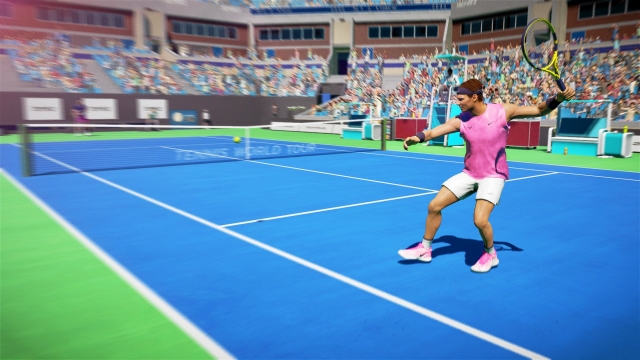 I would be more understanding of the game including a tricky timing mechanic were it a means of staying true to being a realistic simulator. Nevertheless, Tennis World Tour 2 is a game that seems unable to make up its mind between realistic simulation and arcade gameplay. Pointedly, the inclusion of a card system whereby equipping cards provide temporary boosts contradicts the realistic simulation gameplay. In the end, it comes across as a game that’s confused about what it wants to be and not settling on either leaves both unfulfilled.

Like any sports game, Tennis World Tour 2 features multiple game modes. These include Career, Quick Match, Online, Tournament, and Ranked Match. The Career mode does not live up to the heights of Career modes in other sports videogames. Naturally, you’ll be competing in tournaments and upgrading your character along the way. It has the basic foundations of a Career mode but lacks anything to make it stand out from the crowd. In the end, it makes for a rather unexceptional time.

The rest of the modes are rather self-explanatory. Quick Match and Online play work without issue and generally the online experience runs without fault. Tournaments let you set-up a custom tournament. Ranked Match is a more competitive mode with leagues and the sort to climb and rank up. The new feature allowing you to play in Doubles is most welcome, though the AI is not very intuitive. 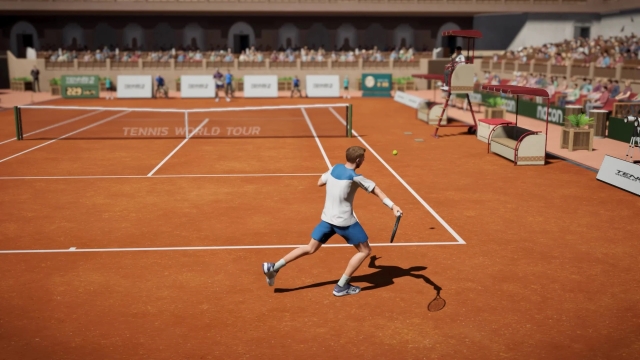 Graphically, Tennis World Tour 2 is a far way off pushing the boundaries of what is visually possible. Given the smaller scope of a sports game compared to other genres, you often expect them to excel in this area. Tennis World Tour 2 is certainly passable but it doesn’t quite match other modern sports videogames in this respect. Animations look and feel better compared to its predecessor but are still too stiff to replicate the high-octane action and fluidity of real life tennis.

All in all, Tennis World Tour 2 marks a notable improvement over its predecessor. Though, admittedly, that’s not saying too much when you consider just how poor it was. This seems like a franchise on the right track now but there’s a long road ahead before it can match and compete with other top sporting videogames.