The Artful Escape takes you through an eccentric wonderland filled with innovativeness in each aspect. This multicoloured story about self-exploration and acceptance is rather relatable and truly something out of the ordinary.

The Artful Escape follows the story of the young musician, Francis Vendetti, who lives in the small town of Calypso. Francis’s late uncle, Johnson Vendetti, was a famous folk musician and a superstar. Everyone wants Francis to continue where his uncle left off - everyone except Francis himself. The base story of the game revolves around self-acceptance and overcoming your insecurities. There is a festival being held in Calypso to celebrate the legacy of Francis’s late uncle, where he himself has his debut show. But the night before the concert, Francis experiences something unusual. He comes across a mysterious man from outer space known as the Lightman, who takes him on a journey through the Cosmic Extraordinary which changes everything for Francis. 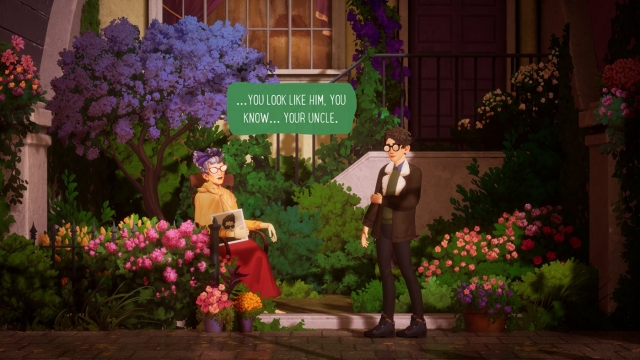 Francis realises that folk music might not be for him but doubts himself constantly, both because he cares too much about what the people around him say and because he is living in his uncle’s shadow. This story of breaking free from people’s expectations and self-acceptance is already pretty but what makes it better is that it’s packed with some of the best visuals and music you’ll ever encounter in a game.

All of the characters and environments are imaginative and some of them are downright crazy - in a good way. Since immediate dialogues play a key role in the narrative, I was glad when I heard the voiceacting, it was pretty good. 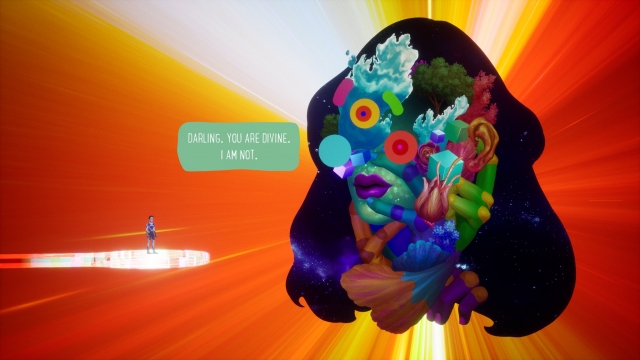 Artful Escape is a linear, narrative-driven experience with little to no interactiveness. You will explore new beautiful planets but you barely move left to right and sometimes jump. There are some bosses, or things that act like bosses, that you must impress with your music to keep going. You have to perform a Simon Says-esque mini-game and repeat the same button presses as the boss-things, which frankly isn’t challenging at all and is the most complex the gameplay gets.

This is a lacklustre element of the game and might be a reason that people stop playing The Artful Escape. Having the controller just point in one direction and holding onto two buttons the entire game is not only boring but can also make your thumb sore.

However, the landscape and the soundtrack somewhat make up for the lack of gameplay. Every single level is unique and jaw-dropping which kept my eyes glued for the short five hours of runtime.

Throughout the journey from a small town all the way through the ‘Cosmic Extraordinary’, The Artful Escape moves from one appealing frame to another, it is a rather trippy ride with each level having distinct visuals and music, with the tracks holding just as well as the visuals.

Holding X to shred our holographic guitar isn’t something you need to do but you end up doing it anyway because it feels good, by changing the backing music and adding more detail to the environments as if they weren’t pleasing enough already. The aforementioned Simon Says-esque missions end with a synchronous rock music session which also sounds incredible. 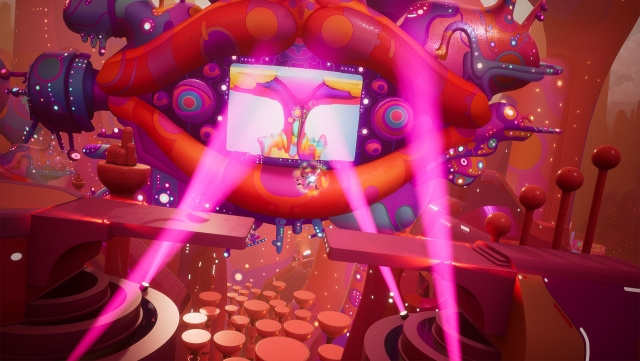 Besides the seemingly limited gameplay, the game also lacks in the open-world department with little spaces to explore and no collectibles. There are only random dialogues that in no way contribute to the story and seem rather unnecessary, therefore I was surprised when I saw the game experiencing occasional frame drops. For a game as undemanding as this is, it was unpleasant to face consistent frame drops.

The Artful Escape tells a rather relatable story with unique environments that are beyond good for what is meant to be a 2D platformer. What starts in a small town, ends up taking you through beaches, deserts, jungles, and cityscapes, with weird alien creatures each helping Francis discover his true self, is a truly crazy but unique ride. The voiceacting adds extra polish to the game, which also helps make up for the extremely bland gameplay.

The Artful Escape is a great visual-novel and a rock and roll dream. It is one of the best looking games I’ve played with an equally interesting narrative. However, the severe lack of interactiveness really drags down the game.