What do you get if you take some unremarkable dungeon crawling, mostly substandard writing, a splash of Persona-esque veneer and a unique and interesting battle system? The Caligula Effect: Overdose, that’s what. Overdose is an enhanced remake of the original The Caligula Effect released on PlayStation Vita in 2017, taking that game and injecting it into Unreal Engine 4 with a makeover and some new additions. 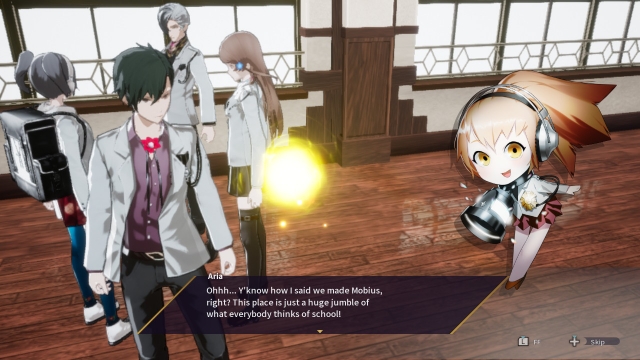 The Caligula Effect: Overdose is set in a VR world known as Mobius where a couple of AI Virtuadolls (basically Vocaloids, think Hatsune Miku), Mu and Aria, who were tasked with creating music became self-aware and want to keep people happy at all costs. To this end, they ended up trapping people who were unhappy, conflicted or lost in the real world, with Mu’s vocal talents able to brainwash the masses as they contently relive their school life over and over.

Of course, you as the protagonist notice something is wrong when someone you remember as graduating appears again as a first-year student, causing you to break free of the Groundhog Day-like shenanigans. You ultimately meet other students who’ve noticed something amiss and have formed the Go-Home Club and are determined to find a way out of the simulation. 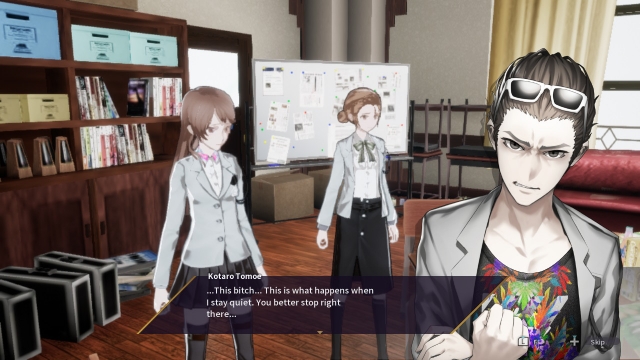 This is an interesting and unique setup, and the game attempts to touch on some pretty serious concepts such as body shaming, gender and self-harm as you venture through the game’s dungeons and get to understand the characters. These include both the Go-Home Club themselves and Mu’s Ostinato Musicians, enforcers she has given power to keep things in check.

Unfortunately, either the original script or the localised dialogue just isn’t up to the task. It’s poorly written, with characters like Kotaro reliant on just blurting out dialogue with “bitch” in every opportunity he gets. His immature nature makes more sense later on, but the writing is lazy and clunky.

The game’s combat is an interesting turn-based affair. It allows you to queue up to three actions per party member which become visible on a timeline, you can shuffle these actions around the timeline. You get a visual preview with a percentage of how likely it is to play out so you can co-ordinate attacks. Characters often have attacks that can only apply to enemies in the air or in a grounded state so being able to plan out how and when things happen is essential. 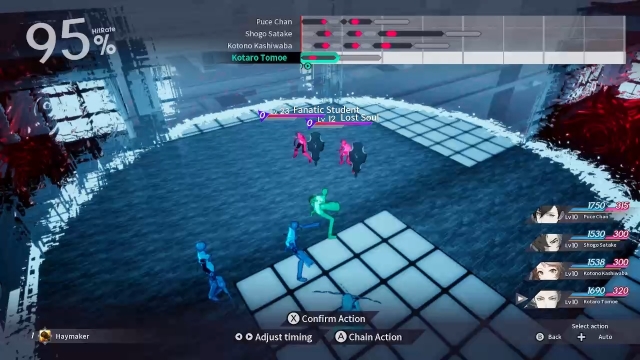 This could all become a bit unwieldy over the length of the game, but the developers have seen fit to include an auto-battle option that helps out greatly to keep things moving in simpler battles. It allows you to just specify the party leaders attacks and the rest of the team will join in with often suboptimal attacks, but it gets the job done for the most part. You can toggle it at any time in battle so if you want to take over for full control you can.

The game’s creative team consists of folk originally involved with the original Persona titles and it does show. Some of that series’ feel and setup creep across in both the overall scenario and in the revamped user interface which has been totally rejigged from the PlayStation Vita incarnation.

The remake’s move to Unreal Engine 4 produces some nice visuals in spots, including some really rather nice digital/VR glitch effects which delimit the bounds when you enter a battle. Unfortunately the game’s dungeons are drab looking copy and paste affairs that don’t really benefit from the engine change. They are featureless spaces that pretty much require you to have the map overlay on at all times so you don’t get lost which is a huge shame.

The visuals don’t appear substantially better than the Vita release at first glance either and the game can still suffer poor performance with frame rate dips in open areas or in situations where there are lots of enemies. At least on the Nintendo Switch release, it’s never bad enough to pull you out of the experience due to the nature of the game, but it’s still not ideal and is visibly noticeable. 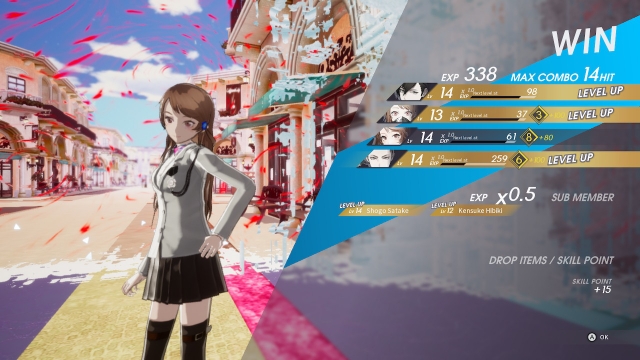 The new interface design for Overdose is nice and clean, with lots of sharp lines and muted colours, but it does lose a lot of character that the original had. This undoubtedly looks a lot nicer when played in docked mode on a TV although no concessions have been made to adjust any of the interface visuals in portable mode, the game simply scales down to 720p making a lot of the text much harder to see. It doesn’t make it unplayable but it is just another area that feels like an afterthought.

Audio is pretty good overall with good Japanese voicework when used and the soundtrack is pleasant enough, it does have a neat touch where vocals kick in when you enter a battle. There are some great tracks here, but there is a lot of repetition and if you don’t like the battle theme you will probably go insane.

Outside the graphical overhaul, The Caligula Effect: Overdose adds new characters, the option to play as a female protagonist, an alternative story path and new Overdose moves in combat. The new story path and interactions with the alternative player character certainly give it some replay value, but the issues with the game are still the same. 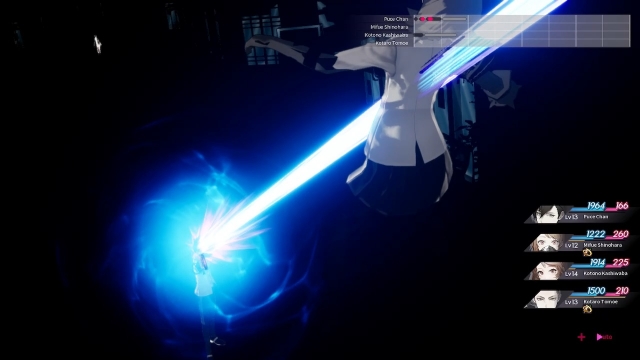 There is nothing overtly wrong with The Caligula Effect: Overdose, it just feels a little generic and by the numbers. The story has its moments, but the poor localisation makes it a lot harder going than it should. The combat system is clever and fun, but the dungeon crawling and exploration are extremely dull. It all just lacks a bit of character and pizazz. Which is something you could never accuse the later Persona games of lacking!

If you are after a JRPG that attempts to walk similar ground to the Persona games and are okay with it coming up short in comparison when it comes to character and plot then on a purely mechanical level Overdose can definitely be a good time. Overall though the game is pretty forgettable and that’s a bit of a shame.

A competent if flawed JRPG that has a unique combat system undermined by poor localisation as well as just dull implementation. If you are after a Persona-like RPG you might get some enjoyment from this, but it’s pretty generic fare.

Shame about the localisation. Will keep an eye out for this in a sale.

It's definitely a shame... the combat system is really fun to play with and the concept is fun enough. It's just a shame the writing and exploration let it down. It'd be a much easier sell in a sale! :)