Bandersnatch. Late Shift. Telling Lies. What does that say to you about interactive movies?

No, there’s not too many of them. As Alan Partridge would say, “People like them, let’s make some more of them!”

Wales Interactive is back again, with prior outings Late Shift, The Bunker and The Shapeshifting Detective behind them – all also full motion video (FMV) interactive movies. The Complex is the latest in a genre it is hoping to be able to take into the mainstream, written by Lynn Renee Maxcy of The Handmaid’s Tale. 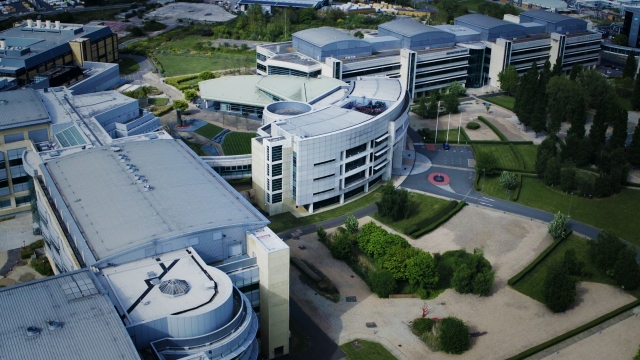 The underlying plot is simple enough: a major bio-weapon attack has just unravelled in central London, with two scientists finding themselves trapped in a locked-down laboratory. Seems fitting at a time of nationwide lockdown caused by COVID-19. Dr. Amy Tenent, played by Michelle Mylett (most famous for Hulu’s Letterkenny), is the central character, joined by Rees Wakefield (played by Al Weaver, Grantchester), a wisecracking former partner of Tenent’s.

For the most part, the central performances are good. Kate Dickie, who most of will know as Lisa Arryn from Game of Thrones, is the most familiar face from the ensemble, playing Nathalie Kensington, owner of Kensington Corp. Some may also recognise a brief cameo from streamer Leah Viathan. Unfortunately though, the most unconvincing performance is that of the main protagonist. She just isn’t urgent enough; they’re stuck in a locked-down laboratory and it almost comes across like she has little desire to get out. There’s another character, Parker Caplani, who instead of coming across like the self-confident guy that he’s supposed to, is just annoying – and not in a good way.

However, a bigger issue I have is that I never really felt I got to know the characters at all. Granted, there is a tracker at the end of each playthrough that shows how choices made affected Amy Tenent’s personality and relationships, not that it really appeared to make a huge amount of difference to how characters treated me during my playthroughs. The script is chock-full of exposition in a bid to hastily develop relationships over its relatively limited run time; in my first playthrough I was done in probably 90 minutes or so. 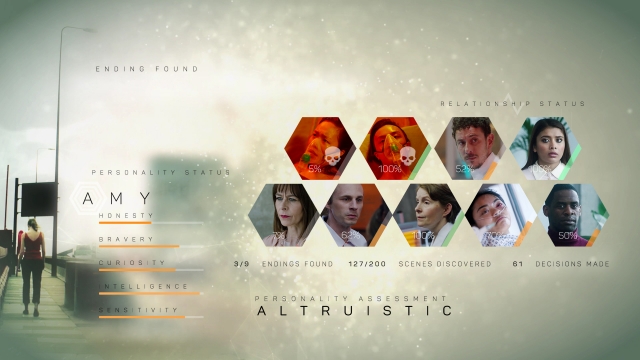 The choices made certainly do alter the path of the story, with some scenes not included at all when making certain decisions, and some of the endings reveal more about the ultimate motivation of each character. At the time of writing, I had completed five of the total eight possible endings (excluding an extra “hidden” one that I got to). Some of them are similar, some are quite different, and not all are hugely satisfying. The path to actually get there though remains fairly similar no matter what is chosen, so the story never really diverges as much as I might have expected. On further playthroughs, I could therefore better recognise which choices had more weight behind them, as I had already seen their consequences (or lack thereof in some cases).

In most situations though, the reliance on the player to make decisions are well placed. There isn’t much time given to respond once the options come up, in an attempt to mimic the lack of time Amy Tenent usually has to come up with an answer. A couple of times the game asks for a character to be delegated a particular task, providing a list of names to choose. It threw me off guard a couple of times because I couldn’t remember who was who! 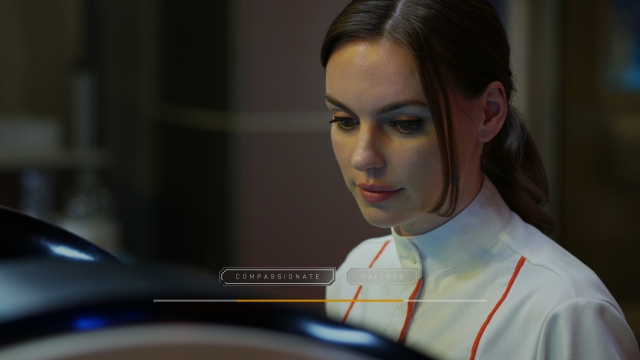 The end result feels like a package that isn’t a great game, and doesn’t have enough depth in character to be considered a feature film. It feels stunted, and at no point I ever felt truly engaged in the dialogue or in the events depicted. During transition scenes, there are some odd shots that might feel well suited to a typical videogame, such as characters laying items down on tables, but in live action it just doesn’t work the same way. Sound is also muffled and low quality in certain areas, in particular the voices in a car scene early on. This is clearly a genre very difficult to pull off successfully, and this certainly is not a terrible attempt. It’s passable, but only for those who have a real dedication to this type of media.

The Complex (Reviewed on Xbox One)

Performances are mostly solid aside from the main protagonist, but the lacklustre script with a severe lack of character development aside from large amounts of exposition make it difficult to really care about any of them. Some of the endings are quite abrupt, leaving an unsatisfying finish. I find it unlikely that The Complex will win fans over to the genre, but those who do have a dedication may find something to enjoy.