The Elder Scrolls V: Skyrim - Special Edition aims to give the five-year old open-world RPG a bit of spit and polish to bring it up to date for the current generation. Transplanting the game into the shinier more robust engine that drove Fallout 4 brings with it visual enhancements but sadly, little else.

First things first, a little refresher on what Skyrim is. It’s the latest entry in the well-loved Elder Scrolls series of open-world RPGs, taking place in the harsh cold continent of Skyrim; home to the hardy, seafaring Nords. Escaping your captors at the start of the game due to a rather fortuitous sequence of events, you discover you may be what the Nords call; the Dragonborn. 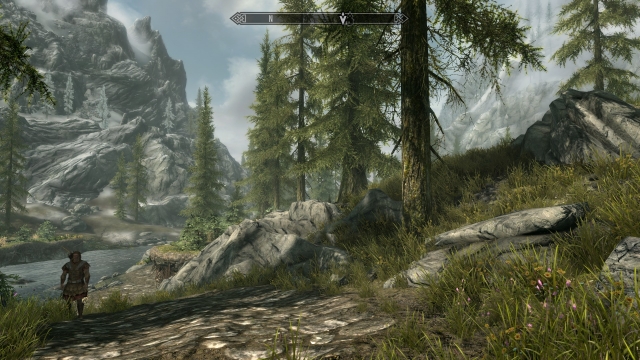 Being a Bethesda Game Studios title, you are now free to explore and carve your own path through the world dealing with situations as you see fit. Like Oblivion and both Fallout 3 and Fallout 4 before it, the main quest can be taken at your own pace, leaving you free to follow any distraction or side-quest you find.

So what’s new in this remastered Special Edition of the game? Basically the game has been transferred into the newer 64-bit engine that powered Fallout 4. This has a number of behind the scenes benefits but the main one being that it allows some nice new graphical effects such as god-rays (light shafts visible through branches and other openings) and volumetric mist and fog.

The game wastes no time in showcasing the volumetric effects as the cart ride at the beginning gives plenty of opportunities to witness the shafts of light beaming between the trees. The mist and fog effects really do bring a lot of atmosphere to places, especially out in the wilderness, making the already inhospitable feeling Skyrim feel even more cruel. 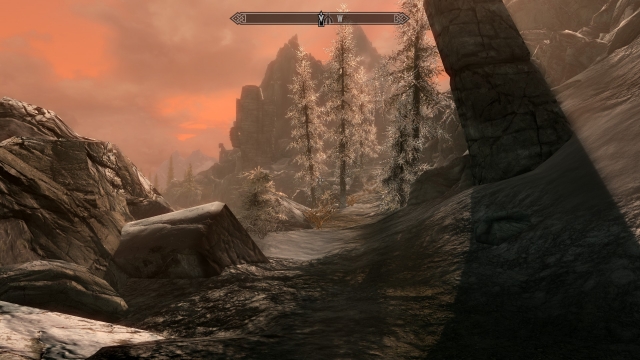 Other visual changes that are immediately apparent are the lighting and shadows, the original release of Skyrim suffered from horrendously bad shadows, with stripey, barely defined shapes that scraped across the world. Special Edition has a much better implementation and every area, both indoors and out look much better for it.

As well as the lighting, flora is the other big change you’ll notice. Grass and other plants are much more densely packed now and is drawn out much further than the original game, this makes mid to far distances look much less barren and make the world look a lot nicer. 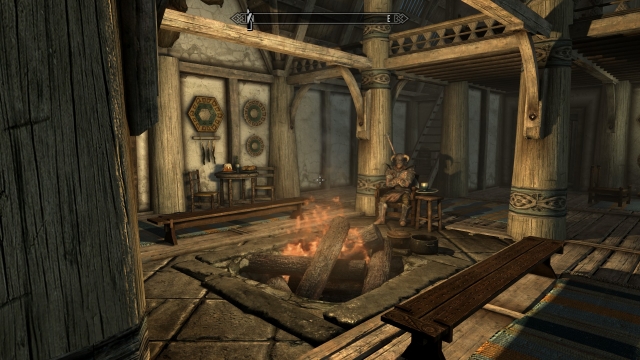 Not all areas have been touched up however, texture work and model detail still seem much the same as the old PC version on Ultra settings (Shield textures for some reason did stand out to me as looking much better however). Some textures still look unnecessarily low quality though, ground and rocks stand out in particular. If you are coming from the last generation PS3 and Xbox 360 versions you’ll notice a jump but otherwise not much has changed there.

Comparing the Special Edition to the original PC release is a tricky thing, especially if you bring mods into the equation (which I’ll get onto shortly). Compared like for like as out of the box experiences on PC, the Special Edition does look noticeably nicer. It inherits the same temporal anti-aliasing method that Fallout 4 utilises which does a great job of smoothing edges but it does give it a softer look overall than the original game. 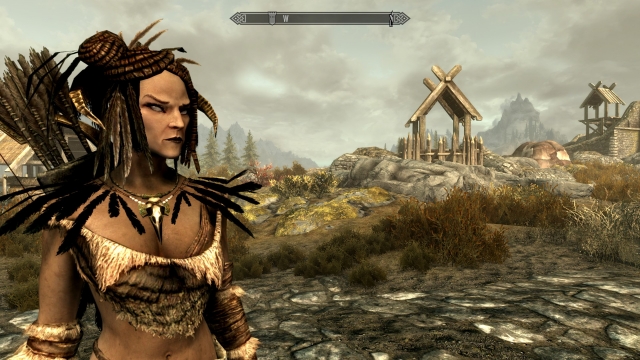 The issue comes when you compare it to the original game with five years worth of community mod support. A fully modded Skyrim can look a lot more visually impressive than what the Special Edition brings out of the box. The new version does have some other benefits though.

One of Special Edition’s bullet point features is built-in modding support both on consoles and on PC. The consoles have some restrictions in place, PlayStation 4 owners can only have 1GB of mods installed and mods on that platform cannot use custom made assets. Xbox One owners can have up to 5GB of mods and don’t have any asset restrictions making them more in line with what’s achievable on PC.

This does limit the kind of mods you’ll see on PlayStation 4 compared to both PC and Xbox One as you won’t see new armour sets or weapons on Sony’s platform. It’s an unfortunate situation but it is better to at least have the option in a limited form than not at all.

Much like Fallout 4’s implementation before it, you simply choose the Mods option, sign into Bethesda.net and browse the selection before downloading them to your machine. Using mods does disable trophies/achievements on the save you activate them on which is something to be aware of. 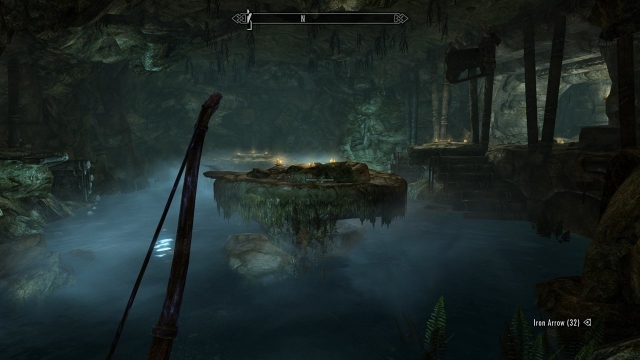 There are some other differences too, you can now shoot someone with an arrow as long as you can see them for example. In the original game, arrows would despawn over large distances, even if you could see an enemy you wouldn’t be able to hit them; that is now fixed.

Rain and snow no longer magically falls through physical objects like bridges and rooves thanks to scenery now occluding weather effects. Water also has a new look and now also flows around objects in it rather than just looking like a flat texture clipping through everything.

Ultimately all the changes are visual however and the base game has received no changes at all. Playing through the game again I encountered issues that were a problem five years ago, from the clunky UI that is okay with controllers but terrible with mouse and keyboard, notably wonky physics causing items on tables to float, items rotating on their own, NPCs getting confused and interacting with thin air amongst many, many others. 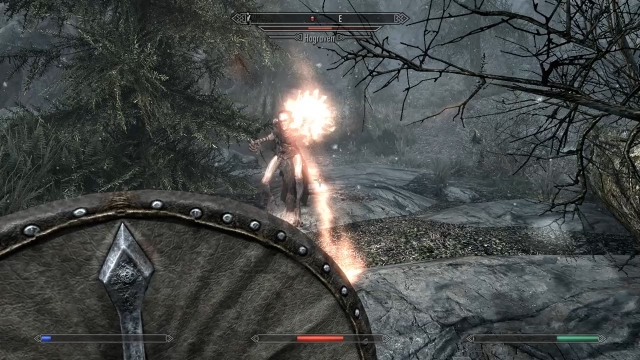 Seeing none of the game get touched outside of the visuals is a shame as Skyrim is still a great place to visit and experience. If you are coming to the Special Edition from the previous generation of consoles you’ll get a much more polished experience with a stable framerate and better visuals. As a PC owner the difference isn’t as immediately obvious but could ultimately become a much better baseline for the mods to come.

Skyrim is still a great place to lose yourself in for awhile, with a whole world of side-quests as well as the main quest and all the expansion DLC content to devour. It’s just a shame it didn’t get more than a visual touch-up.

Skyrim is still a great place to get lost in and the visual upgrade is welcome. It perhaps doesn’t go as far as it should and it’s a shame no other aspect of the game got looked at but it’s still well worth your time.

Scored higher than my pre-review, but I think a fair one.

I'm tempted to check out what mods are available on PS4, to see how people are working around being unable to use custom assets.

It'll definitely be interesting to see how the PS4 community work around the restrictions for sure. Hopefully they won't stop it getting some interesting (if different) mods than the other platforms!