The Evil Within Review

The Evil Within is overall a frustrating experience. Besides the gameplay being annoyingly slow, for what I can only assume is to artificially create tension, some design choices seem like they were made purposefully to create annoyance and discourage players from wanting to play at all. As if this wasn’t bad enough, the pacing is so bad that you never know what’s coming next, again artificially creating tension.

The combat is very reminiscent of more modern Resident Evil games. This won’t come as a surprise to anyone who knows anything about this game prior to playing it. With Shinji Mikami heading the project (legendary mind behind Resident Evil 4), if you were expecting anything other than a hark back to the old days of survival horror, you’re in the wrong place. The issue here is that, unfortunately, this means all the tropes and design mistakes that have disappeared between Resi 4 and now are ignored. 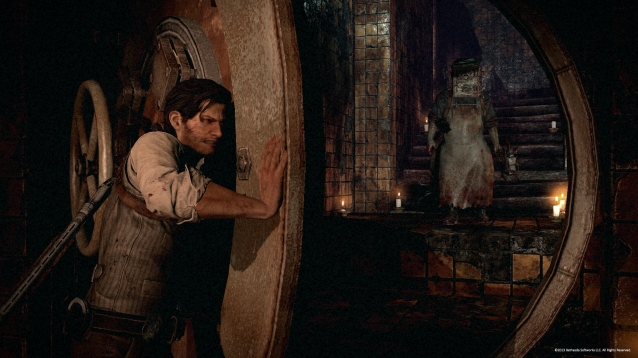 One thing I am at a loss to explain is the control scheme. Once you learn that sneak and run are controlled with the bumpers, things start to get tricky. Having sometimes to hold three buttons in order to perform the simple action of crouching and throwing a bottle to distract an enemy, is just a pain and something western developers have managed to overcome, so why do these clunky controls still exist in any form in 2014?

Back to the run function for a second, the main character inexplicably cannot run further than two feet without a lung collapsing in the very beginning of the game. I get it, the game is suppose to have tense moments where you’re running away, but the moments when it actually matters (you’re running from an enemy or a boss in a set piece) you’re given unlimited sprint anyway. These kind of glaring inconsistencies, and down right lazy design choices, are what make The Evil Within a slog. 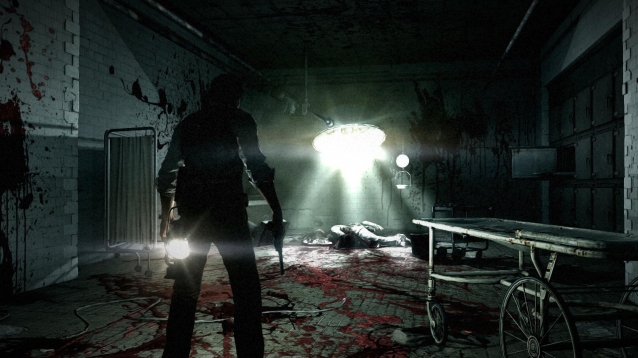 The saddest thing is that there is such great promise here. If it weren’t for the clunky controls and awful wavy aim, the game could be a decent action game. The horror is so superficial that the game loses any semblance of fear about three missions in. When you realise that it’s all just gore and not really anything scary, things get easier to comprehend.

But what about gameplay then, what about the story and bosses? That’s what these games do best right? Stupid, over-the-top story and ridiculous bosses. Well then, you’re in for a treat with The Evil Within.  The story is so thin that I actually was frustrated with not knowing why my character was doing what he was and what exactly was going on. While sometimes this may be an attraction to people, I found it physically annoying to have no idea what was going on. The gameplay itself is not ‘bad’ but it’s so reliant on mechanics from ten years ago that it feels like an original PlayStation game with its awful movement and animations. This game is about knowing animations and remembering enemy patterns, which completely counteracts the idea of horror. If you know your enemy, they are not scary. It’s as simple as that.

Bosses are interesting but very easy and quick to beat if you have even the slightest amount of sense and understanding. Most bosses I beat first time without any hassle because they are very obvious as to what they are weak to, and how you’re supposed to beat them. But in complete juxtaposition to this, the rest of the game gives you zero indication as to what you should be doing. This is yet another thing that is left over from the PlayStation one and two era that manages to be possibly the most annoying part of the whole game and leads me to the next issue the game has. 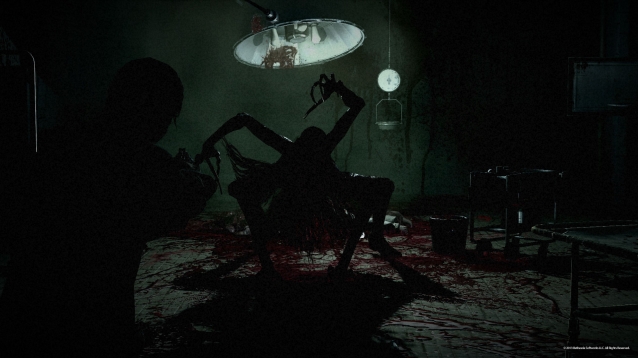 Difficulty spikes are so prevalent that I almost feel like it’s a joke at this point. In chapter three you’re expected to beat a chainsaw-wielding enemy so you can take his chainsaw to open a gate with a large chain on it. I got lucky and happened upon firstly how to get the enemy to spawn but also how to beat him. Given NO INDICATION as how to beat him, it can be extremely frustrating and actually made me put the game down for a day as I was so annoyed by not being able to beat him. Eventually, I had to restart the chapter and collect everything prior to fighting him to even stand a chance. This is all without mentioning that in certain levels Ruvik (the main bad guy) can randomly appear and you’re left with no choice but to run away, ruining any sort of pace the game may have had.

This leads me to the lackluster leveling system. Like I said earlier, you cannot run to start off with and so you must find ‘green goo’, that acts as upgrade currency, to upgrade your run time and other such ridiculous things. At no point did I feel like my upgrades were really helping me. I had my pistol completely maxed out and never managed to feel like it was any more effective than any other weapon in my arsenal.

I can’t really say many good things about The Evil Within as it’s not even a great looking game. Maybe it’s just the version I played (Xbox One) but the game seemed very ugly at points. Whether this is to also hark back to the PlayStation era or just again lazy design, I’m unsure.

All of the environments feel like your average Resident Evil fare, forests, castles, mansions etc. One mission is very reminiscent of Resident Evil 1 as it’s set in a mansion very similar to it.

At the end of the day, The Evil Within is a good Resident Evil game from 2005, but a below average third-person action adventure game in 2014. Silly design choices and just plain awful decisions manage to hold back what could be a fantastic experience.

The Evil Within (Reviewed on Xbox One)

At the end of the day, The Evil Within is a good Resident Evil game from 2005, but a below average third-person action adventure game in 2014. Silly design choices and just plain awful decisions manage to hold back what could be a fantastic experience.

This game was supplied by the publisher or relevant PR company for the purposes of review
Did you enjoy The Evil Within? Did you think it's just a Resi 4 clone? Let us know below.

The Evil Within: The Assignment Now Available

The Evil Within First DLC Announced