A dime a dozen doesn't even begin to describe the amount of 2.5D indie puzzle games now available on pretty much every platform. But every now and then one comes along that takes elements from different areas and makes a great individual experience. With The Fall, Over The Moon Games has managed to create just that.

The game opens with a scene that brings your character crashing down onto a planet and into a dank, eerie, underground cavern. Next thing that is explained to to you is that the suit you’re wearing has ARID, an AI, in control of it. It turns out the human in the suit is in danger of dying and you must find a way to get him to safety by breaking your programming. Although the AI in a suit is not a new idea, playing as that AI and having to overcome some very strict rules set into your programming is. 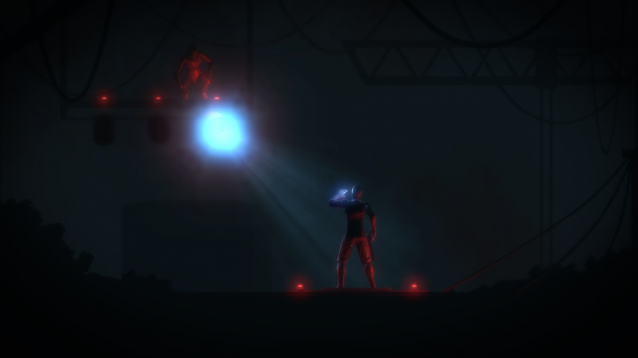 The story is the best part of the whole game and that’s saying a lot considering that this game does a lot of other things very, very well. When you realise there is a cast of only three other characters, apart from yourself, the storytelling becomes even more masterful. From areas full of subtle hints as to what happened to the facility you explore to a fantastic voice cast, there is little here that isn’t, frankly, perfectly realised. The voice performance of the Administrator is a highlight not to be missed. There is a whole world here and one that seems to have a lot of interesting backstory that I would love to be explored further.

Besides this, the game does a lot to differentiate itself from other side-scrolling puzzle games. Firstly, the puzzles are rage-inducingly difficult which will suit anyone looking for an old-school point-and-click adventure. Interestingly though, there are real-time, cover-based combat mechanics that attempt to give an edge to an otherwise recently stagnant genre. While the cover can be a bit fiddly at times the combat works pretty well for the most part and gives another layer of challenge to an already fantastically challenging experience. 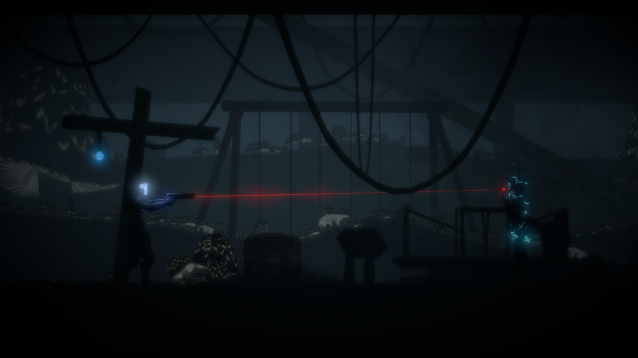 The enemies are all very basic and don’t really take a lot to take down. The very limited variety of  four enemy types, one being a boss, does leave something to be desired but there isn’t too much of an issue considering the games short length. This doesn’t affect the game negatively at all and the game feels complete regardless of this seemingly small enemy choice.

The environments are spectacularly realised and help to really engross the player in the world. Aesthetically, the game is an extremely good looking Unity Engine game. While at first it appears to be an attempt to rip-off Limbo, The Fall changes as it progresses as a parallel to the story. This is a brilliant touch and a fantastic design choice. The audio is also brilliant with ambient sounds and voice acting that bring you even further into the cold, dark world of The Fall. I really have to applaud the overall design choices as they make the world feel very fleshed out without giving you any knowledge of the further lore. 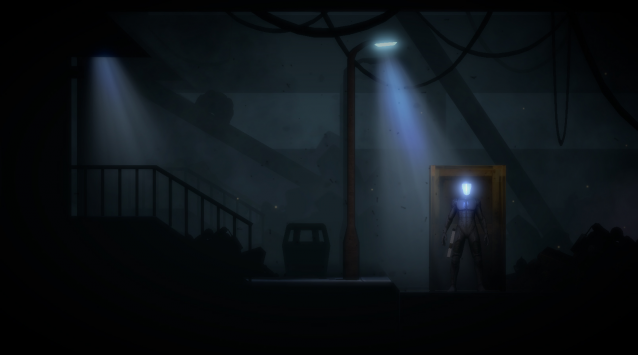 The only single downside to be leveled at the game is how criminally short it is, at 2 to 3 hours, and with almost no replayability. We are promised that it will be continued at the end of the game but be it through added content? Episodes? It’s unsure. I’ll certainly be awaiting the next chapter with baited breath.

So the game offers a great story, brilliant voice acting, a notable aesthetic progression and an innovative combat system. And while a little short the only thing left to say is: you should play this game.

The Fall (Reviewed on Windows)

The game offers a great story, brilliant voice acting, a notable aesthetic progression and an innovative combat system. And while a little short the only thing left to say is: you should play this game. 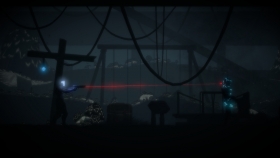