Psychological-horror is something that seems to have lost its way in games. The subtle story-telling that had once presented itself during the era of the PS2 and Xbox has now been replaced by overused set pieces and flashy designs. Even when looking at more recent-ish atmospheric titles like Alien: Isolation and Resident Evil 7, one can see that there is a unspoken tone of action hidden within that can kill some of the pacing. The Long Reach, on the other hand, is an atmospheric psychological-horror title that is based around the idea of pacing versus all else.

I’ll say it right off the get go, I really enjoyed The Long Reach and what it had to offer in terms of tension, gameplay, and narrative. As well, the slick 2D design of the game really helped to bring across certain elements that other 3D titles may have struggled with. For example, the passage of time. There is a section in-game where you’re walking down the street after certain world changing events have already taken place. As you continue walking, the world around you becomes worse and worse, showing the consequences of your actions earlier. Not only was this section incredibly emotional, as well as jarring, but the 2D environment of the game really served in bringing across the moment in the best way possible. Whereas, if the section were in 3D, I feel as though it wouldn’t have hit as hard. 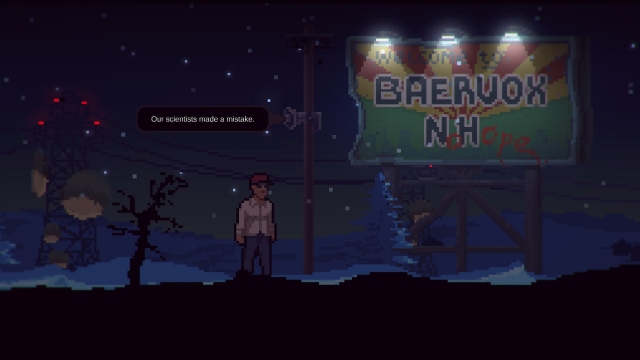 Actually, speaking of world changing events, the story of The Long Reach is nuts. Not like over-the-top Indigo Prophecy nuts, but more so along the lines of ‘what is real?’ nuts. You play as a lonesome scientist named Stewart who is part of a research project along with two other colleagues. The project itself that Stewart is a part of has to do with… well, that is to say its… huh. Honestly, you never really figure out what the project is in regards to its purpose but, whatever it is, it definitely drives you insane. The hallucinations you go through in The Long Reach are disturbing to say the least. That being said, however, they’re so well done that you want to see what the game will throw at you next.

Now, going back to the research project conundrum, I understand that it’s rather unsatisfying to not know what a project is all about after the story wraps up. That’s kind of the beauty of this title though. The unexplained mystery of why the in-game world is going mad gives The Long Reach a wonderfully creepy atmosphere that it never loses. It’s unsettling to its very core and to explain that mystery away would be to remove a major part of what makes the game work. 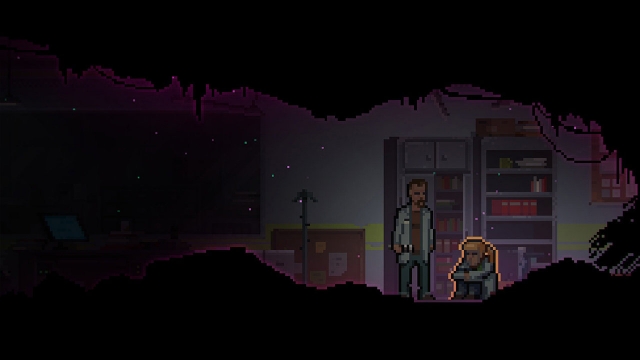 Continuing on the subject of what makes the game work, the gameplay for this title is fairly straightforward, but also quite effective. The Long Reach is solely focused on puzzle-solving which it attempts with a "old-college-try" mindset. Now, maybe I’m just thick in the head, but some of the puzzles you have to figure out have that old adventure game logic to them where there’s no practical solution to the problem. You basically have to take all the items in your inventory and mash them with other items to see if they’ll do a thing. Again, I’m probably just not all that clever, but it’s still something worth noting.

The only other negative I’ll address in regards to the game is it's length issue. This is a title where, if you’re pretty good with puzzle games, you’ll more than likely finish it within two hours (maybe two and a half). The length does work for how the story is told, I’ll say that much, but in this day and age where developers are trying to stretch out the runtime so you get the most bang for your buck, The Long Reach may not be the best bet if you’re hoping for a more lengthy horror experience. 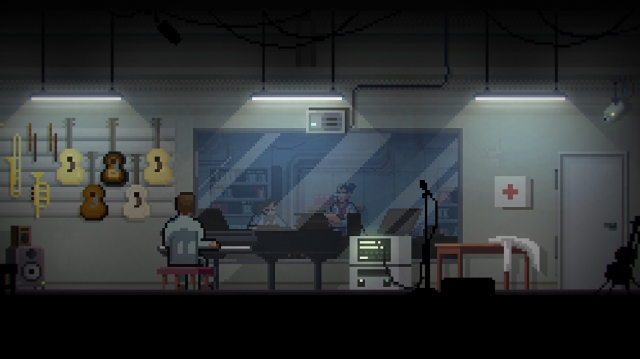 So, with all that taken into account, is The Long Reach worth picking up? I would say so. If you’re looking for a story-based horror title that screws with your head, then this is the game for you. Sure, the puzzles might be a bit silly and the amount of time you’ll spend playing is something to take into consideration, but looking past that. It’s no stretch of the imagination that The Long Reach is a well-made title that’s worth your time.

The Long Reach (Reviewed on Xbox One)

A deeply layered story with the scares to match, The Long Reach brings back the basics of psychological-horror by keeping players both intrigued and nervous until the very end.

New Trailer and Release Date for The Long Reach Revealed

If I hadn't played Home (and Clocktower on the SNES...) I'd have my doubts about just how creepy a pixel graphics game could be.