I’ve complained about there being few games where you play as a hardened villain before. And I’ll continue to do so, as like so many before her, Miss Sophia Take is only in the crime game because her inherited fortune was stolen from her first. You have to break into 25 art galleries and steal back your precious artwork from Blackstock.

The Marvellous Miss Take is based in London, though I doubt the levels are designed to be exactly like real places. The game has a very cartoony art style, which suits it well. The characters are bold and distinct, and you rarely have trouble spotting the art you need to take. It’s all ‘magnetically’ attracted to you as soon as you’re close to it, so you never have to worry about clicking specifically on it.

The control system makes it appear to be a mobile game, despite it making its debut on PC. Everything is mouse driven, with left click to move and make a noise to alert guards into moving, with right mouse reserved for gadgets. It’s a fuss-free choice, really. No need to worry about hitting the wrong key - you just have to keep an eye on the cursor. 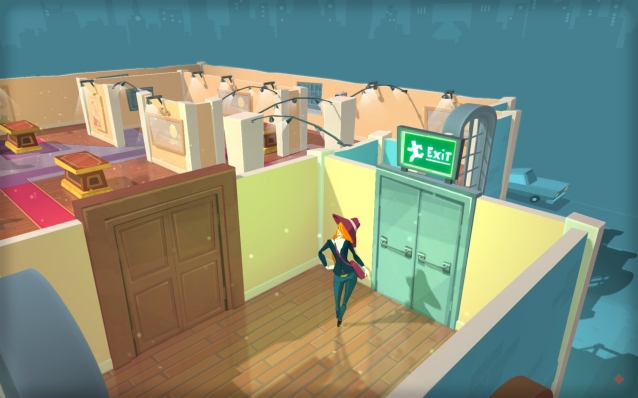 Now, Sophia Take can make a noise to make the guards move, as I said. This is useful as the guards don’t have set patrol routes - it’s apparently all random. So they can’t be depended upon to move when you need to sneak past - you have to draw them towards the wall you’re behind by making a noise or letting them catch a glimpse of you. There are Noise Makers that make a bigger sound and can be thrown - but those are given only in certain levels. The same goes for the other gadgets - you can use them a couple of times but then they’re gone, and they don’t carry over into the next level.

Joining her on her quest are Harry and Daisy, whom she meets in various galleries before they break into her house uninvited. With them, you have to redo the level - but with a different objective. And maybe there are more guards, or there are security doors in place, perhaps there’s a dog where a guard used to be… So there are 25 level layouts, but actually 75 levels.

As well as guards, who can hear and see you, there are security cameras that can’t be fooled with a glimpse or a sound. There are also dogs that can smell you, as well as hear and see you. This all obviously adds to the difficulty, though it felt like the increase was sudden. Instead of gently introducing each element, you’re quite literally thrown to the dogs. When they come into levels in chapter two, for instance, you have to dodge dogs, cameras and guards without gadgets. 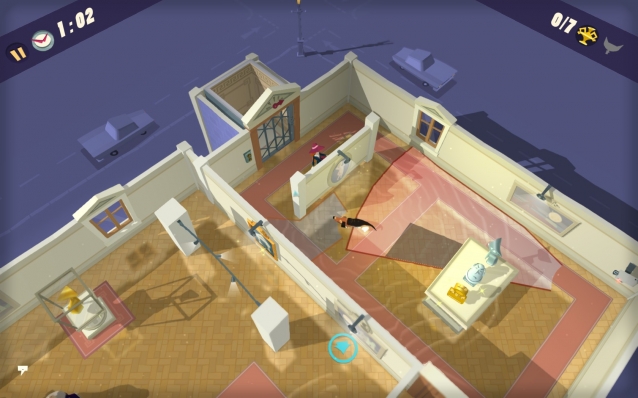 I’m not complaining about the difficulty - it’s a puzzle game after all, not a story - but it could have gone on less of a steep upwards slope. Also the guards, with their random movement patterns, seem to turn away while the cameras are facing you, then turn back when the camera moves. I noticed it on several levels, so it is definitely an aspect of the programming.

Each level takes a few minutes, at most, meaning the game is about five hours long. There is replay value, of course, in trying to beat your best time on each level. There are Steam Achievements and the Trading Cards have just been implemented.

It’s not a perfect game, with possibly buggy AI and a steep learning curve, but it is definitely fun and has the one-more-go feel to it. Every time I alert a guard and Sophia loses her hat as she makes a run for it - I feel a jolt of panic and wind up running in circles and getting caught. It’s funny and annoying in the right measure, which sums up the game pretty well. 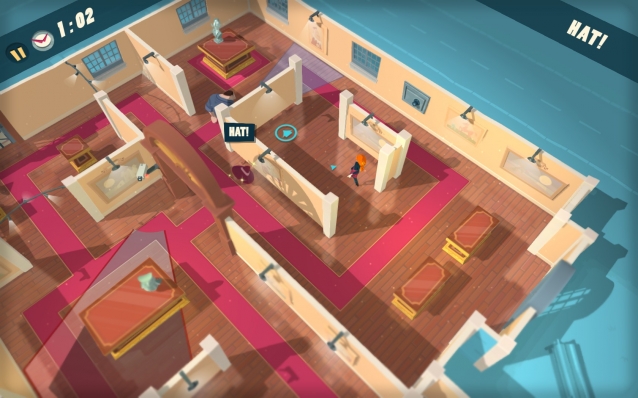 It’s not a perfect game, with possibly buggy AI and a steep learning curve, but it is definitely fun and has the one-more-go feel to it.

The Art style reminds me very much of "Evil Genius".