The Serpent Rogue starts with you selecting which of the two Warden characters, who wear plague masks, you would like to play as. Your guide, named Solomon, informs you that the first steps are the hardest and you will soon become used to your new body. You will have to transport out of the in-between to try to find a more stable place; however, as soon as you get to your destination, Solomon tells you to run because The Corruption is coming. You run as fast as possible to the waiting stagecoach that takes you to your first quest in the corrupted land. 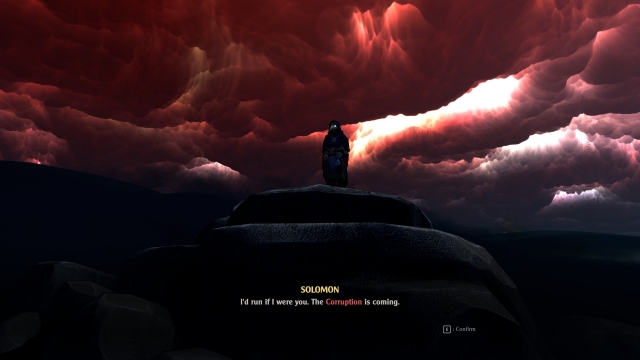 You will craft and experiment with different ingredients you find, trying to make potions to regenerate health, cure status ailments, or even transform you into an animal like a rat or chicken. Some of your potions can also be used against the enemy; some of the crazy mixes you create can make the enemy hungry — though a hangry enemy seems like it would be extra scary! — deplete their vitality meter, poison them, cause burns, or make them restless. The tricky part is you can’t just mix any random ingredients together to create a useful potion; be sure not to mix the wrong ingredients or something bad could happen, or you could create a sloppy potion that has no use and just wastes your items. This was one of the most difficult parts of the game, as The Serpent Rogue doesn’t give you much direction on how to make useful mixtures or where you go to find these recipes without experimenting and accidentally stumbling across a good mix. In over 10 hours of gameplay, I never came across a recipe for a potion; I had found recipes to create a broom or an axe that was useful, but nothing for replenishing my health or vitality bar.

The Serpent Rogue is not one of those titles that will hold your hand and tell you exactly what you need to do or where to go. A lot of the time I was just wandering around hoping I would come across something that I could use before a Corruption Storm came in and killed me. If it wasn’t a storm it seemed to be a pack of wild corrupted animals or skeletons that would chase me down and end me! They were relentless; one time a skeleton chased me into someone’s house, blocking my only exit. 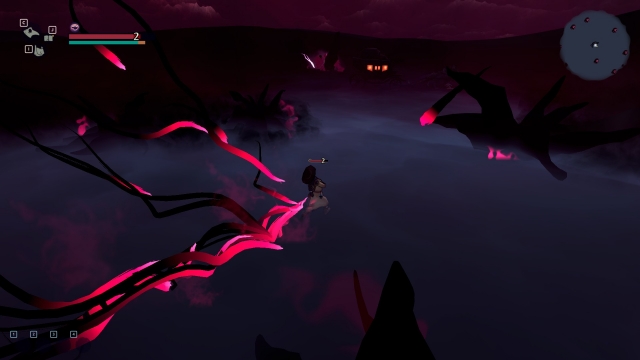 Whenever you die in The Serpent Rogue, every item that you were carrying will be dropped in a bag where you died. If you can get back to that location before dying again you can recover your lost items. The problem is if you die before grabbing that bag, it is all gone forever. This can be incredibly frustrating, especially if you perish in a place like the outlands that is full of enemies, since it’s definitely harder to fight off the enemy with no items to use. Or if you had discovered a new item that you haven’t seen before, there’s no guarantee that it will show up there again even if you went back later trying to look for it. If all your food is gone, there is no way to fill up your vitality meter which means you can’t sprint to get away from the enemies coming after you. 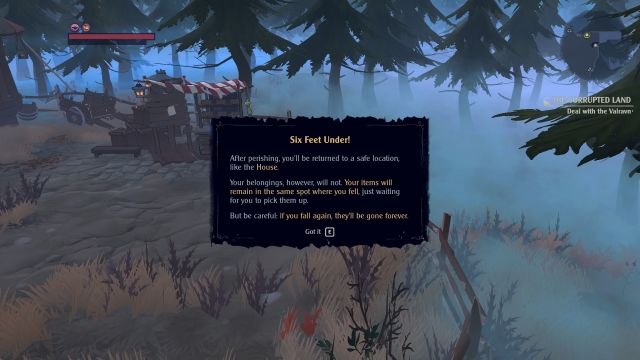 In every town you will find Warden’s Chests; these let you store items inside that you can access from any other chest in the world. This way if you perish, the items that you left in here are safe; the tricky part is if you need a specific item for an area, you will be at risk of dropping it if you are defeated. The weapons and equipment that you pick up can only be used for a finite time before breaking, so I tried to only use them when they were the only tool for the job. No point using a shovel to break barrels when you can break them without using a weapon, it’s such a waste of a useful tool — especially when you don’t have the recipe to create another one at the Smeltery. It’s not always easy to find the tools that you need unless you happen to come across a skeleton or human walking around town that you can fight to take their stuff. I felt bad doing this, but I really needed a shovel to make any progress! 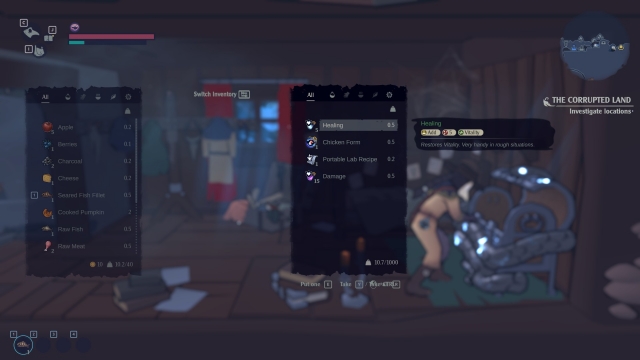 The Serpent Rogue is a beautiful-looking game with great visual effects; one example is when it shows the Corruption Storm taking over the land. It sucks to get caught in one of those storms but at least it looks nice! The music feels pretty chill and relaxing until you get near an enemy; the track increases in tempo and feels like it is preparing you for the battle to come. If you try to run away from the enemy, the easiest way to tell you have gotten away is to listen for when the music slows back down. When this happens you are out of the attack area and can go on exploring. 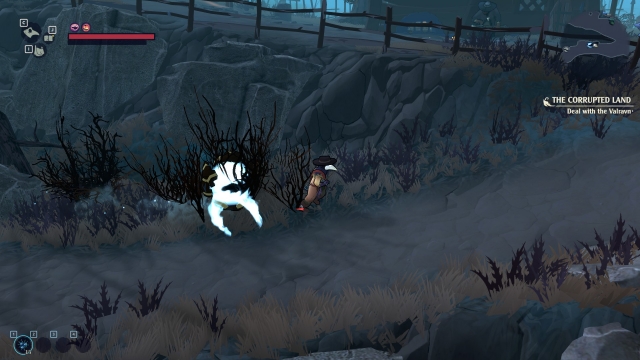 One of my favourite things to do in the game is to tame the wild creatures that you come across. These feral animals look really cool, and they will also help attack enemies that you encounter while exploring the Outlands and other areas. All you need to recruit these guys is some raw meat, but not just any meat will work. First be sure to check and see if they are actually hungry, if they aren’t they won’t take anything no matter what it is! Keep in mind that your buddy can also perish while travelling with you if you fall in battle, so they might not be around for very long! 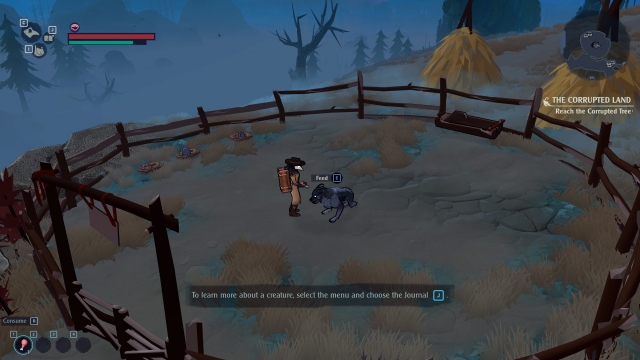 The Serpent Rogue is a very interesting action-adventure game that I feel should also be considered a survival game as well. If you don’t regularly play roguelikes that require a lot of backtracking, you may end up getting frustrated with advancing the story. It felt like the Dark Souls of Stardew Valley, mixing elements from both. Even though it has been frustrating at times, I keep coming back to explore areas I have been before looking for things I may have missed, or trying new tools I may not have had the first time I was in the area. I would like to see a setting to make the game a bit easier — even having a bit more instruction on making potions or at least making it easier to find new recipes would be helpful!

The Serpent Rogue (Reviewed on Windows)

The Serpent Rogue is a beautiful-looking game full of exploration and crafting that is incredibly challenging but keeps pulling you back to try again. If you like titles like survival-type games that put your skills and patience to the max, this is for you!