The Surge is an action-RPG with a very high-risk combat gameplay, similar to games like Bloodborne and Dark Souls. And boy, is that a great thing. This title was made by Deck13 Interactive and was published by Focus Home Interactive, who are mostly known for their 2014 game Lords Of The Fallen. 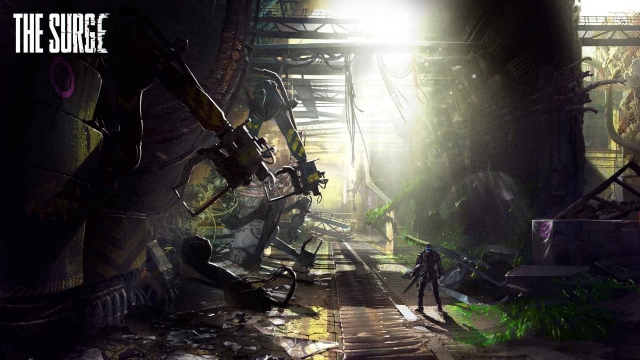 The Surge’s gameplay is different to traditional action RPGs in the way you handle getting and upgrading your gear. You can acquire new pieces of armour or weapons by slashing off your enemy’s limbs. When you encounter a new group of enemies whom you have never seen before and they have a great weapon, if you target the hand that they are holding the weapon with you can chop it off and use the weapon as much as you wish. The combat is where you will spend most of your time in The Surge, unless you are fighting a giant robot boss. The way health works is, you can either keep going through the level after you take a hit or go back to the base center and sit in the medbay, and maybe even store your tech scrap while you are doing it. The huge downside to this is that every time you enter your medbay, every enemy you have killed will be back to kill you. There is usually only one medbay area per level, however I have found a location which had a med kit, which when I used it restored my health to full without bringing every enemy back to life. There are also several shortcuts throughout the levels, Bloodborne and Dark Souls style. It will basically save you a lot of time, that if they weren't there you would be ripping your hair out, what with the amount of level that you would have to do over and over again. Another big part of the game is the chips that you get to use to upgrade your body, giving you more health and stamina, or giving you a little health when you perform a finishing move in combat. 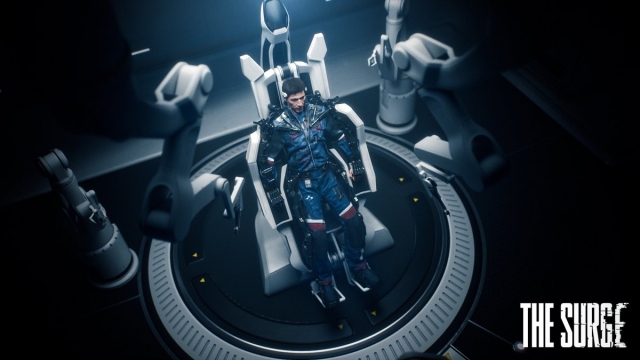 In The Surge you play as Warren, who was attending his first day at his brand new job at CREO -- which happens to be the exact same day this huge catastrophic event happens. Pretty much every employee that works at CREO are zombies that want to kill you. He must be the unluckiest guy in the universe, right? Well, now he will have to deal with everyone he sees wanting to murder him, as well as CREO’s arsenal of giant robots. But not everything is bad, as CREO gave you the exo suit, it gave you the ability to walk, which you weren't able to do before. Story is very important in the world of The Surge, as it gives you background on how this happened and on who you are fighting, it also feeds you a detailed explanation of the events that took place, it’s a good way of learning more about The Surge’s lore. 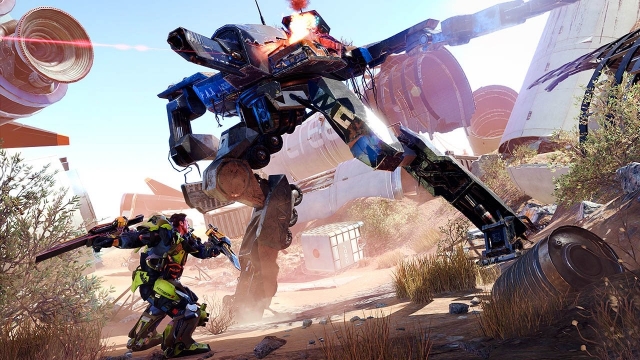 The Surge doesn't have any multiplayer aspects like the other games in its genre, but after spending so many hours with this game, I’m convinced it doesn't need any. Deck13 said that they were focusing on making the single player feel great, and boy, was their mission accomplished.

The soundtrack is different from other games. It matches the tone that Deck13 is trying to make you feel when you're playing The Surge. The music that plays when you are tackling a boss is perfect and sets the mood with a great big thump. Just when you are about to die midway through a boss fight, you hear the soundtrack play, and that gives you a little adrenaline rush that helps you keep going and keep fighting that mega enemy. When you are walking around and exploring, trying to find new areas to explore and you encounter an enemy, the music helps you feel even more bad-ass then when you are chopping a bad guy’s limbs off. 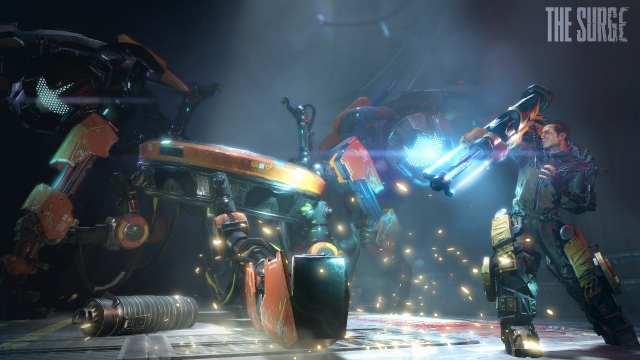 Arguably, the biggest selling point of The Surge are its boss fights. One boss that you encounter is when The Surge truly shows you how great it is. This boss has two parts, and like the Dark Souls bosses it truly demonstrates how much you are going to have to change mid fight. You can't just keep doing the same thing otherwise the game will punish you for it. You have to vary up your attacks and make sure that you are dodging as well as attacking.

The Surge looks great, especially in the open areas, It also looks good when you are in combat and performing a finishing move looks brutal. Maybe because so many action RPGs are set in the fantasy setting and this is so futuristic but It truly is a breath of fresh air.

The controls are okay. I was playing on Xbox One and they are intuitive and easy to learn. You press A to dodge, RB to do a swing attack and RT to do a vertical attack. This can create an interesting variety of situations, as some are better to use vertical and some are better with a swing.

There are a few enemies in The Surge and each type of enemy has at least two variations as far as I could tell. There are little drones which are pretty easy to take out as they attack you by stinging you with a spike attached to their body. There is also a variation of this robot that has a gun to shoot you with as well as an EMP type weapon that is capable of taking away all of your stamina when they are up close. There is another enemy that wears the same suit that you do, but there are also a few variations of this too. One of the variations is an enemy that is lightning fast and is really hard to dodge. They can be a real challenge if you don't time your attacks and dodges right.

The Surge (Reviewed on Xbox One)

The Surge may be inspired by games like Bloodborne or Dark Souls, but it doesn't rely too much on their mechanics and it is truly greater for it. It shows that the title can stand on its own two feet, and I can see it becoming a truly successful franchise that could potentially fill the ever-devouring hole that Dark Souls has left in most of us. Or for those of you who haven’t played any games like this and are looking to pick this up, this game is for you too. The combat feels and plays great, and the change in setting is what the genre really needed.

The Surge 2 Has Been Announced

The Surge: A Walk in the Park Teaser Trailer Released

I was intrigued when watching trailers, but after this it really doesn't sound like my kind of game.

Same. Soundtrack was amazing, but if it's too much like Dark Souls, it will bore me.

Loved Bloodborne for its aggressive style of gameplay. From the look of this, it's a bit of both. I'm interested, but I'll probably wait to price drops.