So here we are again; fending off walkers, sizing up fellow survivors and making difficult choices. Yes, yes, we all know what to expect by now with regards to the highly acclaimed Telltale Games series, and without spoiling anything for you I can say that this latest instalment is a decent addition to poor little Clementine's undead nightmare.

Beginning Episode Two exactly where the first concluded, it's not long before a new face, Carver, arrives on the scene, bringing with him a distinct air of distrust. Soon enough you and your new bunch of friends are on the road, all the while trying to figure out their individual stories, and what their beef is with this Carver fellow. 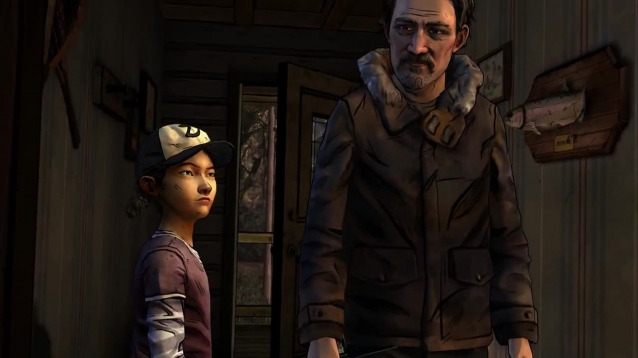 With only a couple of desperate encounters with walkers, and arbitrary quick time events kept to a minimum, this episode is all about story. As ever, discourse between the survivors is well written and acted, and elements of the story can still surprise, but the shift of focus from Lee Everitt from Season One, to the younger, more innocent Clementine in Season Two, is beginning to show some detriment to the franchise.

The narrative and delivery was always, and still is, sublime and flawless. But what elevated Season One from mere interactive comic book to game of the year status was the desperate, split-second impossible decisions that you as a player had to make. As Clementine, you are not looked upon to lead, to guide, nor to decide who lives and who dies, and that's where this episode starts to suffer. 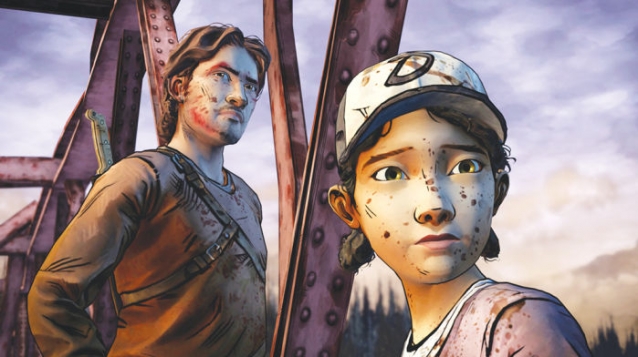 Clementine is more called upon by various members of the group to keep secrets or tell the truth, and while some of these choices invariably have drastic consequences, it always feels like you're a small cog in a much bigger mechanism, and your input gets watered down in the various arguments and general shenanigans that ensue. Even more so when the group continues to expand, and with pretty much all members choosing not to explain themselves much at all when you ask them questions, things do become a little tedious. All these people and no-one has anything juicy to reveal?

That said, it is still refreshing experiencing the apocalypse from a child's perspective, and the frustration of being treated like a kid is borne out very well indeed. While it feels at times your group has an over-reliance on Clementine's opinions on certain subjects, her character remains intact and she's still as sweet and friendly as she ever was, even when caving a walker's skull in with a hammer. 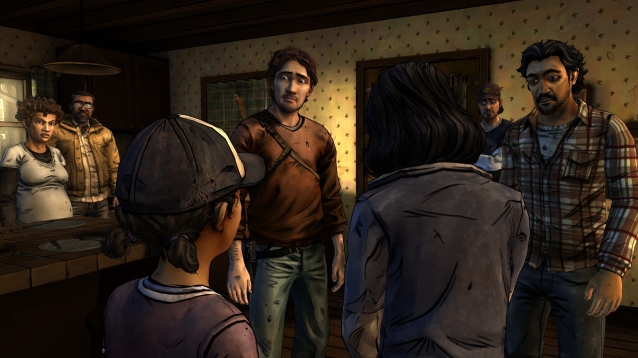 There's a nice payoff for veterans of Season One about halfway through, too, as we encounter a friendly face. Still no sign, however, of the supposed knock-on effects of the 400 Days saga, but we still have three more potentially nail-biting, difficult decision-making and undoubtedly excellent episodes to go. Story-wise, Telltale Games’ The Walking Dead is as strong as it ever was, but the small elements that made it feel like the heart-wrenching, moral-questioning game it once was are starting to wane. But as Clementine grows up in this bleak, unforgiving world, her story is going to become even more desperate with it.

Despite a slight dip in the overall Walking Dead experience, A House Divided is just as integral an addition to the opus as any other episode. Desperate decisions in the heat of the moment and QTE battles with walkers and the living are kept to a minimum, making gameplay suffer but allows more scope for the story to expand.

4 Times Things Got A Bit Too Real In Videogames