The Way is Puzzling Dream’s ode to the puzzle-platformers of the early 90’s. The Steam page cites games like Another World, Heart of Darkness, and Flashback as inspirations, and it’s immediately clear to see. The Way has you scouring the surface of a distant planet and its hidden temples in search of the secret to immortality. Why? - because it’s the only way to bring Tom’s wife back.

The dour opening of The Way is quite something as Tom stands before the grave of his wife in the pouring rain. The first action you make is digging up her corpse and loading it into your car, taking her back to what was once your shared apartment and cryofreezing her for the journey. Breaking into a secure base, you steal a ship and blast off into the unknown. 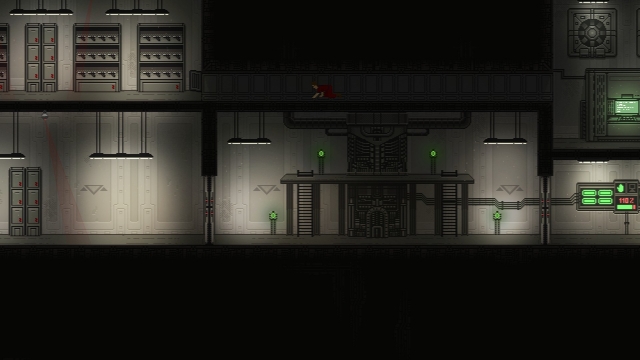 The Way is designed to look and feel like a game far older than it is; its pixel-based artwork, while far more detailed and colourful than was possible at that time, brings back memories of classic PC and console gaming unlike any other game in recent memory. This also translates to the gameplay, with precision platforming and punishing checkpointing to support its more cognitive offerings.

Through platforming, light combat, and puzzle solving, you guide Tom on his search - taking him to many different regions of the planet. You start in the jungle with the child-sized, man-eating flies and carnivorous flora before encountering one of the planet’s indigenous civilisations. Continuing to hunt for the secret he seeks, Tom also ends up jetting off to the rocky deserts to find a hidden city. While the small number of individual regions may be a letdown to some, The Way does well to make its areas feel larger than they are, with each zone visually distinct to the next while still making for a cohesive whole.

The puzzles evolve at a rapid pace, with the temples introducing new mechanics each time. While the first merely ask you to clamber over some obstacles and avoid detection, before long Tom has control of telekinetic and teleportation powers, to name a couple. The game is not entirely linear, often offering a choice of temples to enter in any order, and this allows you to really get to grips with each power as you discover it. 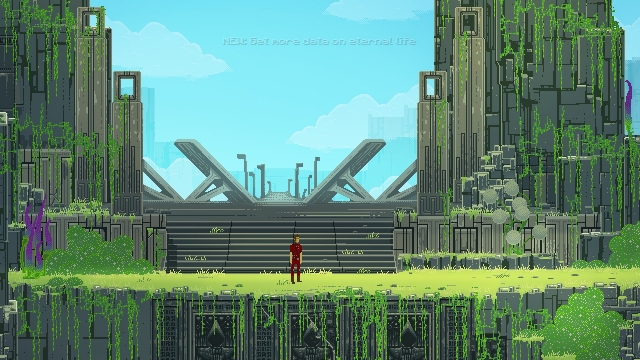 Like a good Zelda dungeon or Mario level, you start off with a couple easy puzzles, slowly building up a mastery and an understanding of each power’s limitations. A temple will only ever ask you to use powers that are immediately available to you - you won’t need to be jumping back between them with new powers to find the solutions. Of course, there are some set-pieces scattered throughout that ask you to use everything you have learned, and these are understandably the highlights.

The one thing that stopped me from thoroughly enjoying this game was the checkpointing. I understand that this game harks back to a time when videogames only offered you a limited number of lives, and that if you failed you would have to restart the entire game, but as someone of a younger generation it strongly brushed me the wrong way. I can understand shooters taking you back to the beginning of a firefight when you die, but a puzzle game that takes you back to the beginning of the puzzle? That’s just not fun, especially with some of the more trial-and-error based ones. 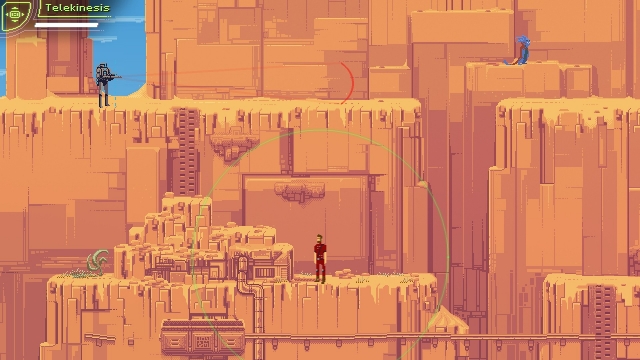 It’s not just individual puzzles either. Often you have to complete a series of small puzzles in one area, and the checkpoint was near exclusively placed at the beginning. You could get all the way to the final part only to have some unexpected event - people say that Dark Souls is bad for attacking you out of nowhere - send you back around five minutes of play. I wasn’t only slightly annoyed when I failed, I was often outraged - and not at myself. A game has never actually managed to make me cuss out loud due to its checkpoints.

The checkpoints aside, I do think The Way is a good game - I just wish it didn’t have this one major issue. The Way has a lot going for it: the world is interesting, the puzzles are testing, and it has a wonderful charm. The movement is precise enough to make the platforming work, and controlling the powers is never an effort. Worth a punt if you’re looking for something a little retro this summer.

The Way (Reviewed on Windows)

The Way has a lot going for it: the world is interesting, the puzzles are testing, and it has a wonderful charm. The movement is precise enough to make the platforming work, and controlling the powers is never an effort. Worth a punt if you’re looking for something a little retro this summer.