The Witch and The Hundred Knight 2 Review

You will be introduced to the sisters Amalie and Milm with the latter finding herself infected and taken over by the Witch’s Disease, transforming into the great witch Chelka. From here it is a tale fit for any role-playing title as you must battle other witches, find powerful items, complete the odd task and find the truth behind the world and the witch disease. All of this is accompanied by a cast of characters that will keep you engaged and laughing throughout the game’s run time. 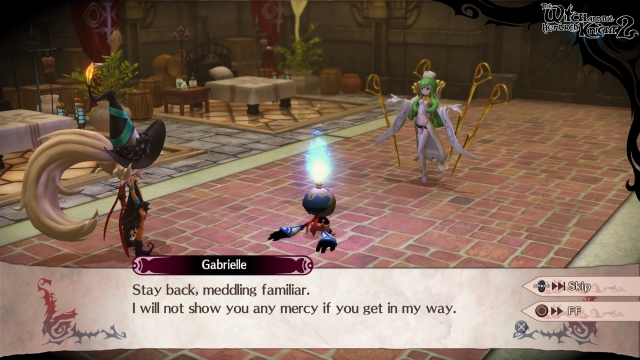 As an action role-playing title The Witch and The Hundred Knight 2’s gameplay is twofolds, with one half being the top-down, hack ’n’ slash gameplay and the other being a more visual novel style of narrative. Both are engaging and are well-paced with the action heavy gameplay being an addictive experience that improves greatly on the first title. Each system available to the player, from the option to build combos by equipping up to five different weapons, to how you choose to level up your skills, builds a sense of freedom into the title.

This is explored further with the inclusion of the facets which enable different strategies, being swapped on-the-fly in combat. If an enemy is hitting hard switch to have more defence. Need enhanced magic attacks? Switch again. Building up each of these facets and equipping the right gear will be what ultimately affords success or fail in The Witch and The Hundred Knight 2 but that freedom to play as you want is what makes the core gameplay loop so engaging.

What is particularly interestly is the decision to have the drop rate of loot in the title linked to your performance, allowing you to influence it by how you play. As you build up your combo by hitting enemies the chance for rarer items to drop, and the rate at which they appear, will raise. This means that a player can influence the system to make farming an easier task so long as they maintain a high combo score. Do bear in mind though that even on the normal difficulty you will have a hard time keeping your combo up as you’ll be knocked down quite often. 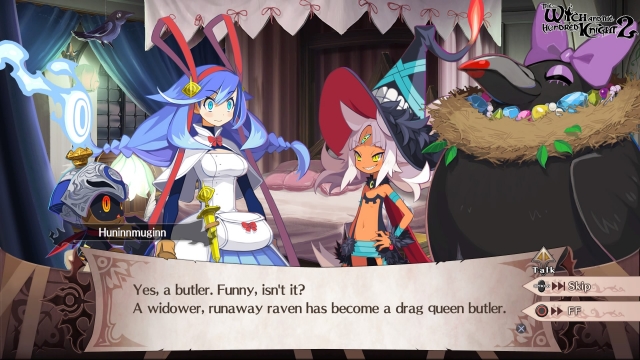 Though the title is large and offers a number of different locations and stages you will start to see the same layout fairly quickly. Enemy spawn points and the placement of chests will be random but after a few hours in each location it becomes the same until you progress the story onwards to a new location. VIsually, each locations is beautiful and the style of the title continues into the cutscenes that include impressive 2D artwork. All of this is finished off with sound effects and a soundtrack that help lift this title up, making it more of a standout.

Given how good its score and sound design are, it is a shame that The Witch and The Hundred Knight 2 has some rather lacklustre voice acting. This is especially disappointing given how amazing the cast of characters is. Each have good voices and lines that help sell the tone of the title but the delivery is where they fall flat. Long pauses between lines result in the cutscenes feeling disconnected and thrown together randomly rather than being a conversation.

In the end though, The Witch and The Hundred Knight 2 is a title about repetitive gameplay. You will run through areas beating down enemies to gather up loot, return to the castle to use this loot to upgrade the Hundred Knight, before heading out to the do the same all over again. There is a solid amount of content included in the title and the role-playing elements create a lot of freedom in how to approach the action. This will keep many players engaged for hours but for some that core gameplay loop will prove to be boring after some time. 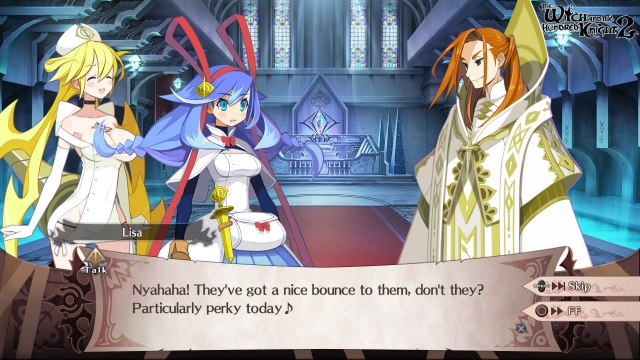 If you can overlook or even embrace the repetitive gameplay then you will find a solid title that can be enjoyed for many hours. With a strong story that is engaging and a cast of funny, memorable characters even with dull voice acting, The Witch and The Hundred Knight 2 is worth visiting and taking the time to enjoy the experience. It marks a good follow up to the first title and another action role-playing title that is accessible for both casual and hardcore players.

The Witch and the Hundred Knight 2 (Reviewed on PlayStation 4)

The Witch and The Hundred Knight 2 is a worthwhile follow up to the first game and, even with some repetitive gameplay, is a solid title worth checking out.

Release Date Confirmed for The Witch and the Hundred Knight 2

The Witch and the Hundred Knight 2 gets New Trailer

The Witch and the Hundred Knight 2 Releasing In 2018

Honestly, I don't think I even finished the first one. This would have had to be markedly different to tempt me.

The Witch and the Hundred Knight 2