Thief is a disappointment. However, laying beyond its shortcomings with movement mechanics, combat and narrative, is a satisfying core of theft and stealth that can, at times, still have you feeling like a master thief.

Garrett is a protagonist that was never hugely engaging. Eidos Montreal’s attempt to make him so, through an awkward narrative, seems to be the biggest barrier to enjoyment. The story is so clichéd and disjointed I found myself bored after the first two hours. Unfortunately, the main portion of the game suffers from this and it’s what causes a lot of the game to pass by in a haze of repetitive, simplistic puzzles.

The story ticks every box: girl in mortal danger; supernatural elements; revolution; an unwilling hero etc. The character of Garrett is one of cold, calculated intelligence; his feelings are not part of the equation, yet they are shoehorned into the story. I understand the need for the player to relate to the character but some games don’t need that to engage with the player. As it turns out, Thief is definitely one of those titles. Movement mechanics and level design should be two things that go hand in hand, yet it feels like the two areas were designed separately and forced together. Garrett moves with a feeling of disconnection from his environment in such a way as to, at times, mislead the player. Several times I would see a ledge, go to jump, and plummet to my death. This is immediately counter-intuitive to the feeling of being a nimble, speedy thief and ruined the immersion time and time again.

Every now and then I happened across an area that felt unfinished. Throughout most of the game there are several differing paths, dependent on your play style. Usually there would be the option of a stealthier approach and a more straight up, fool the guards, style of play. The less finished areas felt like I was forced into close proximity with the enemies, causing frustration and rapid exhaustion with the game and its mechanics.

What doesn’t ruin the atmosphere is the world itself. The City, as it’s known, is an open world hub area of sorts, brought to life wonderfully through great art and a fantastic layout. With tons of houses to enter and loot there is a real sense of scope, while still managing to maintain that claustrophobic steampunk aesthetic. The one big problem with the world though, is the load times. Almost every subsection of The City requires a loading screen, while numerous areas for side missions and main story quests suffer the same fate. 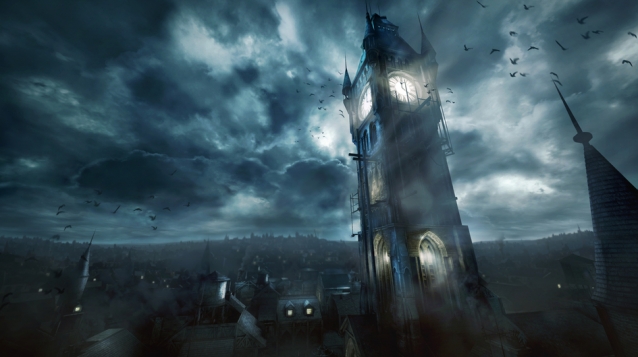 The pace of the game is held back due to a combination of all the issues already mentioned. At times the design can be outstanding, causing a feeling of exhilaration and a want to play on.  A highlight is trying to find a way through a collapsing bridge while an inferno rages around you, causing ceilings to cave in and walls to crumble. However, moments like this were so few and far between I found myself wishing for more set pieces.

Reading this right now I wouldn’t blame you for already not bothering to purchase this game, but bear with me; there may be something for you yet. There are a lot of issues that plague Thief, but then there is the actual act of theft itself. This feels brilliant. Whenever you pick up an item to be consumed by your infinite pockets, Garrett reaches out with his long, thin fingers and swipes the item up with a flick of his wrist, occasionally stopping to admire more unique pieces; displaying them delicately in his palm. This never manages to get old.

Garrett also has a range of options to traverse The City and protect himself. Most of the weapons are arrows, apart from your blackjack. Making a return are the water arrows that can put out flames, to cover areas in darkness, as well as rope arrows which allow you to reach areas otherwise unavailable to you. There is a whole host of options to distract guards or stun them, and Eidos Montreal have done a great job with giving the player tons of options to choose from. 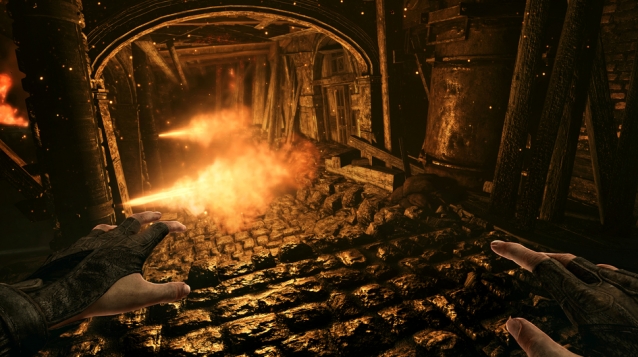 There is one thing I haven’t spoken about and that’s for a good reason. The Focus mechanic is one that caused great rifts in the Thief community leading up to launch. The Focus ability allows you to go into a view mode that highlights objects of interest, helping you solve puzzles and find loot. Some people were worried it would dumb down the experience, but I’m happy to say I hardly used it as it’s redundant for anyone with half a brain.

Also, Thief offers the ability to fine tune your playing experience with the option to turn off almost any aspect of the gameplay. Want a hardcore playthrough? Turn everything off and if even a bird spots you, you must restart the whole mission. Don’t like the idea of Focus? Turn it off. It’s as simple as that. This freedom with how you want to play is something not really seen before and I can only hope it continues.

After completing the uninspired campaign, you’re given the ability to go back to The City and do anything you’d like. This is where the game really comes into its own. Almost all the side missions and current DLC are based around stealing. Without any story obligations I found myself enjoying Thief for what it really was: a stealth and theft simulator. Breaking into safes and taking paintings from their frames, with no second thought to anything else, is where this game shines and where I recommend any of you to go. 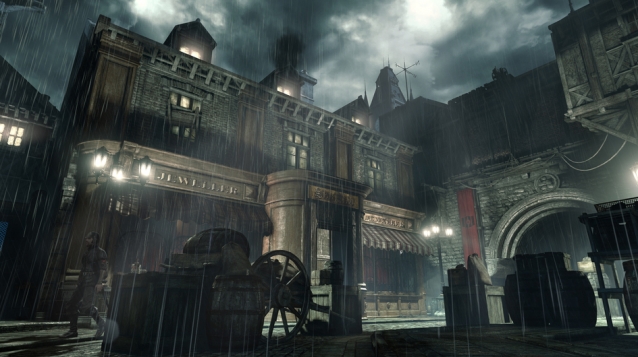 While not a completely stunning game, I found Thief to be an enjoyable experience (outside of the main missions). If you’re looking for something to waste hours collecting digital trinkets on, and feeling like a total badass thief while doing so, then this may be for you. For anyone looking for a story-driven, combat-focused, narrative-based experience you’d be better off looking elsewhere.

Thief is a disappointment. However, laying beyond its shortcomings with movement mechanics, combat and narrative, is a satisfying core of theft and stealth that can, at times, still have you feeling like a master thief. If you’re looking for something to waste hours collecting digital trinkets on, and feeling like a total bad ass thief while doing so, then this may be for you. For anyone looking for a story-driven, combat-focused, narrative-based experience you’d be better off looking elsewhere.

Games With Gold Revealed For June 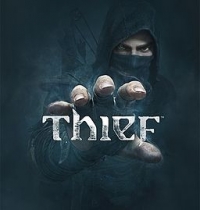