Time Loader caught my eye the moment I saw the following tags: 1990s, platformer, and action-adventure. Being an absolute nut for anything involving older eras (like the 90s which, you know, were 30 years ago. Feel old yet?) I was very excited to sink my teeth into the game.

The story is about a man named Adam that wanted to be a baseball player, but also had a love for science. Back in 1995, when he was young and playing on top of a treehouse, he trips and falls to the ground, losing his legs and cutting his entire dreams to ever have that sporting career.

Back to the present timeline, in 2020 he makes an unnamed robot—which I will be referring to as Dum-E henceforth because it looks exactly like Dum-E from Iron Man—that travels back in time to 1995 to prevent him from falling off the tree. 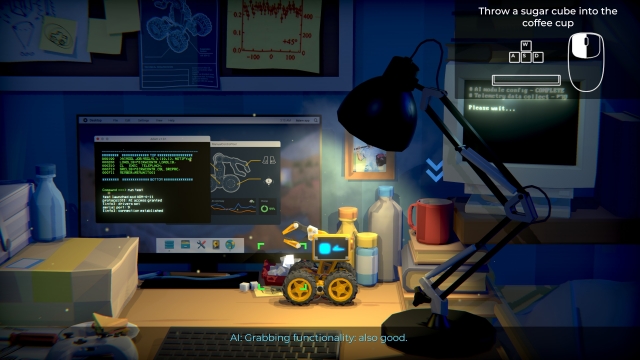 The story is very simple, but how heavy the plot was really caught us off guard - although this was most certainly welcome. You get a quick tutorial on how to control Dum-E, with very basic and very smooth controls, and off you go to the past.

The first thing my wife and I noticed was the Tamagotchi, and then immediately our eyes began darting for anything else referencing the 90s - which there was an absolute ton of. We had a blast just looking left and right for any sort of reference and the game does a really good job at mimicking the 90s. The atmosphere of the game was an absolute feast for the eyes, with beautiful colours and wonderful animations.

This is made all that much better by the wonderful audio design that Time Loader has. Not a single sound felt out of place, and many of them just added extra immersion. Simply put, the game has easily some of the best audio designs I've ever experienced, ranging from the sorrow-filled soundtracks that played in the background, to the beautiful attention to detail on how the wheels sound when passing through different surfaces. 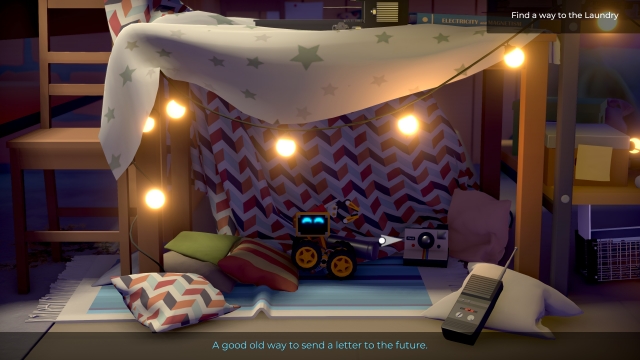 The game takes part over three acts and takes roughly around four hours to do a normal playthrough. You get several upgrades throughout the acts, and although you get to keep most, some of them are taken away after the ending. The few dialogue lines there are in the game are narrated by Dum-E's AI, usually talking about what to do, where to go, and showing a general adoration for Adam.

Although the game has action-adventure and puzzle in its tags, Time Loader doesn't feel like either of these things. The game was very linear and none of the puzzles really had us thinking - we just happened to stumble upon everything by accident. This isn't a bad thing, however. Time Loader may not be the puzzler we expected it to be, but as a relaxing platformer, it really does wonders.

Dum-E's set of skills are pretty small at the beginning. It can grab and throw items (something we forgot we could do and thus got stuck, but that speaks more about our intelligence than the game itself), jump, and climb - though this is very liberal usage of the word climb, since Dum-E is not very apt at it. From there, all of the future tricks you pick up along the way are mostly for interacting with the environment; this was generally pressing E whenever prompted. 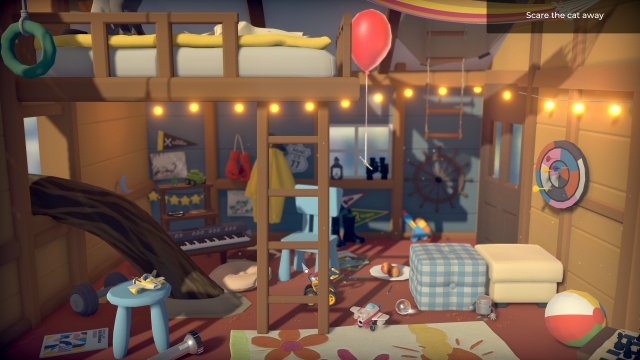 Although the game is short, it was an absolute joy to play. At first, we were worried about the completion due to the fact that every time we advanced to a new area we weren't allowed to backtrack, but it turned out fine. There are two things you can interact with that are present to get every achievement: symbols found when inspecting items and things that affect the future. Although the latter throughout the first two acts does barely anything, you do get a callback to what you might have changed. However, in the third act, everything you interact with affects which ending you get.

That's right folks! My wife and I were shocked to find out that Time Loader has not one, not two, but four endings. One of which is a hidden, secret ending. Maybe I shouldn't have told you that.

Throughout the third act, you can affect which ending you get according to how many items you interacted with that impact the future. Although I won't spoil it, of course, you can get endings A through C by interacting with a percentage of the items found in the act, which are what we perceived to be the bad, neutral, and good endings.

This was a welcome thing because it didn't mean that we had to start all over to experience the different endings. Moreover, there is a feature once you finish the game that allows you to backtrack to whichever level you want, making finding the symbols an absolute joy. 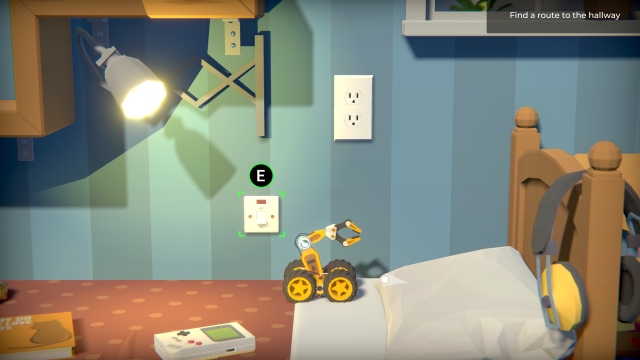 The game shows off its puzzle elements towards the end and in the secret ending, getting just a teensy bit harder but nothing that had us thinking about it enough to really consider the game challenging.

Time Loader is an absolute joy to play. The way that Dum-E moves made me think it was going to be clunky but it is actually some of the smoothest controls I've played with. The overall atmosphere and 90s ambience is a feast for the eyes, and although it didn't quite serve as a puzzle game, it definitely does its part as a platformer.

Time Loader is a great game for just about anyone to play. As long as you're not expecting action-filled gameplay, but rather a relaxing journey, there is barely a reason not to give the game a shot.

Time Loader: What is Behind the QR Code and How to Get the Secret Ending

Looks good, but I have a hard time paying that much for 4h. Hopefully they either come out with or have extra puzzels unrelated to the story. Sort of like master levels. Heck I felt ripped off with unravel 2 for how short it felt with their extra puzzels barely adding anything.

I understand completely what you mean! Shorter games seem to be becoming the norm, with games lasting 4-6 hours sometimes and that's a bad thing for their price at times. But if you do like this kind of relaxing gameplay, you should definitely pick it up at a discount! The atmosphere, the gameplay, even the immersive audio design all make up for a very worthy game of your money. I do, however, understand your hesitancy on buying it due to its time!

Thank you so much for your comment and interest! <3