The indie gaming scene is full of tributes to figures of yore. Super Mario Brothers, Metroid, Doom, and Rogue have gotten more nods than a hot DJ's club set. So, when I was assigned to review Tormentum, a point and click adventure, I assumed I would be getting an homage to Monkey Island or Sanitarium, but instead of goofy jokes or memory twisting insanity, I was presented with panel after panel of H.R. Giger. As someone who is a great fan of the late artist's work, this came as a very pleasant surprise - so much so that I could almost overlook the game's serious shortcomings. 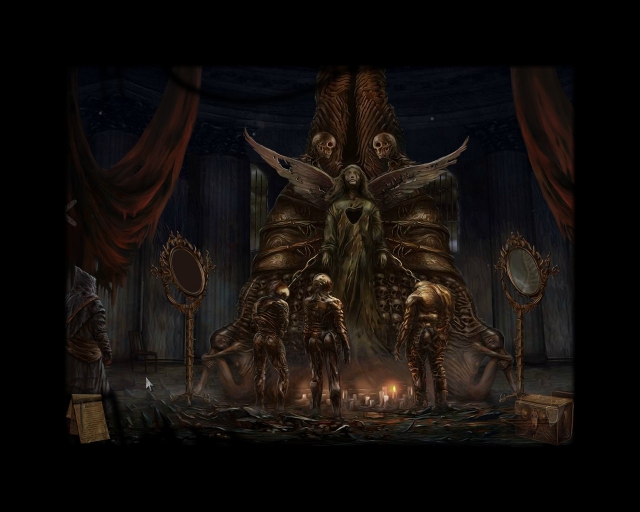 Tormentum is best imagined as a postcard with a fantastic landscape painting on the front and some generic greeting card drivel written on the inside. Brief, with trite writing, but so beautiful that it almost doesn't matter. It's a gorgeous game with some of the strongest art direction I've seen in years but the plot is predictable, the dialogue is generic and it opens with a philosophical quote on the nature of morality. While I certainly wasn't kept at the edge of my seat as I listened to characters prattle on about whatever gizmo I needed to fetch them, the writing is competent enough that I wasn't groaning or laughing at it. Similarly, the plot involves black and white morality decisions that, while thoroughly uninspired, are passable instead of painful.

The greatest shortcoming of Tormentum is the lightning speed with which one will blaze through the game. I managed to beat it in three hours. The game is concise and does not end abruptly, but for twelve dollars I would have liked more game time. Fortunately part of this brevity is because the puzzles are well designed. They are challenging enough to fully engage a player, but not so obscure or nonsensical that they require the infamous pixel hunts of older adventure games or an online guide. In fact, most of the puzzles are quite literally old fashioned physical portrait construction or shape arrangement. They are a refreshingly logical and satisfying to complete, but their above-average quality is ultimately overshadowed by the art. 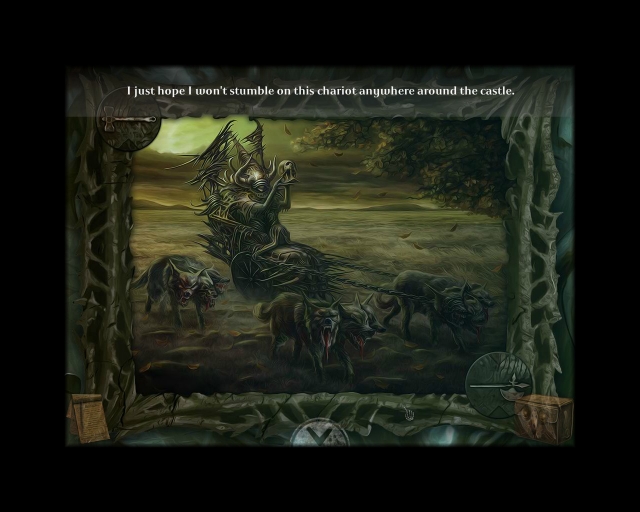 Every single scene in Tormentum looks great. Period. There was not a single panel that failed to intrigue me and I frequently found myself lingering to fully appreciate the quality of the background art. The H.R. Giger-inspired tapestries that form the game world are faithful, inspired, and capture the morbid sexual surrealism of the late visionary. To put the quality of the visuals into perspective, at one point I was given a choice to either destroy three paintings in front of a secret door or painstakingly restore thirty paintings in the area to get the item I needed. I chose the latter without hesitation because it meant looking at more of the gorgeous vistas and portraits that make Tormentum worth playing. I would even go so far as to say that Tormentum deserves a spot in gaming history as an example of top notch graphics achieved purely through art direction. As a whole, though, this expedition into the psyche that spawned Alien's aesthetic is difficult to recommend universally. 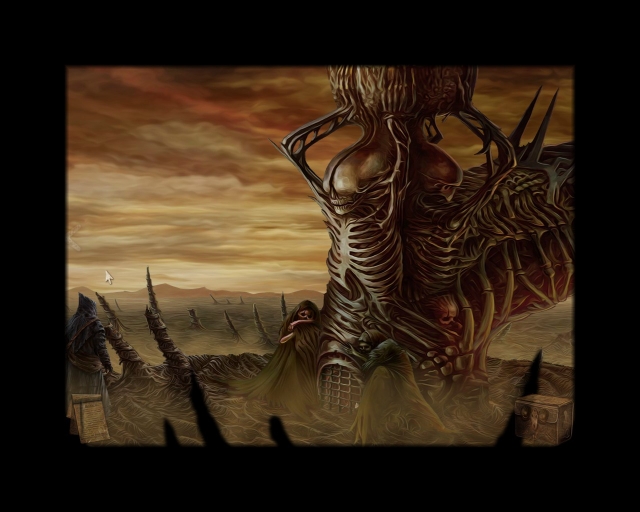 With a paltry amount of game time, low replayability, writing that's just this side of decent, and puzzles that are merely above average, Tormentum isn't worth the twelve dollar price tag for most people. However, if you are the kind of person who would attend a three hour exhibit of H.R. Giger's work just for fun, then go ahead and snag Tormentum on Steam.

Though held back by brevity and lukewarm writing, Tormentum sports truly inspired art direction that always pleases the eye.