Set in an open world where these massive steel beasties get sickly and need their local friendly Aaron Kaufman to pick up his tools and make all things well again (I’m not so sure there will be a lot of call for air ride though) the game has you working in the field and the workshop to diagnose faults, recondition or replace parts, and send the resulting working trains back on their way. 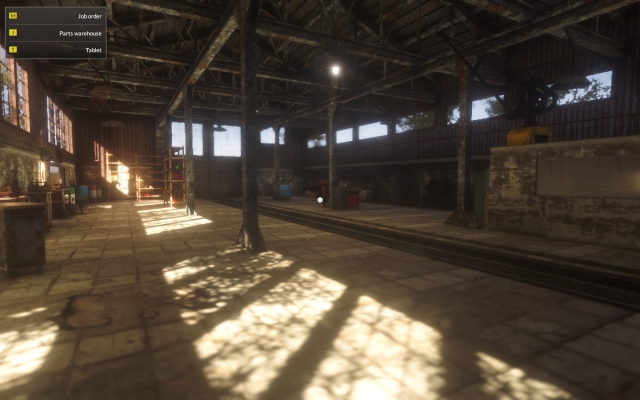 The opening tutorial of the game takes you by the hand and walks you through your first job from picking up the work sheet to signing off on the job and getting paid, but soon the jobs become more vague with descriptions like breaks being off or the engine being too loud and it’s up to you as the played to decipher what the hell it all means. As you become more comfortable with the tasks and diagnostic techniques used it becomes far less onerous for you to strip the parts affected and rebuild them.

The repair process is covered fully from diagnosis, to teardown, to repair and then on to James May levels of reassembly although it is a good thing that unlike the 5 year old version of me you don’t find yourself surrounded by a pile of parts with no earthly clue how it all goes back together (sorry about that clock mum). 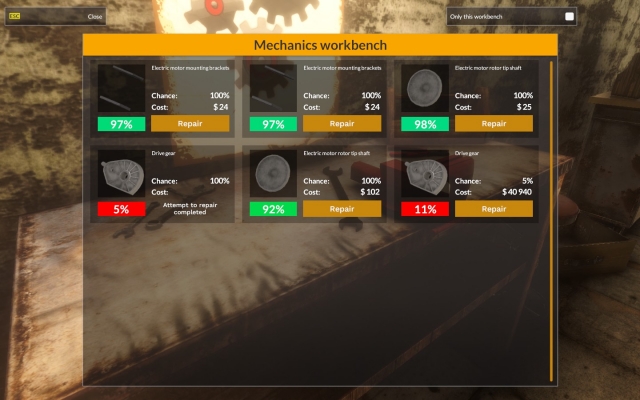 Although the actual wrench slinging is simple enough, and the trips out to find broken trains are equally easy since the game tells you which grid to look in and doesn't expect you to hunt through all 25 square kilometers before towing the broken thing back to the relevant workshop, I am sorry to say there are a few rather large problems.

Movement is horrible thanks to excessive head bob that cannot be mitigated and clunky controls that make actually looking at the parts you are working on a herculean task. Trying to hover your mouse pointer over a bolt to remove a broken part is enough to make you want to throw your mouse across the room. The work orders given by the game quickly become excessively tedious and have little to no variety to them, it’s just “go here, get this train, pull it back to a shed, fix it”. There was so much more that could have been done there. Add to this some glaring mechanical inaccuracies like having spark plugs in diesel engines (it’s called a glow plug, and big train diesels tend not to use them) and having to repair leaf springs at an electrical repair station, the overall perceived quality of the game takes a pretty steep nosedive rather quickly. 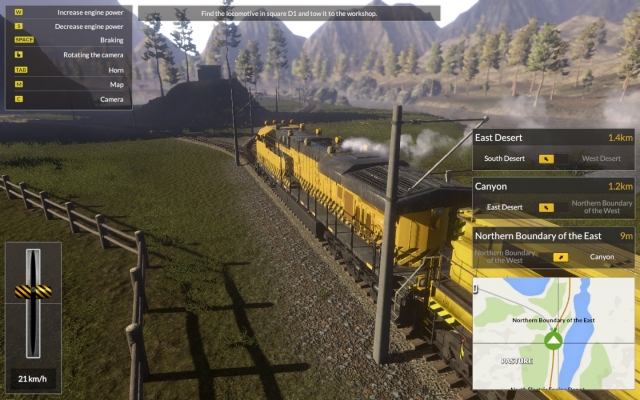 The last patch released for this rather buggy and somewhat dreary game came out in April which fixed the problem with the springs, but it has totally failed to address other bugs and problems. Since then there has been nothing from the developers which is what has lead a number of people on Steam to believe that it has been abandoned.

I’m not going to say “avoid like the plague” like I did with Hatred, because Train Mechanic Simulator 2017 has its good points, but if you decide to buy the game, be aware that you’re not buying what a lot of people would consider a completed product.

"What could have been" is a theme writ large in this game. The mark was missed by so narrow a margin it’s a real shame