Did you ever go jumping over a ravine on a motocross bike and think “I wonder what would happen if this were a fire-breathing unicorn, and I were a cat”? Well, that’s the main reason to play this DLC, which admittedly comes with over 20 other tracks to play through.

As far as DLC goes, it’s hardly a small one, bumping the total tracks to over 180, a bunch of new costume and bike parts plus some more challenges. The main fun -- apart from the unicorn levels -- comes from the levels created by developer Red Lynx and ‘All-Stars’ players. It’s a bunch of levels culled from the 60,000 made by your average gamer, which has been created in conjunction with Red Lynx. They are touted as ‘versus’, but seeing as you can play them in any order you want, it takes away from the initial feeling of conflict.

For those who love to create their own tracks, Awesome Max includes dozens of new objects added to the creator. I prefer to play the created levels, rather than create my own, but it’s easy enough to mess around with the editor. 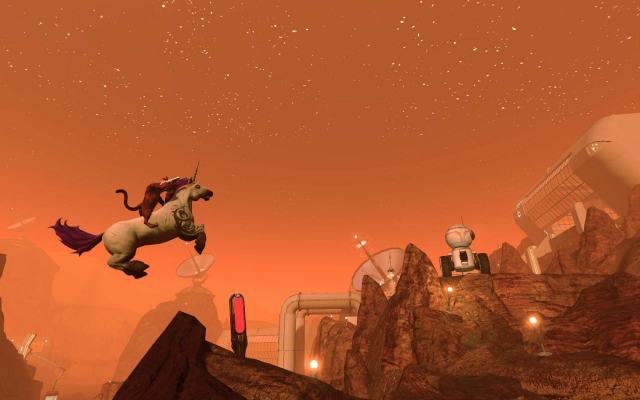 As I said before, the main draw is the unicorn. It only lasts for eight levels, which was quite disappointing to me as I wanted the adventure to be more adventurous… You begin as a guy on a bike, but are quickly altered into a more feline and equine state by science gone ary. Then, as reality itself begins to crumble, you set out on your quest -- which is only ever inferred by the fact that things happen when you finish a course. I like a vague quest as much as the next guy -- Amphora is as vague a love story as a puzzle game can be, but is one of my favourite stories in gaming -- so, it’s not like it really needs to give a reason for sending you across the world (and into space).

As I was eventually turned back into a human on a bike, I was quite annoyed that this mode didn’t go on for longer. The unicorn model is challenging, and amusing, to control as it gallops across the forest/train tracks/space station, with little snorts of fire every so often. One touch I loved was, when you’re doing a ‘wheelie’, the hind legs will move, and vice versa. It makes sense for that to be the case, but I still liked it. It looks like a unicorn, sounds like a unicorn -- and the cat doesn’t sound like it enjoys being knocked off when you misjudge a jump. 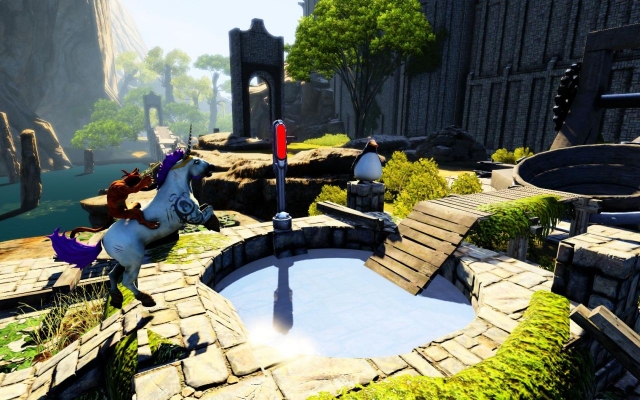 The selection of levels in the Red Lynx vs All-Stars section are, as you might expect, some of the best made levels. The themes vary, so one might be in the future with hover cars, the next might be in Hell. It’s an eclectic selection, but I had fun with them all, even the difficult ones. You get to try out all of the things you’ve learnt over the rest of the main game, and hopefully some of the tricks you’ve picked up in the other DLC whether it’s driving straight up walls or bunny-hopping over rocks.

The DLC is priced a little higher than the others, but if you’re new to the game it does come as a bundle, which is a much better deal. Though, for 30 new courses, loads of challenges and items for the course creator, it all depends on whether you value it worth the price. For me, 30 courses worth of the unicorn levels would have been well worth it.

With some awesome ideas and a new ‘bike’, it doesn’t disappoint on many levels, though is priced a little high and the Awesome Adventure mode is much too short for the advertising to have focussed solely on it.

Great review, it really makes me want to get this game and give it ago 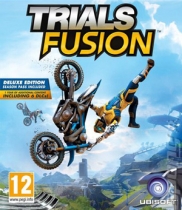