Turmoil - The Heat is On Review

Alright all you whippersnappers, welcome to the Wild West! You’re here for one reason and one reason only, I reckon, and that reason is money. How do we get money out here in the wilderness of America? Why we search for oil, my friend, Texas Tea. Now get out there and find all you can! Cause here in Turmoil, we’ve turned up the stakes - The Heat is On.

Game dev Gamious released the base-game for this DLC back in June of 2016. Turmoil is a super fun simulation game available on Steam and iOS where you play a hopeful oil baron working his or her hardest to find all the oil they can. Why? To become rich, of course! Maybe even rich enough to become mayor of the town. Though you’d better manage your resources well or you’re goose is cooked. In the base title you are able to drill for oil, sell to one of two companies, and make the most profit possible within the time limit. 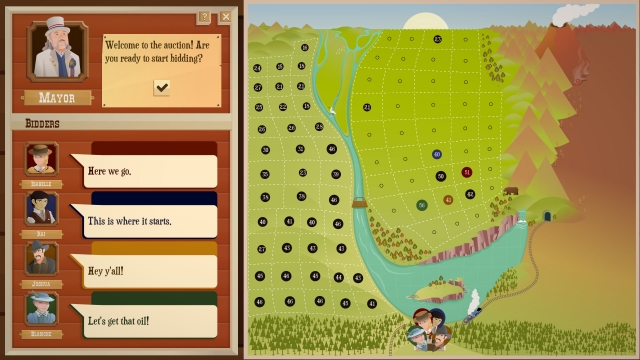 Much like the base game, this is still your end goal: drill drill drill. In Turmoil a player is given rigs, pipelines, horse-drawn carriages to transport the oil, and silos to store if you want to wait for a better price. Typically the time limit is several months, but you need to manage your resources well or you’ll end up spending more money than you make. Between rounds, a player can visit any of the various shops in town for bonuses such as no spillage fines and upgrades to your equipment such as stronger drills to penetrate rock. The player can even employ moles to search for natural gas which can be used to boost the oil prices.

The Heat is On brings things to a whole new level. What is that heat you might ask? Well it’s liquid hot magma, that’s what. And what do magma, oil, and science equal? Natural gas, more or less, which equals money! More gas means a higher price for the oil and, I think you see what we’re gettin’ at here. In addition to this, you can stop in town to play cards with some of the townsfolk, collect treasures, and explore the whole new area. 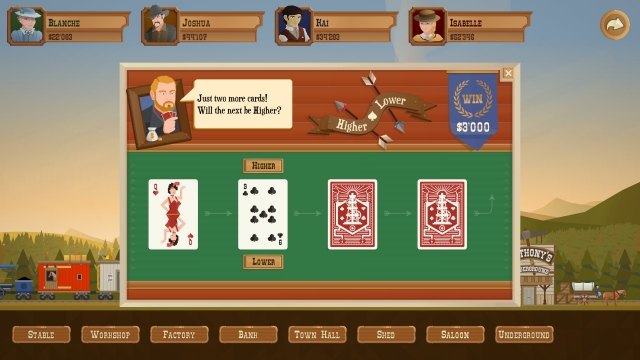 On each round, a new mechanic will be introduced, all powered by the magma that can now be found. The developers even explain the reason behind this DLC, stating that they’d noticed a lot of the base-game’s players didn’t use the natural gas “to its full potential”. Now “the exploitation of gas is made more straightforward”, as they state on the DLC’s steam page in hopes that players will really get a grasp of the mechanic this time around.

All in all, this DLC is just as fun as the base game, though I would highly recommend playing that first. The DLC gets complicated very fast, and if you’re not used to all of the already established mechanics, you may get overwhelmed quickly. The new features are well explained and fairly easy to implement. You still bid on plots of land with your competitors and will still bid for stock in the new town, so pretty much all of the old game features are available in the DLC. 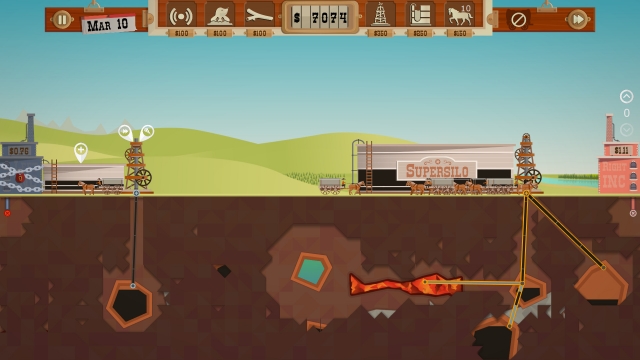 All in all, The Heat is On is a great addition, letting you explore and drill even more. For the price, $4.99 in the US and £3.99 UK, I would say it’s worth it. If you enjoyed playing Turmoil, you will enjoy The Heat is On as it builds on the original game by adding more features and more mechanics. This game is nice and nostalgic for me because it feels similar to The Oregon Trail, a game I played in grade school. The aesthetic is great and the game is so easy to get into.

If you enjoyed Turmoil, you'll enjoy The Heat is On. Definitely play the base game first to be sure you have the mechanics down, or you might not make as much money drillin' for oil as you'd like.

Turmoil Now Available on the iPad