One of the things I thoroughly enjoy about videogames is their ability to tell new and interesting stories. There are so many options out there nowadays for gamers who just want to engage in the different worlds that developers have crafted for them. That being said, however, stories are only a part of it. There are several different aspects one needs to make up a good plot, such as pacing, character development, and being able to relate to players on an emotional level. These are all aspects that Vesta manages to start off with, but unfortunately, they more or less peter out near the end.

Before getting into the big issues though, I should mention the positives with Vesta, starting with how delightful the characterisation is. By being a puzzle-based game, the title takes its time building and strengthening the relationships between its main characters, as well as giving them a real sense of purpose in the world. This all made possible through the use of charming dialogue, key emotional moments, and a wonderful soundtrack to emphasis it all. Honestly, throughout the entirety of Vesta, I never reached a point where I stopped caring about the hardships of these characters, something not a lot of games can boast. 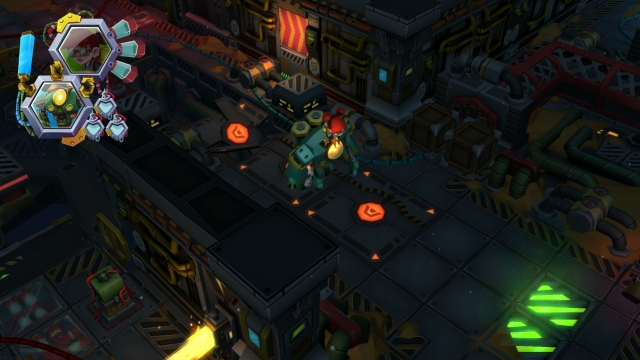 Gameplay wise, Vesta has a straightforward style to its puzzle-solving where those who aren’t used to the genre can start with little difficulty. That being said, those more accustomed to these types of games should still find some challenge in it, but if you do fall into that category, I’d recommend going with something a bit harder. Other than the puzzle solving aspect, there isn’t a lot more that Vesta offers in terms of gameplay. This is somewhat of a let down if you wanted something else to go along with the puzzle elements, but what it offers is enjoyable.

Also on the list of positives is the general design of the game, which has a very polished look to it. Now, I understand that praising a title for its graphics in this day and age is a wee bit passé, but Vesta really deserves a special note for looking the way it does. The variety of colours that are on display offer a visually pleasing escape from the usual dirt brown or moodless grey that can be found in most modern AAA titles. On top of this, the design of the enemies and comic book style transitions are also worthy of praise just for their look alone. It’s all refreshing really, as if the game had some actual heart put into it. 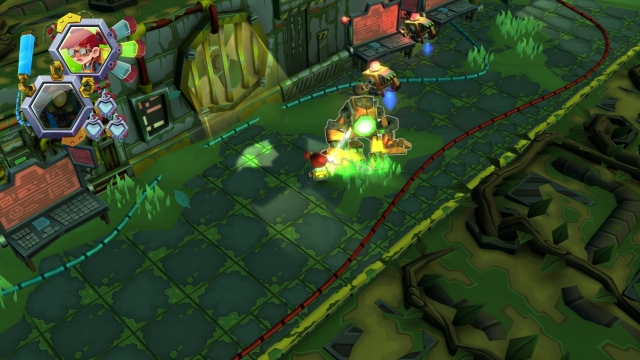 Praising aside, however, there is still the big issue that I mentioned earlier. This comes in relation to the game's ending which, without said issue, would’ve been an easy recommendation. No such luck though, as one of Vesta’s main selling points is also its biggest downfall. The big twist that's set up for the end of the game is… fine, for the most part. That being said, the amount of time spent speculating about what happened to the faculty we’re in is met with a half-assed explanation and an “Oh, and also this” type of deal that's pretty much there just for the sake of being there. The plus side is that the ending doesn’t really ruin the theme of growth that the title was going for and the characters still remain as interesting and charming as they were throughout.

So with everything taken into account is Vesta worth the price of admission? Ultimately, I’d say yes. It feels like one of those titles that you’ll play once, enjoy, and then just sort of forget about in the long run. The replay value is there with the different secrets that one can find throughout the levels, but the twist at the end (regardless of whether it was good or bad) puts it in that niche of games where once you know what happens that’s more or less it. All in all though, play it, love the journey, then move on to something else.

Vesta is a wonderfully crafted experience that falls just sort of the upper tier as a result of it's ending. There's a lot of fun to be had here, just don't expect the best payoff.