Eugen Systems' Wargame: European Escalation was undoubtedly one of the most overlooked titles on PC last year. Its killer blend of modern RTS gameplay and incredible visuals gave it a fresh and exciting feel that was reflected in the good reviews it received upon release. A somewhat cold overall presentation and a frankly terrible marketing campaign, however, left it off most gamers' radars. Eugen are back this year with an update to the Wargame franchise, titled AirLand Battle, that looks to build on the successes of the first game. In many ways this is achieved with great success, but at the same time it manages to mess up elements of what made W:EE so good.

What really sold W:EE was the incredible level of detail and raw graphical power of the game. There's nothing else out there that allows you to be perusing over a highly detailed tactical map, then instantly zoom in to an individual tank that's just as good looking. No matter the level of zoom, Wargame always looked astounding. Thankfully, this has been fully maintained, and in some cases even enhanced, in AirLand Battle. 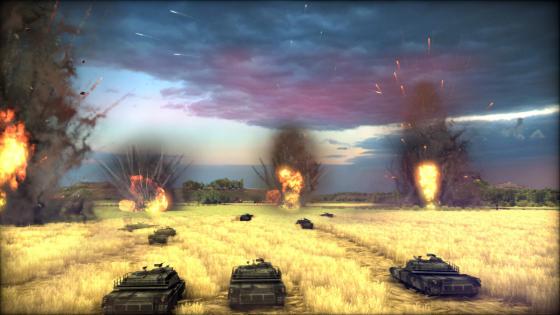 The units themselves still look as good as any other RTS game, and considering the huge number that can be onscreen at once, that's no mean feat. Only Total War beats Wargame on large scale unit detail, but even in that you can't have the enormous battlefields of AirLand Battle. Infantry units in particular have received a graphical boost and no longer look like puppets gliding across the landscape. Speaking of which, the scenery has also been enhanced; while nice details like trampled grass and scorched earth make a return, the lay of the land itself is also much more diverse. The huge flat landscapes of EE are thankfully a thing of the past.

So, aside from graphical updates, what's really new? Not a whole lot, is the short answer; but what is new is mostly worth the upgrade. As per the title, the biggest addition to the game is the inclusion of jet aircraft that can be directly controlled by the player. Eugen have added a huge array of planes from around the globe and they all look realistic, detailed and endlessly cool. The planes are purchased from the unit lists just like everything else, but as you'd expect they're controlled from an 'air comm' panel rather than the map. A simple click on your aircraft of choice, followed by a click of doom on an unsuspecting enemy unit and you're treated to one of the coolest sights in gaming. 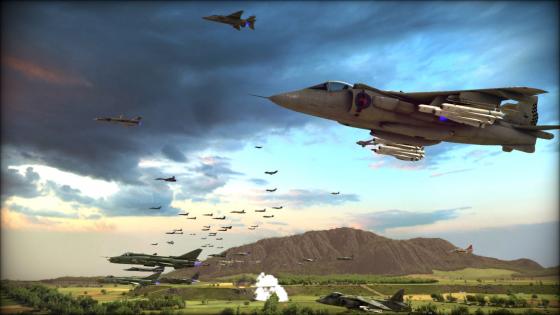 I didn't actually expect to be won over so easily by the inclusion of fighter jets, but it's a great addition to the game. The animations used for bomb drops, gun runs and napalm strikes (!) are beautifully executed and hugely satisfying to watch; although less so when it's your units that are being attacked. Aerial combat is also a joy to behold and the chase cam is particularly useful for following your plane as it hunts down an enemy. Actually, scratch that, it's not useful at all, if anything zooming in to watch your units will just waste your time. If you enjoy watching the more cinematic moments, however, you won't be able to resist.

The other big new feature is a redesigned single player, which ended up taking a backseat in W:EE due to the popularity of the multiplayer aspect (although personally, I loved the single player campaigns). Replacing the cutscenes and scenario style missions is a campaign map of the Nordic territories from which one on one skirmishes, exactly the same as the smaller online battles, are launched. As a big fan of the history twisting cutscenes and preconfigured scenarios, I was disappointed to see them both removed from the game, but I launched into it with an open mind. However, hopes of a Total War-esque campaign map were blown to pieces after only a few minutes of play time; the map does very little to actually engage the player and really only functions as a setup for the skirmishes. You can control where your units move and what army battalions to deploy, but there's nothing strategic about it and the map itself is horribly small. 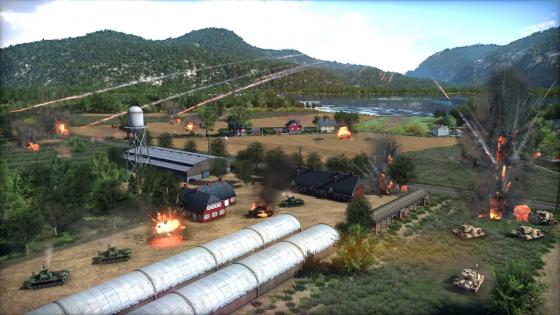 Once you're in to an actual single player battle, things don't improve. The gameplay itself is still the spacious, tactical and cinematic experience that made it enjoyable in the first game, but with a time limit of only 20 minutes per game, you often end up drawing and having to fight the same battle over and over until there's a winner. It all adds up to make an almost unplayable single player experience that does very little to ease players into the more impressive multiplayer offerings.

So for many returning players, the multiplayer is the key segment of AirLand Battle, and it's easy to see why. Where the single player experience is slow, boring and lacking in strategy, the online multiplayer is intense and wonderfully strategic. While the base game modes are essentially the same, the number of players involved greatly changes the complexion of the matches. With up to ten people per team the battles are huge without being crowded, with each player occupying a certain section of the map; assuming your team can organise itself.

Changes have also been made from W:EE, with none of the back steps found in the single player effort. The deck building system, which was a pinnacle feature of the original last year, has been given a visual revamp. While choosing the units you want for your army you can view them and move them around a hangar all while comparing specs and effects. Using your own finely tuned army in battle is still a hugely satisfying experience; although the names people choose for their battle groups really need to improve. 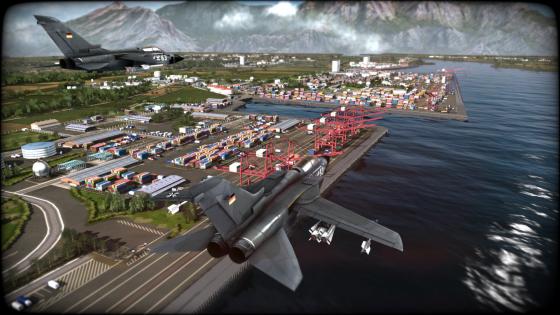 The aeroplanes also add a great new level to the multiplayer combat zone. Successful bombing runs are all the more satisfying when launched on another human player. Interestingly, anti-air defence has become a must-have for all commanders, to the point where it's actually tricky to use planes effectively at the time of writing. The community is starting to learn how to best use the jets, however, which is fascinating to watch. Squad tactics and designated target runs are starting to become commonplace and it's a testament to Focus Interactives' accurate design that these real life tactics can be deployed in-game.

This is actually a point that can be raised about the entire game; or at least the multiplayer. The nature of the design means you'll find yourself learning real strategies, as they're the most effective and beneficial. Charge your troops in like a madman and your entire force will crumble. Taking your time and picking your spots is the best way to start, from here you'll learn to adapt to any situation.

For the game as a whole, the sound design is a mixed bag; in a game focused on realistic modern combat, aural effects are key to building up that sense of scale and realism. AirLand Battle features some great audio, including a much improved tank shot effect (which in W:EE sounded more like a child's impression of a gun), as well as a great new multi-leveled sound effect model which produces different effects based on how close your camera is to the explosion/gunshot/vehicle. Unfortunately, the vehicles themselves still sound horrible when they're on the move, particularly tracked vehicles like tanks. Instead of a guttural engine noise you'd expect, a high pitched, practically squeaky sound is used. I know this is a very small thing, but when compared to the gruff sounds of tanks in something like Company of Heroes, it's just a missed opportunity for better immersion. 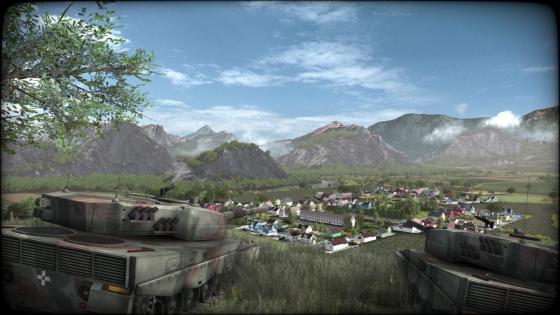 Of course, the big question is should you buy Wargame: AirLand Battle? I'd have to say that for the majority of people this sequel is unlikely to be of much interest. In many ways, the single player experience has been practically ruined. I know that for fans of the series, this isn't a particularly big deal, but for new players it's an instant turn off that will only hinder their decision to join the ranks online. The degree to which this can actually be called a sequel is also questionable; despite the full game price point this feels more like an expansion to last years' original with only a one real addition to the core game mechanic. What an addition it is though! The planes add a whole new level to the modern combat represented in the Wargame series; add on top of this a still stellar online multiplayer component and it's fair to say that not all is lost. For new players, it'll be tricky to get to grips with AirLand Battle. Give it a bit of time online, however, and you'll find yourself sinking hours into it with the regulars.

I'd have to say that for the majority of people this sequel is unlikely to be of much interest. In many ways, the single player experience has been practically ruined. I know that for fans of the series, this isn't a particularly big deal, but for new players it's an instant turn off that will only hinder their decision to join the ranks online.

Saw this on Steam, caught my attention. Bit expensive at the minute though, might get it in a sale. Nice review btw

A thankyouuu. I have to say, if you're not too fussed about planes, then the first one is a better option and will be cheaper...especially come the steam summer sale. 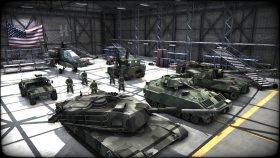