The 4X strategy genre has long been in the shadow of the Civilisation series, with Sid Meier’s eponymous franchise becoming most people’s first entry into this niche style of play. The genre allows for a wide range of games in lots of different settings and with lots of different gimmicks, which is where Warhammer 40,000: Gladius - Relics of War comes in.

It seems so strange that it has taken this long for Warhammer to come to the 4X party, but Gladius is the first and it takes no time in changing things up. Gone are any notions of diplomacy and trade, two mechanics that would seem rather out of place in a Warhammer game. In their stead, we have endless and unyielding war with everyone. The only victory is through total domination, and this has lead to a lighter, more focused 4X.

Which is not necessarily a good thing. Part of the charm and draw of these games is the multiple strategies you can employ to win. Gladius doesn’t have that, with the strategy all focusing on who can maintain their economies better to continue with a war of attrition. This certainly does require a lot of attention, as producing and maintaining units can cost multiple different resources. Gathering resources requires a building, and fortunately you can stack multiple of the same building in a single city - assuming you have space and the population to work it. 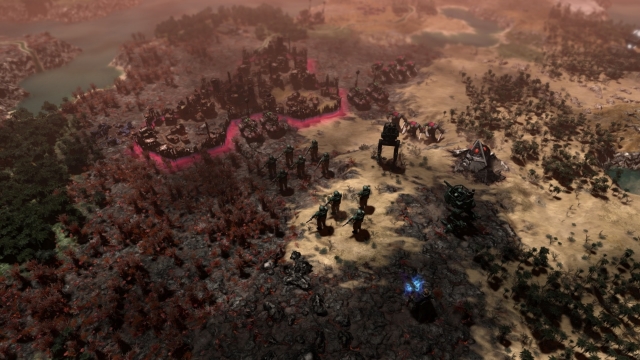 Cities don’t naturally expand, and require you to expand your influence by burning a turn of production. Expansion grants you space to build new buildings, and also passive percentage bonuses to resource production, and it only costs building production. If you have the buildings needed for creating units, you can keep making those in parallel. That means you can be pushing out multiple units at any one time while expanding, making the gameplay feel so much faster than any other 4X game I’ve played.

This also leans into the difficulty of creating multiple cities. The cost of building additional cities makes it difficult to spread consistently, and the way the map is often generated means there are seldom few places you’d want to settle. Expansion in this manner is not helped by the complete destruction of cities once they are defeated, with no way to salvage anything from the ruins of your conquests.

Taking cities is an exercise in patience: the only tile in a city you can actually attack is the centre palace, and moving inside the walls of an opponent's city reduces movement. Once you’re finally in range, the city takes one hell of a pounding before it finally goes down, though it doesn’t really pose much of a threat as long as you can safely juggle the focus. While multiple units can be produced at the same time, this comes with the downside of units taking multiple turns to produce, and a coordinated assault on a newly spawned unit will probably kill it outright. 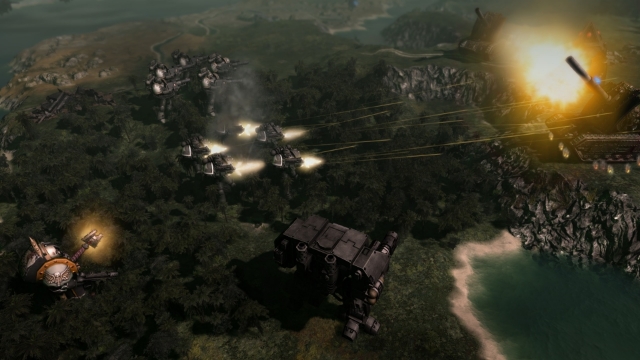 Tactically, you need to plan out every move you want to make before you make the first order, because units can only move once. Once they have moved in a turn, they cannot move again, even if they haven’t travelled their full movement range. This is incredibly annoying, especially since units can’t move through each other and often the environment either prevents free movement or damages units stopping in the wrong place. Some units do gain access to a movement boosting ability which does allow you to move again at the cost of any attack that turn, which massively negates using that ability offensively.

Ending a turn is something that occurs very often, and should in theory be the easiest part of the game. Not in Gladius, though. The UI often gets quite confused, selecting units that aren’t currently in vision, and moving the camera around wildly. It also prevents you from ending your turn if you have a city selected, forcing you to click once to close the city menu before ending the turn - assuming you have no notifications that is. Notifications, often a notice that a city has finished building something you’d be very aware of, take another click to clear.

It is because of this that I would hate to play Gladius online. Even if a turn timer is implemented, it would take the full timer each turn just to get through the UI nonsense. Having any AI in the game would extend the amount of time the game would take, as even in single player the AI turns can take up to a couple minutes to complete. I also don’t think the game lends itself to multiplayer very well, because of the domination focus. To win, you need to wipe the factions out as you come across them, which means often someone will be kicked from the game early on - and that isn’t fun for anyone. 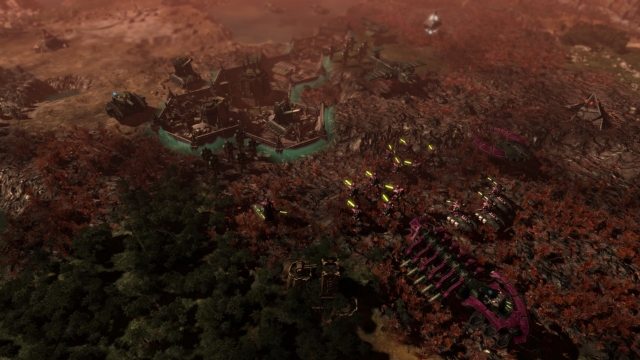 Gladius is a novelty in the 4X genre: the focus on combat has made a shallow game, and the execution is rather poor. The UI is clunky and unwieldy, the AI is slow and unchallenging but the game does not suit multiplayer because of its core design. There is the potential for something much more interesting there, but the simplicity of the systems limit the game too much for it to be something I’d recommend.

An interesting premise ultimately let down by poor execution and a lack of depth seen in most every other game in the genre.