Way back in the distant year of 2016 (perhaps a bit dramatic, but oh well), I did a review on a game called Nobunaga's Ambition: Sphere of Influence. It was one of the first titles that I reviewed where I hated the type of game it was, but still found reasons to give it a fair assessment regardless. Since then, I’ve continued to be professional and open-minded when it comes to games that may not be my cup of tea, so that I can deliver a fair review when all is said and done. Why am I saying all this? Because Warrior Orochi 4 is a game that’s not my cup of tea.

Warrior Orochi 4, for those who aren’t sure, is the fifth installment of the Warrior Orochi series published by Koei Techmo. Also, no, you didn’t read that wrong, Warrior Orochi 4 is the fifth game in the series (Musou Orochi Z counts). Basic math errors aside, having only ever played the first game myself, I was interested to see how much had changed in this crossover series over time. The result being, quite a fair bit actually. The gameplay is smoother, the visuals are prettier, the bosses are as badass as ever, and, my personal favourite, you hit things real hard and it feels satisfying, which I feel is the key ingredient to any hack n’ slash game. 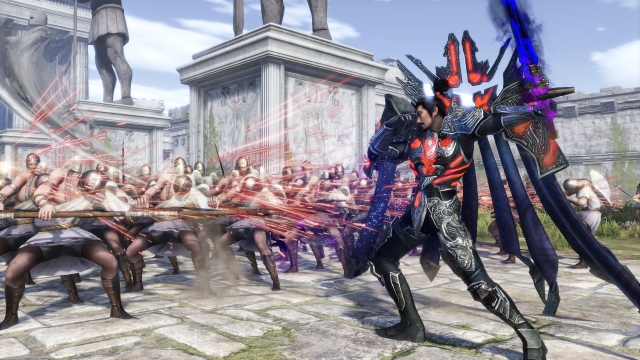 Stepping away from the generalizations though, what about Warrior Orochi 4 specifically stands out? Well, out of everything, I’d say that the combat feels great. Now, I’m not sure what the combat was like in Warrior Orochi 3, so I can’t tell if there’s been any massive upgrades. From where I sit, though, fighting off waves of enemies and pulling off combination attacks feels really good. The combo factor especially really compliments the gameplay as getting rid of mass amounts of baddies isn’t easily done with basic attacks. That’s one thing that should be made very clear about this title, this isn’t the type of game where you just hammer heavy attack for 30 minutes and then you win, it actually takes a bit of finesse to make sure battles are going in your favour.

However, with every pro, there is a con it seems. Where the pro was gameplay, the con comes in the form of that old traditional videogame mechanic, grinding to level up! Listen, I understand why grinding is one of those things that has been used in countless videogames, it allows the player to feel as though they’re growing alongside their avatar as they level up and gain new abilities. I get that, I really do. That being said, it doesn’t mean I have to like it. This gameplay lengthening bullshit drives me mental, honestly. There’s nothing worse than playing the level of a game (especially an entertaining game like Warrior Orochi 4) and having a blast while your doing it, only to be halted by a “you need to be this high of level to continue” notification. So yeah, understand why it’s there, not a big fan of it. 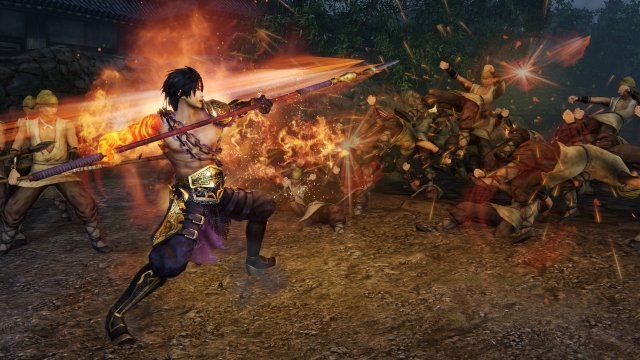 Removing myself from my own sea of rage, there isn’t a lot else in this game that makes me as frustrated. If anything, the only other issue I have is with the console itself. As I’m reviewing this game on the Switch, I have only one thing to say about it. The Switch is not a PS4 or Xbox One in terms of graphical capability, so expect a couple of bad frame rate drops to occur on it. The visuals themselves still look good though, don’t get me wrong. It’s just maintaining that look that’s the issue.

That being said though, with everything taken into account, is Warrior Orochi 4 worth picking up for Switch? I would say it is. If you’re a better person than me, then you’ll no doubt be able to look past the little annoyances like grinding and have a blast with the game. Yes, the gameplay, coupled with the fun bosses and the pretty looking environments, make for a rather welcome instalment into the Warrior Orochi franchise.

If you can look past the little annoyances like grinding and the frame rate, then Warrior Orochi 4, coupled with fun gameplay and pretty looking environments, makes for a rather welcome instalment into the franchise.