As much as you may try to avoid referencing other games while trying to describe Watch_Dogs’ gameplay, there’s just no escaping its influences and inspirations. This is a game that, for once, can be described as a combination of multiple different ideas - in this case being Assassin’s Creed meets Grand Theft Auto meets a cheeky little sprinkling of the Batman Arkham series. This is by no means a slight against Ubisoft’s efforts though, Watch_Dogs is, in its own right, a very fun - and sometimes original - game, but it has become a minor casualty of the hype train.

There’s a lot of gameplay elements that Watch_Dogs manages to present remarkably well, including its hacking elements, varied side missions and excellent combat. But, like all sandbox games of the last generation, WD suffers from a certain degree of repetitiveness, a factor that’s most evident in the game’s story - probably the weakest part of the entire package.

Aiden Pierce, Chicago’s resident vigilante and freelance hacker is on a vendetta for revenge after a job gone wrong a year prior caused the death of his niece. Down and out after feeling responsible for her death, Aiden seeks out those truly responsible in a citywide journey to uncover corruption at the highest levels. Sadly, while Aiden’s drive and motivation for his mission are understandable, it’s his annoyingly preachy narration and rather dull personality that make it hard for the player to relate to what he’s going through. It’s not all Aiden’s fault though: Watch_Dogs’ supporting cast are as equally dull and unremarkable as he is. Jordi, Aiden’s ‘colleague’ and the psychopathic equivalent of James Bond’s Q, is supposed to provide comic relief for the dark themes running throughout Watch_Dogs, but his dialogue is the complete opposite - bordering on cliché. 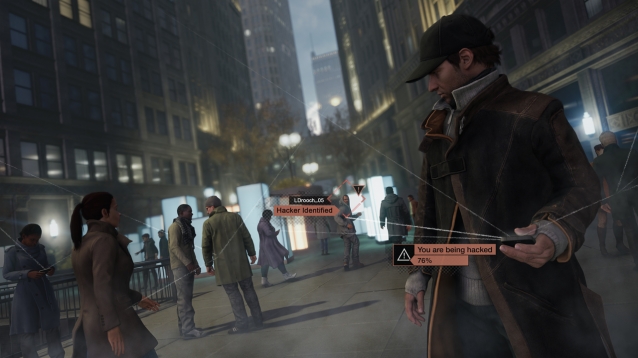 The story missions themselves are rather repetitive too. Far too many of them require Aiden to tail a suspect on foot, give chase in a vehicle, and then subdue them by raising bridges, bursting underground steam pipes or causing traffic collisions all with a touch of a button on his smartphone. There are some excellent sections that do show promise - such as infiltrating a human trafficking den under the guise of a very disturbed client - but these fail to capitalise on their potential for immersion due to weak characterisation and being bracketed on both sides by the tail, chase and subdue boredom.

It’s the city of Chicago itself - and what you can do in it - that makes Watch_Dogs have the lasting appeal you would expect of a sandbox game, and Ubisoft wants you to enjoy the voyeuristic nature of watching and profiling the city’s residents. Whether you’re exploring the always-online Chicago on last or current generation consoles, the world looks great. Obviously, there is a rise in visual fidelity on the Xbox One and PlayStation 4 versions, but you’re not going to miss out on the neo-noir feel if you decide to stick with old hardware.

You’ll spend the majority of your time between missions just strolling down the streets, profiling anyone that brushes past you in the metropolitan, urban playground, and not only is this a way for you to generate cash (by hacking people’s bank accounts), it’s the method in which you’ll unlock multiple different types of side missions. You see, sometimes, when you hack certain individuals, your map will be updated with coordinates for gang hideouts or crimes in progress to name just two activities. You can then pursue these at your leisure, picking and choosing from the activity that most takes your fancy.

Not all optional content is unlocked this way though. Taking a leaf out of the fort siege mechanics from the Assassin’s Creed games, certain sections of the city need to be hacked to gain access to that district’s network. These take the form of hacking ctOS (Chicago’s surveillance system) stations that litter the city. Once you’ve located and solved the mini, camera-oriented puzzle to hack the station, the map then updates itself with a myriad of enticing icons with equally intriguing names. 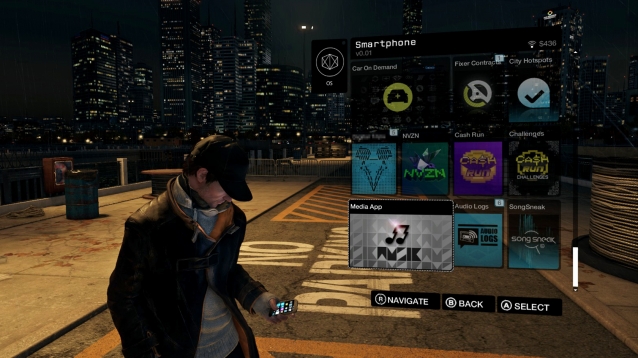 One of the best side mission offerings are Digital Trips, bite-size activities that follow in similar footsteps to the often weird stranger missions found In GTA V. Ranging from bouncing between giant flowers to traverse Chicago to wreaking havoc with a giant mechanical spider armed to the teeth, they provide some of the most fun and varied gameplay Watch_Dogs has to offer.

You won’t go five minutes wandering around the city without notifications flashing at you with almost seizure-inducing frequency, and while it’s great that WD wants you to try out its many different activities, it’s a shame that the game is held together by such a poor story and some disappointing mechanics. The repetitiveness of story missions was touched upon earlier, but it’s the scripted nature of how you subdue mobile enemies that sucks a lot of joy out of these sequences. While you can use roadblocks, steam pipes and traffic lights to take down the authorities or enemies, you can only do so when the game says you can. All of them can be activated whenever you decide to, but unless a flashing ‘Neutralise’ prompt presents itself as you pass say, a bunch of traffic lights, activating the hazard to take down any enemies will simply do nothing.

It’s this context sensitive nature of chase sections that takes control away from the player that forms one of the biggest weaknesses of Watch_Dogs. On the flip side though, combat is one of the game’s strengths. Feeling refined, varied and responsive, there’s nothing not to like about taking out gangbangers with the huge arsenal Aiden has at his disposal.  With the ability to cause blackouts and lay ambushes for enemies, combat sections have a great feeling of emergent gameplay. 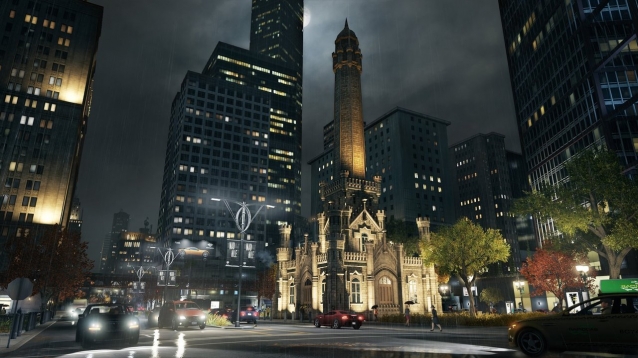 What will keep gamers playing beyond a few weeks though are some excellent multiplayer elements. A mashup of Assassins Creed’s stealthy pursuit multiplayer and Dark Souls’ invasion PvP, Watch_Dogs pits two players against each other in a battle of wits. At any point while playing online, you may get a notification informing you that another player has started hacking your mobile phone, with a progress bar showing you how long you have to locate the bugger that’s stealing your shit.

As time runs out the search radius will get smaller and once you’ve located your invader you can give chase to take them out. Fail to locate them, and they make a clean getaway with all your personal files.

It’s an addictive system that even has its own progression system for skill unlocks that runs parallel to the single player one, another facet of gameplay for those seeking 100% completion.

Watch_Dogs may not be the benchmark experience for sandbox gaming that Grand Theft Auto V was, but it’s still an enjoyable experience in its own right. Compelling side missions, refined combat and some unique hacking elements make this a must for fans of the genre, but if you’re looking for a grand, city-spanning story to get stuck into, this won’t be a game that will hold your interest beyond a few hours.

Watch_Dogs may not be the benchmark experience for sandbox gaming that Grand Theft Auto V was, but it’s still an enjoyable experience in its own right. Compelling side missions, refined combat and some unique hacking elements make this a must for fans of the genre, but if you’re looking for a grand, city-spanning story to get stuck into, this won’t be a game that will hold your interest beyond a few hours.

You Know You’re Addicted To Watch_Dogs When…