We Were Here Forever Review

I'd like to think that my relationship is pretty strong. At the time of writing I have been with my fiancée for 13 years, and whilst GameGrin doesn't pay me enough for us to afford to get married yet, we've adopted bunnies which is a bigger commitment anyway. Every now and then though, things come along which test even the most stable of relationships. I'm talking about things like the Coronavirus lockdown, the pineapple on pizza debate, and We Were Here Forever. Playing the latter with my partner was probably the biggest test of all of them though.

The entire point behind Total Mayhem's latest title — their fourth game and fourth in the We Were Here series -— is that it's a cooperative experience that will test your communication skills. Gameplay is largely asymmetrical, and players cannot see what their partner can see, meaning that puzzles need to be solved via clear verbal communication. If you've ever seen the '80s/'90s children's TV show Knightmare, it's not entirely unlike that show in the sense of the player often being unable to see the details of the puzzle they must solve.

Both players start out in a prison cell each with only a walkie talkie for company. This must be used by each player to describe their surroundings and discuss what might be necessary to proceed. Puzzles can take the form of mazes that can only be seen from the other player's perspective, symbols that need to be matched across multiple rooms, or even in one case a game of Pipe Mania that straddles two sides of a wall. 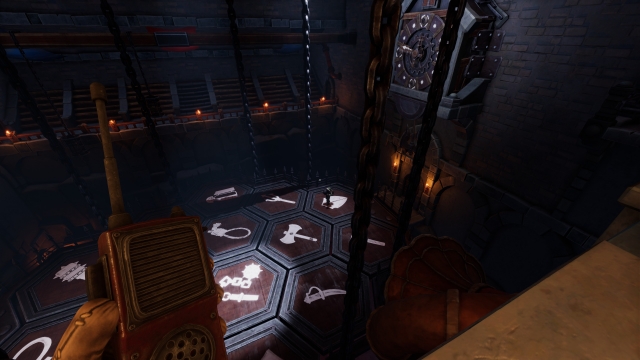 Some of the conundrums in We Were Here Forever are quite simple, but as time goes on, varying layers of complexity are added. One particularly mean late-game puzzle sees you listening for noises that relate to symbols that need to be entered into a code wheel. Neither the sounds nor symbols come from any language and are entirely abstract. It's worth noting that this does mean the game is not fully accessible for those with hearing difficulties in all cases sadly, and as someone who suffers with such, I found this part very difficult and there are no subtitles for the abstract sounds.

Accessibility concerns aside, there were a few puzzles which felt particularly obtuse, and puzzle hints available in-game were of incredibly limited use. I feel a bit more balancing would have made this a much better game. Quite a few of the puzzles felt very unevenly distributed in the sense that I often found either my partner or I were doing all the cerebral work, with the other limited to a grunt moving objects from place to place.

Some of the most frustrating moments however, came from bugs and glitches in the game. We regularly found ourselves getting stuck in scenery, or one of us getting stuck in connection limbo where we couldn't interact with anything for a few minutes before finally being disconnected from the server. When this happened, there seemed to be no way to rejoin the game and we would have to complete sections again. We were always taken back to the last checkpoint, but those checkpoints are sometimes very heavily spaced out, with no indication of where they are or if you just reached one. This also made deciding when to end a playing session difficult, as neither of us wanted to repeat some of the puzzles! 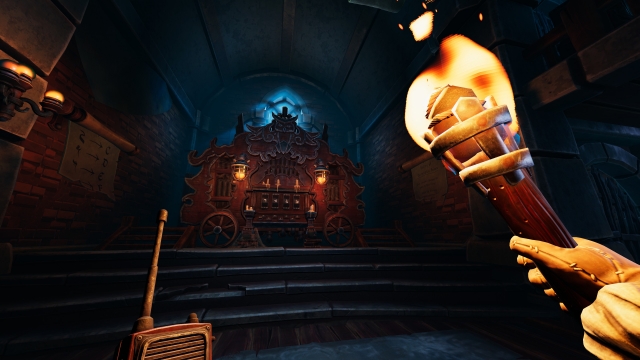 The soundtrack is great, with the tone set perfectly through the use of many audio cues. Although the voice acting isn't anything exceptional, it's as good as you would need for a puzzler and do bear in mind that this is an indie title so it wouldn't be fair to expect Nolan North etc. The story was pleasant enough but hardly the stuff of Hollywood. That said, it's a puzzle game so it doesn't seem like that's a major issue.

Whilst I didn't feel this was the most polished game, I did enjoy it and had an entertaining time navigating the world that Total Mayhem created for me. If there was just a bit more balance in the puzzles and a bit more quality control I would probably be raving about We Were Here Forever. I will likely purchase the first three games at some point because I feel it's worth persevering through glitches, but I wish I didn't have to! As previously mentioned, this is the fourth game in the franchise so I would have expected the formula to have been perfected by now.

Overall, despite some reservations, I would still recommend We Were Here Forever. Arguments over whether that symbol looks more like a foot or a mushroom, or listening to my partner try to replicate abstract sounds were enough to counter the frustration of replaying a few sections. 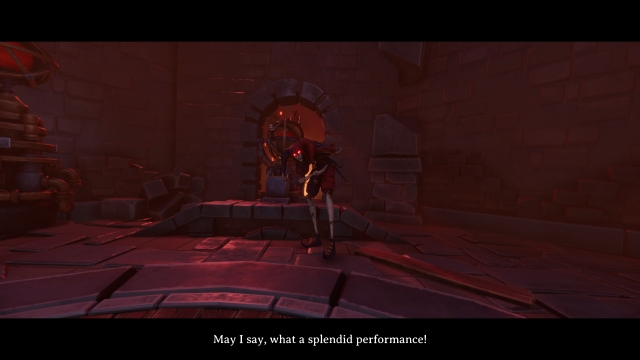 We Were Here Forever (Reviewed on Windows)

A good game that suffers from a few balancing issues in places and some frustration bugs. Nonetheless, still a solid and fun co-op experience.

We Were Here Forever Review

We Were Here Forever Announcement Trailer

We Were Here Forever