After taking a years hiatus from the series, developer Kylotonn Games have returned to the WRC mantle to bring us WRC8. With it they’ve brought a whole host of improvements and new features to the series, including a new handling model. With that in mind, can it hold a candle up to the current forerunner in the rally game category, DiRT Rally 2.0?

Before we take a look at the game as a complete package, it’d be remiss not to talk about the new physics and handling that’s been delivered as a part of this entry to the franchise. Kylotonn have refined their physics engine to make the cars react more realistically, and the improvements really show. Cars feel a lot more planted than they have in previous WRC titles, where they used to feel a bit floaty and disconnected. Now there’s a certain heft to them shifting around the track. There’s still the odd times where it feels like it’s being too twitchy, but I could just as easily put that down to bad driving on my behalf. There’s also the addition of tyre wear and dynamic weather, which adds more unpredictability to your car. Take worn tyres into a stage and you’ll find yourself unable to take corners with as much speed, since you won’t have the grip, and a quick change of weather can quickly spell disaster for your times if you’re caught unaware of the heavens opening and ruining any semblance of stopping power you previously had. 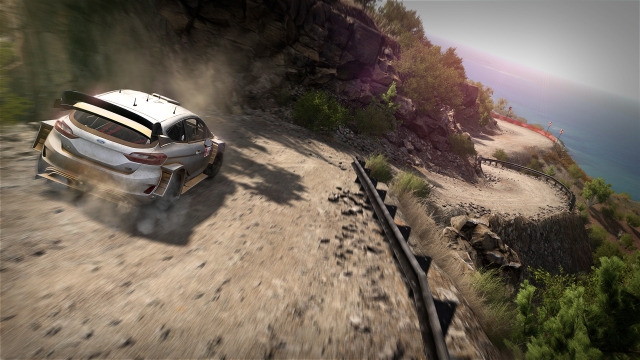 Which leads us nicely into the new fleshed out career mode. No longer just a straight-through slog of event following event, the career mode has been updated to allow for a more involved experience. You’ll now be earning research points throughout the career which you can use to improve yourself and your team for future races. It’s very similar to Codemasters’ F1 series games in terms of talent tree style progression, if you’ve seen that before, and is very reminiscent of building up your characters talents in an RPG. Speaking of improving your team, that’s something you’re going to want to be doing, since your team boosts your abilities in rallies in numerous ways. You’ll have the usual engineers that you’ll need for repairing your car mid-event, but you’ll also have to hire meteorologists to get a good idea what the weather will be like in the upcoming event (remember, it’s dynamic now!) which will give you a keen idea of what strategies to take into each stage. There’s also additional events you can take part in, such as training days, rest days (your staff will thank you) and extreme events. Those last ones will put you into a car in some state of disrepair on a difficult track and you’ve got to nurse it to the finish line. They’re deceptively tough.

But that’s where I discovered my first bug, starting an extreme event at night and there’s no headlights. They weren’t broken as per the event, but just not turned on at all. I restarted the event multiple times and had the same problem each time. Restarting the event also showed up another oddity. The timer that counts you into the stage no longer counts down from five, as per the first time you entered the event. This really plays with your muscle memory if you have assistive starts turned off, leading to me jumping the start on a couple of occasions. Finally, I found it odd that the game highlights “No” as the default on certain windows, this led to missing out being told how the career mode worked, which, on your first playthrough on WRC8 you’re going to want to be led through. 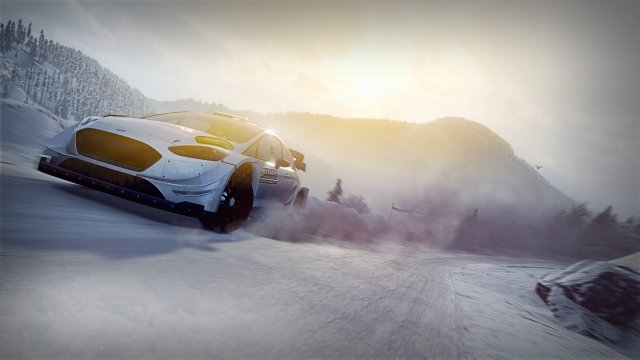 Graphically, the game can be largely middle of the road (no pun intended), with certain regions having much nicer looking graphics than others. Whether this is down to reuse of assets from previous games or not, it can be a little weird. The cars are modelled nicely though, and really look the part. Audibly, the engines sound throaty and environmental effects are on point. Co-driver calls have been much improved from previous games, however, does sound like you’re being given instructions from the cast of Dad’s Army veteran Mr. Mainwaring. There’s also a sincere lack of reaction from your co-driver when you inevitably fluff it up and end up in a ditch, leaving nothing but absolute silence. Maybe he’s stunned. Who knows.

The only other real gripe I have with WRC8, is that there’s a lack of classic cars available in the retail package, instead, they’ve been siphoned off to “Legendary Cars” and “RWD Legends” DLC packs. Whilst the entire roster of 2019 championship cars across WRC, WRC2 and WRC Junior are present and accounted for, this leaves four cars of the base game to be ones from years gone by. At current standing, it’d cost around another £15 to get the five additional cars that are available, which stings if you’ve just dropped £50 on the game’s standard edition. This means without dropping extra cash, there’s only one rear wheel drive variant in the game. However, the DLC doesn’t have fan favourites of the Subaru Impreza or Mitsubishi Evo flavours either, nor seemingly anything from the Group B category. Maybe that’s for the best... Overall, the game is presented well, drives well and has plenty of track and career variety to keep you embedded for a while. If you’re after a competent rally game that doesn’t have quite the difficulty curve of something like DiRT Rally, then WRC8 should be one that’s on your list. It marks a definitive improvement over Kylotonn Games’ earlier WRC outings, and hopefully earmarks WRC9 as the one that tightens up the rest of the package outside of the driving.

A competent entry to the WRC series by Kylotonn Games, and the handling model has improved a lot since their previous outing, however, the title is let down by some oddities and bugs that can sometimes make gameplay more effort than it needs be. Choose this if you want a decent rally experience, without the harrowing difficulty that DiRT Rally will put your way.