Marvel’s Ant-Man is the latest instalment in the ever expanding Marvel Cinematic Universe. Amongst the super-humans, billionaire philanthropists, raging Hulks and hammer wielding gods, Ant-Man offers something for the little guys. With it’s recent release in the cinema, what better time for pinball pros, Zen Studios, to release their latest table onto the Zen Pinball 2 platform, after all he is the only Avenger that could actually fit inside a pinball machine!

In what is arguably one of the most supported games, it seems that a month doesn’t even go by without Zen Pinball 2 receiving another table, fresh with a new design, new sounds and new toys. From Star Wars to South Park, Portal to Excalibur, there’s more than likely a pinball machine for all seasons and Ant-Man is no different.

The aesthetic is pretty much what you would expect from the Marvel license. Ant-Man’s story relies heavily on science and discovery, and this lays a great foundation for the design of the Ant-Man table. The glowing orbs, chrome rails and jargon filled character commentary all resemble a laboratory scene, one that you would expect to see in the film and making the whole experience that bit more intimate. 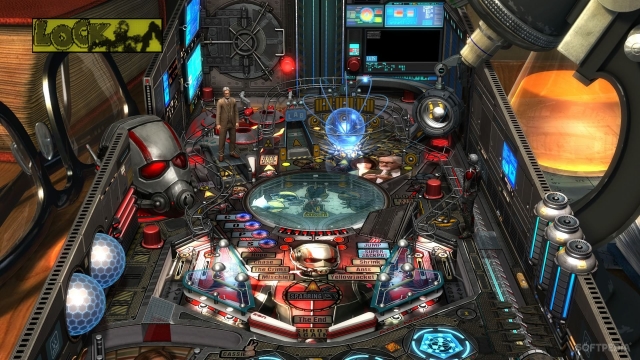 The table is relatively barren at first glance, however that doesn’t necessarily mean that the host of toys and features aren’t there to be exploited. They are, they’re just hidden and require a certain amount of probing and precision pinball skills to unlock and discover. These range from jumps, secret runs for balls and a ‘shoot the bad guys’ mini-game, as well as other usual Ant-Man variations of pinball classics.

The most prominent and easy to unlock is perhaps the Pym Particle multi-ball. The huge, blue, glowing orb caged at the top of the table is an easy target to go for as you warm up your paddling skills and after hitting a number of targets surrounding it, you release it from its case in a flurry of insane multi-ball madness. The downside to all of this point multiplying insanity though is that the Pym Particle makes the balls small, and I mean microscopic. Amongst the flashing lights and barrage of colours, they are practically impossible to see and although I get the ‘ant-sized’ nod, it’s somewhat disappointing when the balls slip through your paddles.

Playing the majority of the table on Vita will mean you lose part of the experience, however. The score graphic in the top left of the screen is so small on the handheld, it becomes pretty much irrelevant. A real shame when, in a flurry of multi-balls, you haven't a clue how your total is doing. That being said, the table is a cross-buy purchase and the transition onto a large television via PS4 or PS3 will quickly see those problems eradicated. 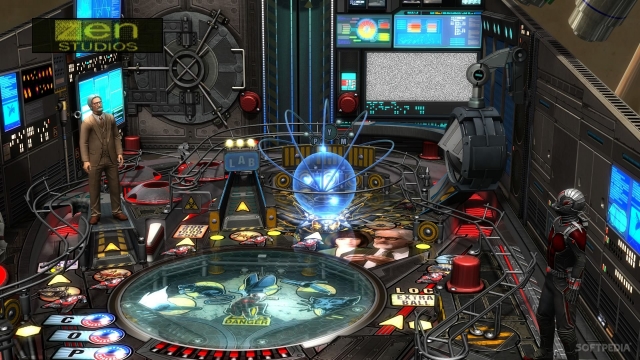 While the in-play music is a solid blend of sci-fi sounds and dramatic build up scores, one that would perhaps not be out of place in a Marvel film itself, the voice acting feels a touch hollow. Granted, you’re playing pinball, so it’s not the biggest gripe, but Paul Rudd and Michael Douglas have iconic voices, and as the two table characters, it almost does the licence a disservice to have lacklustre imitations of the two actors.

It’s rare for Zen to swing and miss when it comes to their seemingly endless barrage of pinball tables and Ant-Man is no different. With a solid layout and great ties with the Marvel film itself you’ll struggle to find yourself more immersed in any of the other licensed tables and it is certainly well worth adding to your virtual pinball collection. While it’s disappointing the voice acting of the characters is a bit off, and some of the ant-sized balls are near on impossible to see, it certainly won’t stop you playing over and over in order to beat your high score.

While the table appears barren, looks can be deceiving and it is just as intricate as any other you may have sunk hours into previously. It might not be highly innovative, but it doesn’t stop it being another highly addictive addition by those pinball wizards over at Zen.