Have you ever played a game that was so engrossing in its moment-to-moment gameplay that it began to invade your everyday thoughts? Where the button combinations and timings required just felt so… right, that you could almost feel your hands moving to the shape of a controller when you’re sat on the bus, at a work meeting or trying to get to sleep? Zombie Army 4: Dead War, to me, is one of those games. It won’t go down in history as an example of high art, but for a silly roller coaster ride centred around shooting Nazi zombies in their faces, it ticks all the right boxes.

Right off the bat, the game smacks you in the face with personality and a sense of self-awareness, both things that were sorely missing in earlier entries: zombie hands can be found dancing about as collectibles, typewriters spout ghostly threats when touched, bucket-head zombies shamble around blindly and creepy dolls can appear in the most unexpected of places —just to give a few examples. These quick jabs of humour populate the crevices and hidden corners of levels; no single one stands out, but they’re so frequent —in the best possible way— that it’s hard not to get swept up in the ‘ghost train’ vibe of it all. 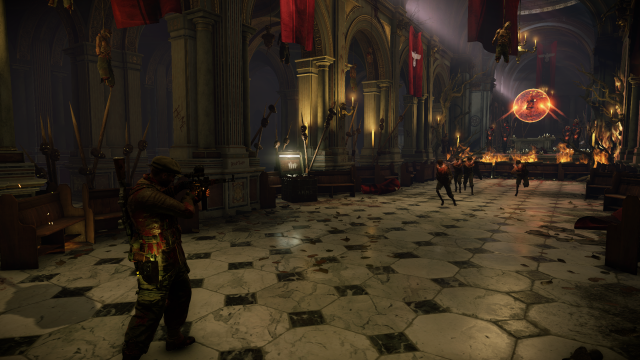 Just like any good ghost train, Zombie Army 4 is meant to be experienced both repeatedly, and with friends; as such, it’s not exactly heavy on plot. Spending too much time analysing the story here would be missing the point —a bit like picking apart the artistic merit of a maths textbook. In a delightfully absurd story, players will travel through apocalyptic Europe on a journey to destroy a series of mysterious hell towers and thwart a plan to re-resurrect zombie Hitler. Of course, expect an ocean of blood and viscera to follow the game’s four protagonists as they slash, shoot and stomp their way through hordes of the undead.

Through the game’s nine chapters, players will make thick, red mist out of zombies in zoos, swamps, streets, canals, volcanoes, caves and more. For what really amounts to little more than a lengthy gauntlet of differently-themed zombie arenas, the levels do a fantastic job at staying entertaining. No location out-stays its welcome. In fact, the arenas are often so full of vantage points and tactical(ish) options that it’s a pity they weren’t padded out with a few more zombies: the game doesn’t linger long in any single area. This is a serious improvement on earlier entries: I recall being unable to finish the first Zombie Army game because the repetition became too much to handle. The fact that I couldn’t get enough of this entry speaks volumes to how the series has improved. 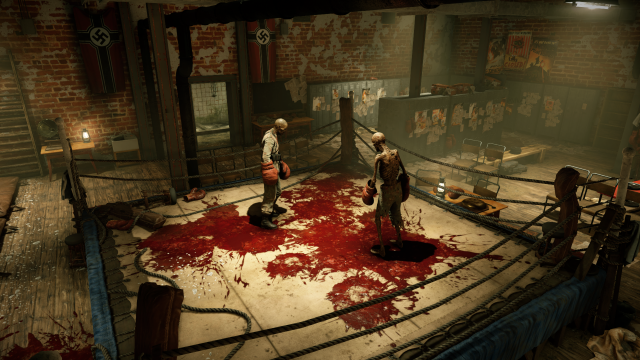 The improvements certainly don’t end at level design: with a rank system that unlocks a slew of upgrades, perks and cosmetics, a sense of permanent progression is given to the stages and modes that might otherwise feel disconnected. Landing a headshot may be fun, but having that headshot prompt a “RANK UP” notification elicits another kind of satisfaction entirely —it’s part of the reason multiplayer modes like Call of Duty’s have become so popular in the past. And while the perks on offer are generally quite uninspired (more health, stamina, ammo etc.), the weapon upgrades really do make each firearm feel significantly more powerful, especially with the elemental effects available for each one.

Even without a single upgrade, I really can’t overstate how satisfying the experience of shooting is in Zombie Army 4. There aren’t many weapons on offer, but each one feels purposeful in its inclusion and —more importantly— impactful. Headshots are easy to pull off, but don’t feel any less satisfying for it; even secondary weapons, which could feel like glorified pea-shooters in earlier games, are given a serious beefing-up. Snipers will, naturally, always be the weapon of choice (the franchise is a spin-off of Sniper Elite, after all), but the handful of SMGs and shotguns on offer are all viable and fun to use. Extra powerful one-time use weapons like miniguns, flamethrowers and rocket launchers are also littered across the levels to spice things up. These are almost all great fun, except for the flamethrower, which all too often leaves the player character engulfed in as many flames as their foes. 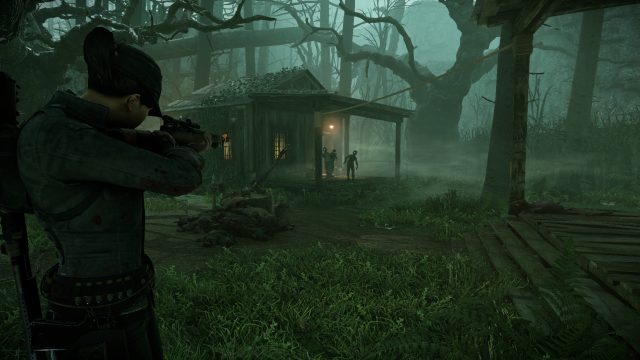 The combat may be its own reward, but Zombie Army 4 goes the extra mile in including a multiplier-based score system that encourages swift and skilful shooting. I’m of the mind that scoring in games is an unnecessary holdover from the arcade days, but the way that it ties in to this game’s rank and unlock system meant that I was genuinely driven to see those arbitrary numbers rise. Watching the multiplier get higher and higher was a rush, while letting it reset to zero felt like a real and surprising gut-punch.

Players who are itching to watch those numbers climb higher will get the biggest kick out of horde mode. It doesn’t do anything particularly special or groundbreaking —there’s only four maps, derived from the campaign— but the core gameplay is so satisfying it almost doesn’t matter… almost. To really hit the spot, however, horde mode could do with more depth or some additional maps: as it stands, the mode feels like it was plucked out of an earlier Zombie Army game —such a shame.

While we’re digging around the nasty, gritty bits of Zombie Army 4, the handful of technical issues —at least the ones I encountered— deserve a quick mention. Several times (maybe once every chapter or two) the ‘cinematic’ black bars that usually accompany cut-scenes got stuck on-screen during gameplay, requiring a checkpoint reset. Not a huge issue, but a nuisance nonetheless. More egregiously: I fell through the ground twice, leading to death by bottomless pit; and on one occasion something failed to trigger in the level, meaning that I was unable to proceed —even by resetting to a previous checkpoint— and had to restart the entire level. None of these ruined my game experience, I’d barely say they tarnished it, but they did give the game a slight unpolished edge that feels reminiscent of the earlier games in a not-so favourable way. 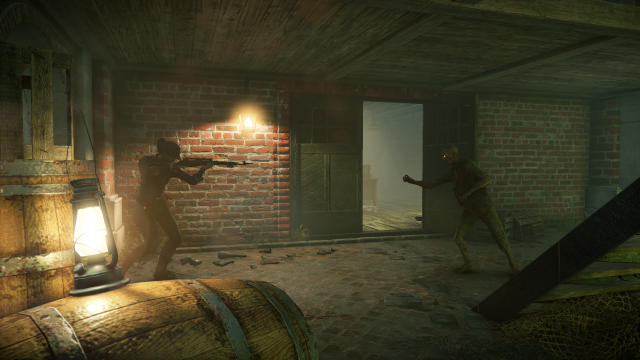 More so than the earlier games however, the rhythmic, trance-like flow of combat in Zombie Army 4 draws stronger comparisons to 2016’s DOOM. Darting between zombies, popping off headshots and making use of rechargeable special moves in service of keeping the blood flowing and the ammo firing becomes an almost hypnotic act. It’s the lasting impression that the game left on me, and it’s the final image I want to impart onto you: a joyous, mesmerising display of violence that squeezes as much fun out of mindless zombie killing as humanly possible.

An improvement on its predecessors in just about every conceivable way. Zombie Army 4: Dead War offers one of the ‘gamiest’, most carefree and satisfying shooting experiences of recent years. It absolutely earns its independence from the Sniper Elite name and stands out as an example of why self-seriousness isn’t the be-all and end-all in modern gaming. Technical bugs and a lacklustre horde mode prevent this from reaching its full potential, but it’s just so hard to stay mad at a game that’s this much fun.

An improvement on its predecessors in just about every conceivable way. Zombie Army 4: Dead War offers one of the ‘gamiest’, most carefree and satisfying shooting experiences of recent years. Technical bugs and a lacklustre horde mode prevent this from reaching its full potential, but it’s just so hard to stay mad at a game that’s this much fun.