This week’s free games on the Epic Game Store are MOTHERGUNSHIP and Train Sim World 2. MOTHERGUNSHIP is an FPS bullet-hell roguelike developed by Grip Digital and Terrible Posture Games, with a wildly unique crafting system where you can customise your guns to fight gigantic bosses, and defeat a robotic alien armada that conquered Earth. Train Sim World 2 is the second instalment in the franchise of Train Sim World, where you can immerse yourself in the authentically replicated German inter-city rail, the Cumberland Terminal and the Bakerloo Line of the world-famous London Underground.

MOTHERGUNSHIP is a bullet-hell FPS where you craft your own guns, fight huge bosses, and defeat a robotic alien armada that conquered Earth. Face off against overwhelming odds in brutal, non-stop combats where thinking on your feet is the only way to survive.

The evolution of train simulation! Master iconic locomotives on high-speed services, long freight hauls or precise commuter traffic, and get creative with customisation tools in this advanced sequel. Climb into the cab in Train Sim World 2. 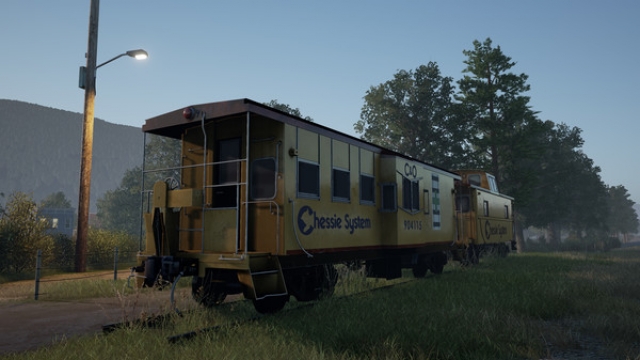