Playing Agony is like listening to a really transgressive hardcore death metal band who can’t actually play their instruments: Full of shocking and vile imagery on the surface, but when you peel away the blood-soaked top layer, there’s really not much being done right. The debut title from Madmind Studios, this first-person survival horror game made a crimson splash on Kickstarter when it promised to provide one of the most terrifying and gruesome depictions of Hell to date. Sadly it didn’t deliver a good game in the process.

Credit where credit is due: Agony absolutely is gruesome, horrific, and enough to make even an Atheist consider welcoming Jesus into their life. Madmind Studios have lived up to their claims and created a world where you’ll be swimming in blood, ripping out hearts, watching baby’s heads explode, and seeing lots and lots (and lots) of vaginas, penises, and nipples (usually mutilated or attached to some sort of horrific monstrosity). Oh and there are also spiders made from pubic hair. Everything in Agony is designed to shock and disgust, and it really never lets up for the entire game. Even the “tamer” parts of Hell are still bizarre, otherworldly locales that are unnerving and alien. In fact, by the end of the roughly 10 hours it will take you to finish Agony you’ll very likely find yourself completely desensitized to its content. Unfortunately, almost everything else about the game is really poor. Although visually creative, from a performance standpoint, Agony is woeful. With muddy textures everywhere, random framerate dips even on high end PCs, and character models that at times look like they’re out of the previous console generation, the game is Hell to look at. The ambient sound design is quite effective, utilising surround sound to fill your ears with screams, cries, and moans that help increase the immersion factor, but the other sound effects feel cheap and weightless. Some of the demons let out shrieks that should be terrifying, but end up just being laughable. The voice acting is even worse still.

Of course, presentation isn’t everything, and I’d have been able to look past the lack of polish if the game itself was entertaining to play. Sadly, Agony is one big missed opportunity here as well. Most of the game will have you playing hide-and-seek with enemies that can often kill you in one hit, which combined with the absolutely dismal checkpoint spacing ends up making the game less frightening and more irritating. Games that have you feeling powerless are nothing new, and it’s been done far better in the past by the likes of Alien: Isolation, Outlast, and Amnesia: The Dark Descent. There is a neat possession mechanic which allows you to take control of other entities, which does occasionally give you a chance to exact your revenge on the lesser beings who troubled you previously, but it’s mostly used for puzzle solving and navigating the environment. 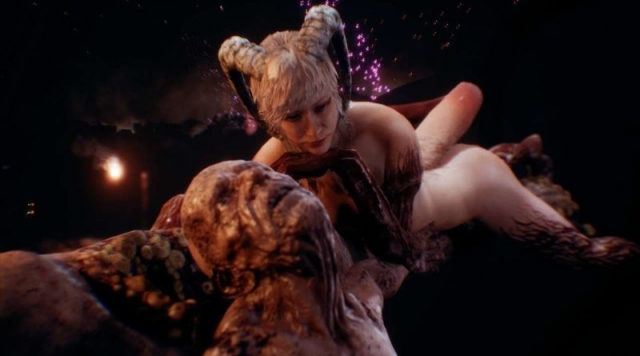 Speaking of puzzle solving, you’ll be doing a lot of it. This primarily involves searching for hidden items in the environment such as hearts and skulls (usually found in pools of blood or excrement) and then placing them in the appropriate places. Later portions of the game require you to remember and draw sigils to progress, which is a neat touch, but this often devolves into trial-and-error because the graphics are so muddy that the environmental clues designed to help you identify the correct sigil are uninterpretable. It also doesn’t help that the level design is downright confusing and you’ll frequently find yourself completely lost and going round in circles. I’d like to think this was an intentional design choice by the developers to make the player empathise with the isolation, confusion, and fear the protagonist feels in this nightmarish environment, but given the quality of the rest of the game I think I’m giving them too much credit. 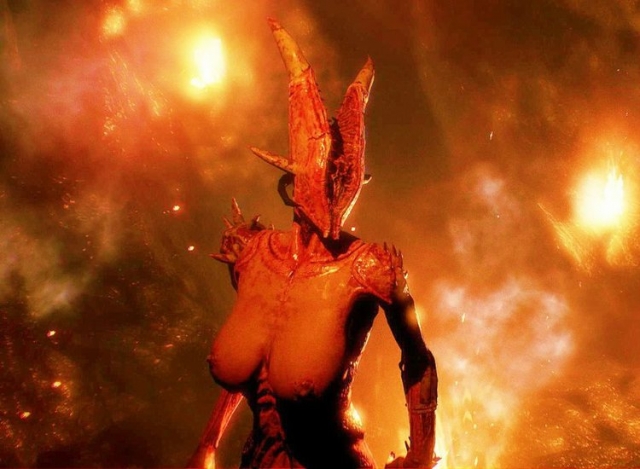 It’s really clear that almost all of Madmind Studios’ time and effort went into being as edgy as possible in Agony. However, the reality is that pubic hair spiders, Demon vaginas, and exploding baby heads just aren’t enough to carry a game for 10 hours if the game itself is a chore to play. If you’re one of the people who had their interest piqued by the controversy surrounding the game’s content, I’d suggest just getting a few friends together and watching a playthrough on YouTube, because as it is, Agony simply doesn’t have enough to offer to make it worth purchasing.

Undercooked in all the key places, Agony is just a 10 hour trip through increasingly edgy content that isn't actually fun to play.

Agony UNRATED is on its Way