2020 is the 35th anniversary of the Super Mario series worldwide. Although we didn’t see the sequel to the regular Mario Bros game in Europe until 1987, our Japanese and North American brethren received the seminal platformer in 1985. After that quarter of a century, our heroes have changed somewhat, but they remain some of the most recognisable characters in gaming. With the 2D adventures having been repackaged more times than a perfectionist’s Christmas gifts, it’s the turn of the 3D titles in the series for a revamping in this Switch collection of three mainline titles from the series.

For your money you get three titles: Super Mario 64, Super Mario Sunshine, and Super Mario Galaxy. Originally released on the Nintendo 64, GameCube, and Wii respectively, these titles are the first three home console outings in 3D. Whilst 64 and Galaxy have both seen multiple re-releases, this is the first time that Sunshine has been released again, so it’s nice to see the game come out again, even if it isn’t the best of Mario’s adventures.

The look of the games hasn’t been tinkered with too much, these are largely emulated ROMS but there’s a bit of upscaling in play and this makes the games look like they belong on a high-definition screen. It doesn’t mess with the overall aesthetics of the titles as they originally were, but make no mistake: these aren’t remakes or remasters. I found this to be a bit of a shame, considering the original Super Mario All-Stars back in the day was a remastering of the original games in the then-new Super Mario World engine, I’d hoped that Nintendo would see fit to do that for these three games. Alas, they did not, so they are presented with not even a new lick of paint. Basically; they slapped a filter on the games and finished early to go to the pub. 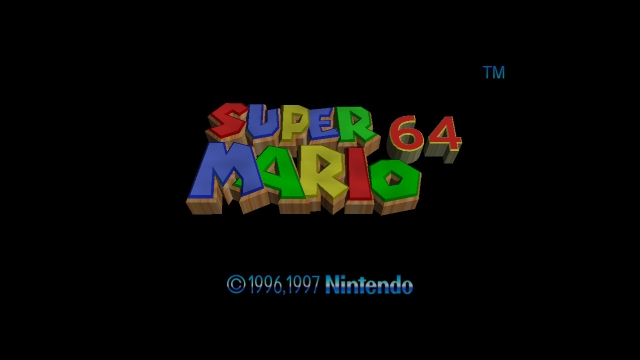 Super Mario 64 is just as much fun as it always was. It looks just how it looked in our head with the upscaling and the camera control is fiddly and irritating like it used to be; but just like in the old days, when you get used to it this is a sublimely crafted title that deserves all the accolades that it’s earnt over the years. It even contains one of the few water levels that I actually like in a platform game. Also, you can still throw the baby penguin off the cliff with no consequences to your actions if you are that kind of monster (I am, sorry).

I never actually got round to Super Mario Sunshine back in the day, so I bought this compilation mainly for that. I already own the other two on the respective original systems and Sunshine isn’t that much cheaper than this compilation on eBay so it seemed like a good idea. It gets a lot of stick but I was determined to enjoy it and prove all the naysayers wrong. Sadly, they were very much correct. Super Mario Sunshine isn’t a bad game, it just doesn’t get any of the important elements of Mario right. Levels outstay their welcome, boss battles are unnecessarily complex, goals aren’t always immediately obvious and the primary mechanics of the game are totally different to anything else in the series. It’s also quite glitchy, something you rarely see in a Nintendo first-party title. If this was a new IP then I feel history would be less harsh on it, but this is the least Mario-like Super Mario game you will ever play. The controls have been adapted to compensate for the lack of analogue triggers so there’s no way to seamlessly switch between free motion and stationary spraying, making some boss battles trickier than they already were. This is a shame, but there’s not really any way round this as even the GameCube-style pro-controller doesn’t have an analogue trigger button.

Super Mario Galaxy is one of the best Mario games in my opinion and certainly the best on this cartridge. The motion controls don’t feel quite the same on the Switch but they serve much the same purpose. Note that you may need to calibrate your joycon in the settings menu of your Switch if, like me, you haven’t used motion control in a Switch title for a while. In handheld mode or on the Switch Lite, you’ll need to use touch controls for a lot of things, which means taking your fingers off the controls so in some situations it makes the game more difficult than it was intended to be. Thankfully these are few and far between, and spin is assigned to a button so you don’t need to shake your Switch like you’re trying to get the last drop of ketchup out. Don’t bother trying to use a pro controller! It does have a motion sensor but it’s nearly impossible to use with any precision. It goes without saying that I really would have loved to see Super Mario Galaxy 2 on here as well. 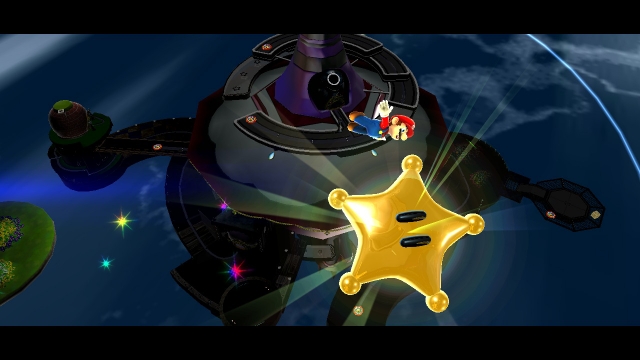 Considering that the cost of these three games on a Switch cartridge has cost me about the same as buying the originals second hand, I feel like it’s a decent enough deal. But nonetheless, it’s the extras that make or break this kind of collection, so let’s take a look at those. First up, in the main menu, you have soundtracks for the three games. You can play these with the Switch screen off, but they can only be played on the Switch sadly. There’s no CD or digital downloads. Then we have… oh, wait. That’s your lot!

Considering that this sort of compilation appeals mostly to collectors, I really did expect more in the way of extras. There’s not even digital copies of the manuals on the cartridge, and considering the manual clips in the cartridge case are sitting idle like they always are for Switch games, that’s a little irritating. It wouldn’t have taken much to throw in some concept art, promotional material or even some old archived interviews with developers. Just put some of the stuff from the gigaleak on the cart if you can’t be bothered to try Nintendo! Compared to something like Rare Replay or the Konami Anniversary Collection series, this feels more like a cash-in than a loving look back at gaming history. I mean: we all know that Nintendo has been milking the Mario franchise for all it’s worth for years now, but I’d like it if they at least pretended to be doing it for the right reasons.

Overall, whilst you still get two stone-cold classics here alongside the first re-release of a piece of Mario history, I just can’t shake off the feeling that this collection could have been handled better. If you already own the games then you aren’t really getting much for your money that you don’t already have. Playing them on the go is something of a draw, but as Galaxy is best played docked that only applies for two of the games on offer.

Whilst these are great games, this isn’t a great collection. With almost no extras, very little tweaking of the games for the Switch and no Super Mario Galaxy 2 this just isn’t quite what I’d hoped for. I’m still enjoying the games, but for many people this won’t represent particularly great value. If you don’t already have the games then get it. If you do, you might want to give it some thought first. 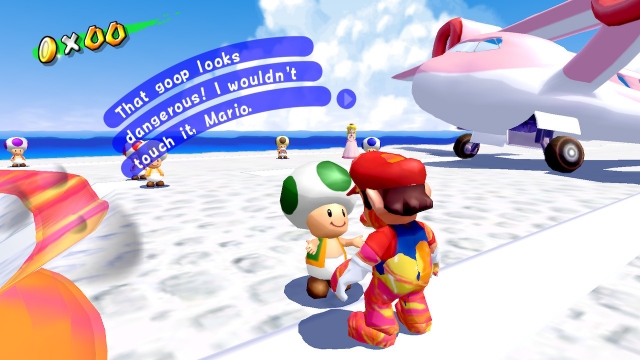 With almost no extras and very little tweaking of the games for the Switch this just isn’t quite what I’d hoped for.

The GrinCast Episode 267 - The Nintendo Tax 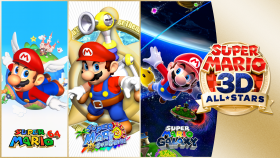