The Medium is the kind of videogame the industry needs. It deftly walks a three-way tightrope of having a strong, thought-provoking narrative and thematic focus; displaying a nostalgic reverence for the psychological horror classics it is clearly influenced by; and still being engaging to play thanks to clever game design. As a slow-burning psychological horror trip, it is fairly niche in terms of its appeal, but it is an example of the kind of unique experience that videogames can provide when developers fully embrace the potential of the artform.

Thanks to Layers of Fear, >observer_, and Blair Witch, Bloober Team has earned a reputation for tightly-crafted, expertly-paced, and deeply-unsettling stories that balance social commentary and examinations of the human condition with unpredictable, captivating plotlines. The Medium is no exception. In fact, it delves even deeper than its predecessors into exploring some very challenging topics, in particular, trauma from the perspective of both the victim and the perpetrator. These are deftly woven into a story that sets up numerous narrative threads and cleverly ties them together in a memorable and satisfying climax. 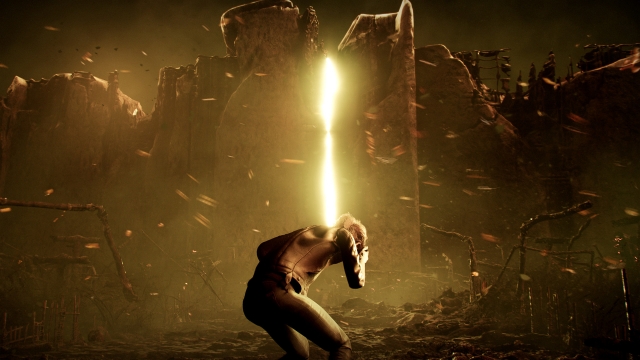 The story follows Marianne, a spirit medium searching for answers about her past and her ability to inhabit the spirit world and communicate with its denizens. Her search brings her to the abandoned Soviet work resort Niwa, the site of a mysterious disappearance of people en masse, and stories of unprocessed grief, unresolved trauma, and unpunished transgressions. Dealing with these kinds of themes in fiction can be tricky, and it is difficult not to come off as prescriptive, lacking in subtlety, or worse, hypocritical (problems faced regularly by the likes of David Cage and Hideo Kojima). Thankfully, the writing is both nuanced and empathic and ultimately leaves the player to decide whether they agree with ideas such as “you can understand why someone did something wrong without absolving them of responsibility for it.”

While The Medium continues Bloober’s trend of placing the story and characters at the forefront of the experience, what separates it from its predecessors is that it feels much more like a videogame, and it even takes risks with the gameplay mechanics it utilises. Heavily influenced by old-school psychological horror titles (in particular Silent Hill), the game focuses primarily on environmental puzzle solving and exploration interspersed with scripted stealth and action sequences but with a unique twist: Marianne inhabits both the physical and spirit world. Technically, this is achieved by the game rendering two separate environments at the same time, and it affords some really interesting gameplay possibilities. 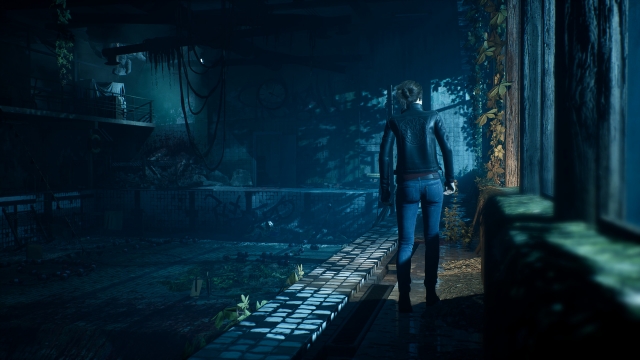 Puzzles follow the fairly standard psychological horror tropes: search for key items and clues in the environment and use them on the correct object, align patterns, and so on. Where The Medium injects fresh ideas is its dual reality mechanic. Marianne frequently must traverse back-and-forth between the physical and spirit worlds to solve puzzles, and on a number of occasions the two are presented simultaneously via split-screen, with the player controlling Marianne in both. Obstacles encountered in one world are typically overcome by finding the relevant clues or objects in the other world, and it’s both technically stunning to watch and intuitive to control when guiding Marianne in both worlds at the same time.

In addition, Marianne can have an out-of-body experience, which is used at specific times to traverse parts of the spirit world that are impossible to pass through in the physical world, as well as use her psychic senses to reconstruct past events, find hidden objects, and follow clues not present in the physical world. Most puzzles require some combination of these mechanics, and they are introduced slowly throughout the first third of the game in ways that give players the opportunity to become familiar with them before removing the training wheels. It’s a nice middle ground between the completely hands-off approach of old horror games and the overly invasive, directive nature of newer narrative-focused experiences.

Given it is inspired by old school psychological horror games, The Medium has some genuinely complex puzzles that require multiple steps to solve, although thankfully none of them are illogical or unnecessarily obtuse (I’m looking at you, Silent Hill and Phantasmagoria). In most cases, players will be able to determine quite quickly what they need to do, and the game’s challenge more so stems from figuring out how to traverse and influence the dual realities appropriately. Unfortunately, because the game’s story is very linear, with small pieces of information being drip-fed to the player each time they progress forward, this actually interferes with the pacing of the gameplay at times. A number of sequences require collecting several items or inspecting several parts of the environment, but the game’s scripting means that these actions must occur in a very specific order, even though it would actually make no difference to the final outcome. More than once I experienced the frustration of staring at something knowing I needed to interact with it (and how) but not being able to because the game just couldn’t function unless it was on its own very specific terms. 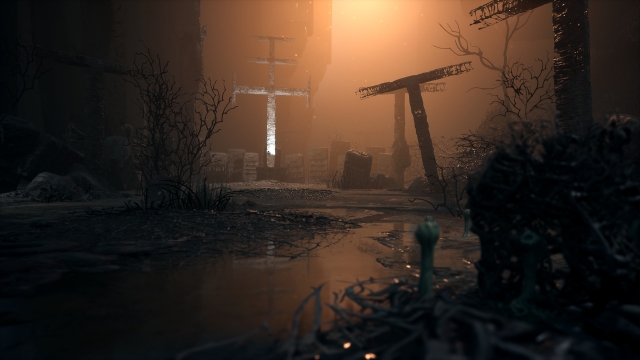 When players inevitably get stuck, they’ll at least have plenty to admire about The Medium’s surreal, unnerving, and immersive atmosphere absolutely dripping with symbolism thanks to its excellent visual and sound direction. Light, shadow, and level architecture are employed brilliantly in the physical world, creating a real sense of post-Soviet desolation, which makes exploring Niwa feel genuinely eerie and isolating. Arkadiusz Reikowsk’s score for the physical world is equally sparse and forlorn, stirring feelings of loneliness, lingering sadness, and stolen innocence with subtle, twinkling pianos and trippy drones. In contrast, the spirit world (inspired by painter Zdzisław Beksiński) is densely packed with bizarre architecture, grotesque imagery, creepy character designs, and a sepia-washed colour palette which reflect the psychological state of the lost souls Marianne encounters throughout her journey. Silent Hill composer Akira Yamaoka provides the soundtrack for these sections of the game, and it is the kind of mix of deeply unsettling atonal scrapes, metallic washes, otherworldly voices, and detuned instruments that made his music for the seminal horror series so effective.

All of this is enhanced by the use of a fixed-camera view, which adds stylistic flourish, places focus on key parts of the environment, allows for some truly amazing shot composition, and adds truckloads of tension during the stealth and action sequences. The vocal performances are equally impressive, with the whole cast doing an admirable job of imbuing their lines with the kind of emotional gravitas the story needs. Kelly Burke captures Marianne’s slowly crumbling mental state perfectly, starting off stoic and self-deprecating but becoming increasingly desperate and weary as the story continues. Troy Baker steps outside his everyman comfort zone to deliver a squirm-inducing performance as The Maw (the game’s main antagonist) and even the supporting cast of characters are voiced well (especially Sadness, a young girl Marianne spends much of the game interacting with). 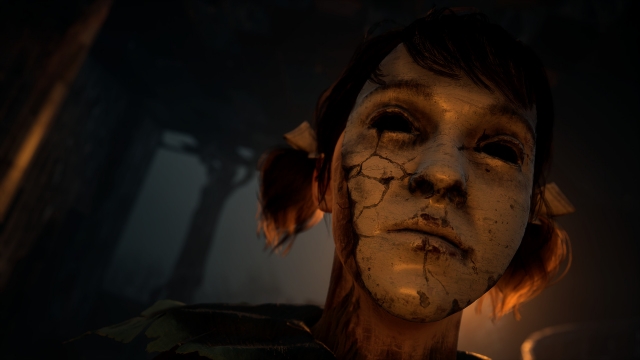 The Medium feels like the culmination of everything Bloober Team have been working towards since 2016’s Layers Of Fear. It’s a truly memorable combination of an engaging, gut-wrenching story that tackles difficult themes with maturity and nuance, a loving nod to classics like Silent Hill, and interesting, modern twists on staple mechanics of the horror genre. It’s definitely not perfect in its execution, but it features the kind of risk-taking that made videogames such a promising, exciting medium in the first place.

The Medium (Reviewed on Windows)

A deeply thought-provoking and mature psychological horror game that honours its influences without relying entirely on nostalgia.

Nine Uncanny Facts About The Medium

I'm glad to hear Bloober Team took a stab at fixed camera angles with The Medium. They were a little wonky back in the PS1 days, but with today's tech, I feel like they could be used to great stylistic effect without detracting from gameplay.

Engaging read btw! I’ve seen mixed reviews for it but I think your review pushed me into the buy column. I’ve enjoyed most of Bloober Teams previous games anyway but your review definitely helped make the decision easier!