Nintendo wanted to make it clear from the off this year that it was going to be all about the games. Prior to the E3 Direct, Nintendo clarified there would be no talk of a new console during the 40-minute presentation. Games we expected, and games, games, games we got.

Kicking it off with an expected announcement was Smash Bros. Ultimate and the newest DLC fighter. Thanks to a data mine a few months ago, the reveal of Dragon Quest’s The Hero wasn’t too much of a surprise. The Hero’s Summer availability follows in the footsteps of Joker from Persona 5 as DLC Fighter #1. Much like current fighter Bowser Jr. and the Koopa Kids, it appears that The Hero will have several forms, each representing various Dragon Quest games. Following on from The Hero’s announcement, we were given a reminder of Dragon Quest XI Echoes of an Elusive Age Definitive Edition S (a real mouthful, we know) and its planned release date on September 27th, 2019. For the first time Doug Bowser, the new President of Nintendo America, made his appearance on a Nintendo Direct. That wasn’t before the OG Bowser mistakenly took to the screen in his absence. Nintendo is really leaning into Mr Bowser’s name and when someone has to follow in the footsteps of Reggie Fils-Amie, it’s important that the new western president shows relatability to Nintendo’s loyal fanbase. After the Bowser/Bowser bit was over, Doug introduced the game he said he’s most looking forward to, Luigi’s Mansion 3.

Luigi’s new mansion is actually a tall, imposing hotel. The controls and manoeuvrability of Luigi in the trailer matched in appearance to the previous games in the series. Leading on from Luigi’s Mansion, the 2001 GameCube launch title was remade for the 3DS in 2018 (after Luigi’s Mansion 2 from 2013), Luigi’s Mansion 3 features a souped-up vacuum cleaner named the Polterghost G-00. Professor E.Gadd made an appearance in the trailer and he’s clearly been busy with his time as Luigi’s G-00 has various new abilities and mechanics. One of which is Gooigi: that is, yeah, a Luigi made of goo. Gooigi’s can be used to traverse different areas of the hotel that would have been previously unexplorable with regular ‘ol Luigi, like small gaps or traps. Whilst there was no specific launch date for Luigi’s Mansion 3 other than 2019, there was gameplay shown of a new 4-player co-op mode called ScareScraper.

Next, was an interesting new turn-based strategy game that was introduced in association with Netflix. It was no surprise to see that the well-detailed puppet featured in the trailer was that of Jim Henson’s hand. The Dark Crystal Age of Resistance Tactics is coming in 2019 in conjunction with the new Netflix series releasing in August. 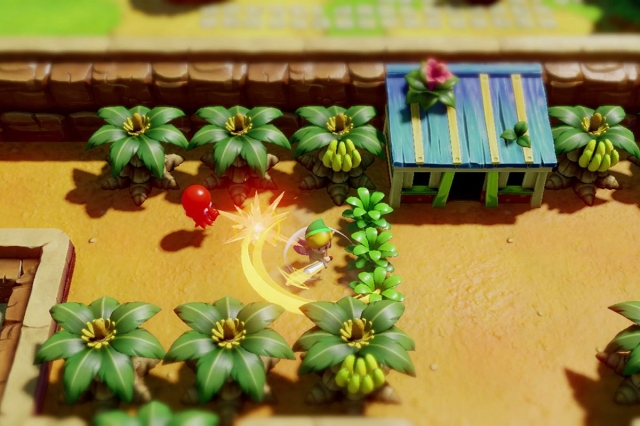 Another expected announcement was more details of the remake to The Legend of Zelda: Link’s Awakening. The chibi style has divided fans but we think it’s a nice change of gear from the dark and more realistic style of Breath of the Wild. A mechanic of note is the ability to create your own dungeons from chambers you’ve already beaten in order to collect more items. Thanks to Amazon Japan, the 20th of September release date was leaked a few hours before the Direct aired.

Square Enix showed off a new Trials of Mana game that featured some beautiful 3D models - that one is due early 2020. As well as that, Collection of Mana is available to download now from the eShop, a bundle of the three original Trials of Mana games - a first for outside of Japan.

Some further gameplay and cinematography were shown for Fire Emblem: Three Houses too. Whilst the original trailer shown earlier this year had some noticeable similarities to Harry Potter, it’s quite clear that Three Houses will be a gritty and independent story, fully dubbed in English. Fans won’t have to wait long - July 26th for that one.

Since the three releases of Resident Evil were added to the Switch eShop, fans have complained that the ‘Switch Tax’ hit their beloved series strong. The price tags of each of the releases were so much higher than that of the Xbox One and PS4, that it seems odd that Resident Evil 5 and Resident Evil 6 would make their way over too. Well, that’s what was confirmed with an Autumn release date. 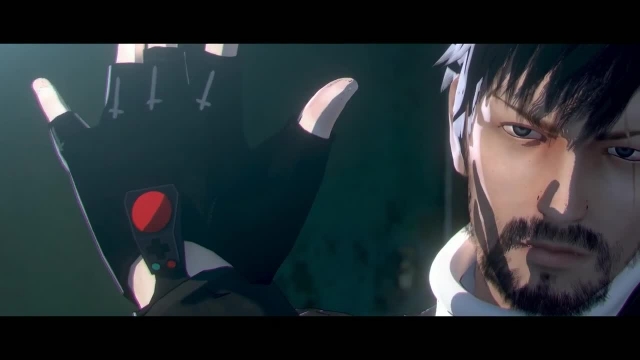 There was no holding up on the announcements as they kept coming thick and fast. No More Heroes, Suda 51’s edgy action game series, is getting a true sequel in No More Heroes 3. Mr 51 teased such by posting the NMH logo on Twitter minutes before the Direct started and the 2020 release will please fans of the series greatly. After that, we had Contra Rogue Ops - a new take on the massive run-and-shoot game. Swiftly afterwards were details of Contra Anniversary Collection; a ten game collection and 74-page eBook. The Contra Collection is out now, whereas Rogue Ops will be out on September 24th, this year.

One game generating a lot of interest is Daemon X Machina. During the Direct we had some more gameplay footage featuring, you guessed it, mech battles. It looks to be a very graphically intense game so it’ll be interesting to see how well it runs on such a small machine. September 13th, 2019 is the release date. On the back of that we had a short trailer showing a remake of a cult classic, Panzer Dragoon. With last game released in 2002 for the original Xbox, it certainly was a surprise announcement. The Sega Saturn version of Panzer Dragoon would set you back a pretty penny should you buy it now, so a revitalization of the brand will be a welcome one for some.

Pokémon Sword and Shield had a brief appearance, considering there was a 15-minute Direct dedicated to the games last week. All that was shown was the Water-type gym leader Nessa and confirmation that whilst the Pokéball Plus couldn’t be used as a controller, it could still be used to take Pokémon for a walk like in Let’s Go Pikachu and Eevee. 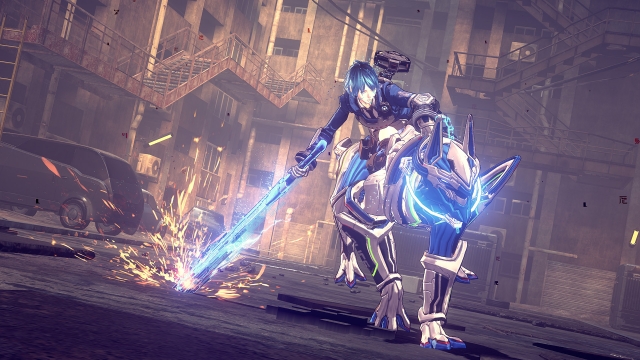 Astral Chain was shown next, another soon to be exclusive for the Switch. The footage included much of what we’ve seen before, with Earth under attack by extraterrestrials, some of which can be controlled to battle alongside the humans intent on saving the world. The Platinum Games title was again fully dubbed in English and to be released on August 30th, 2019.

Paradox Interactive showed a mafia-style game Empire of Sin, coming Spring 2022, before we moved on to Marvel Ultimate Alliance 3: The Black Order. It was famous faces aplenty with The Avengers, X-Men, Ghost Rider, Guardians of the Galaxy, and Thanos all featuring amongst others. Magneto wielded an infinity stone in this action-RPG trailer so that will be plenty to set some fan’s heads spinning. An expansion pass will be available for when the game releases this year on July 19th.

The Cadence of Hyrule, a dungeon crawler set to a beat (yes, really) was briefly shown featuring Hyrule’s darlings Zelda and Link; that one is out on the 13th of June. We were also shown Mario and Sonic and Olympic Games, where a lot of effort has been taken to include some of the newer sports like skateboarding and rock climbing. No doubt we’ll see plenty more from this, as next year’s Olympic games will be in Tokyo. If there was one game any Nintendo fan would have included in this Direct it would have been Animal Crossing, so as soon as Nook Inc. was shown on-screen you could feel a collective squeal as the internet broke down with joy. Animal Crossing: New Horizons has your villager drop into a desert island with all the familiar charm the main series provides. Lush greens, rivers, beaches, and bugs aplenty, you can expect very much the same here. Right off the bat, frugal businessman Tom Nook is ready waiting to rent everything you need from airfare, accommodation, and tax, as well as the new NookPhone that doubles as your in-game menu. Yoshiaki Koizumi was quick to point out that whilst the delay of Animal Crossing’s release from 2019 to March 20th next year is a regrettable one, it was an important delay to ensure the game wasn’t rushed out.

After a short highlight reel of many other games that are coming to Nintendo Switch soon, including Spyro Reignited Trilogy, Catan, Minecraft Dungeons, and Alien Isolation, it was time for two more surprises.

The first was in the shape of a Breath of the Wild sequel development announcement which could feature a female protagonist, and potentially co-op, in the same Hyrule we’ve become accustomed to. A cinematic and confirmation of development was all that was needed to generate some hype. This would be the first direct sequel to a mainline Zelda game in quite some time. 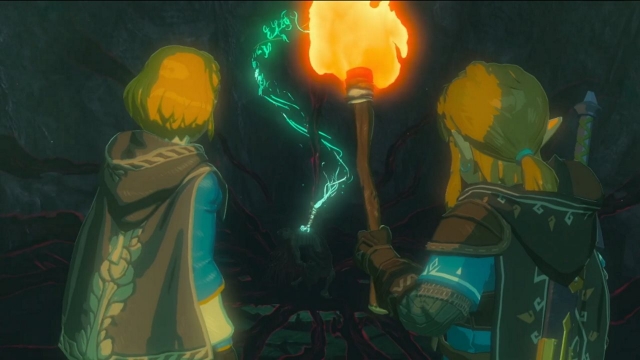 Finally, a 3D-rendered scene with Donkey and Diddy Kong, alongside King K. Rool teased a long-awaited fan favourite to Smash Bros. Ultimate. After a switcheroo involving a very familiar silhouette mimicked by Duck Hunt Duo had duped us all, Banjo and Kazooie were confirmed as the third DLC fighters. In a scene scored by the great Grant Kirkhope, it’s a long-awaited return for a character that conjures up hundreds of happy memories for fans. The setting, remembering that Banjo’s developer Rare made Donkey Kong Country, was an excellent touch.

Whether you’ve got a Nintendo Switch or not, there was a lot to like about Nintendo’s showing at E3 this year - something for everyone with a sole focus on games. There were plenty of undiscussed games that are still in development like Metroid Prime 4 and Town, so the future looks very bright for Nintendo and its fans even outside of these imminent colossal launches.