The Square Enix show started, appropriately, with a square. Well, a picture frame to be precise, but you get the idea. The lights are down, the picture frame lights up and we’re shown the Final Fantasy VII continue screen. But what’s this? It’s got a new option: “remake.”

We had learnt the date of release earlier in the day at a PlayStation event, even though Sony weren’t at E3 this year. It was nice to see it confirmed by the people themselves though, and that came amongst a whole slew of new footage. There was a longer version of the trailer that we have already seen, Aerith looking very much like Taylor Swift, Cloud’s hair a little less unruly, and Barett looking like an absolute machine.

Kitase takes to the stage and speaks in Japanese with a translator. He thanks the fans for their patience and announces that remaking has allowed him and his team to go deeper than before with two Blu-rays worth of content in the game. 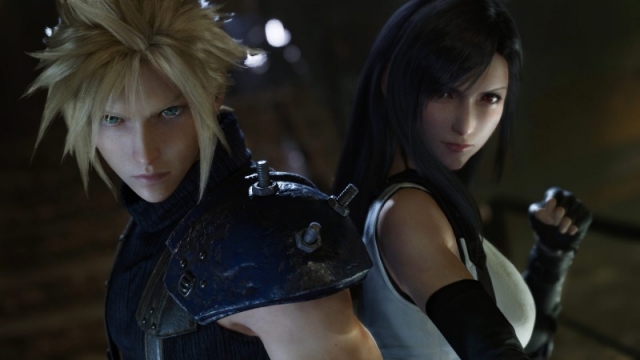 Another developer comes to the stage to introduce some combat. It’s described as a “hybrid gameplay system that merges real-time action with strategic command-based combat.” This essentially means that you press square to smack someone with your sword, which charges up an ATB meter allowing you to trigger slow-mo combat with items, materia, and spell casting. It seems to be a nice compromise and allows people to play how they like.

We see some gameplay, with the protagonists fighting the Scorpion in Midgar. There’s a first appearance for Tifa, and a lot more footage. The Bike race scene is back, Sephiroth is as menacing as always and you can get a special edition with Cloud on his new bike if you want when it releases worldwide on the third of March 2020.

A few trailers for games we already know about serve as an interlude. Life is Strange 2, Crystal Chronicles Remastered coming to the Switch and Mobile this winter, and a new trailer for Octopath Traveller for PC on Steam. A brief trailer announces that The Last Remnant Remastered is now out on the Switch and then another one confirms Dragon Quest Builders 2 coming to the Switch on the 12th of July. This was confirmed in a Nintendo Direct a few months back but it’s once again nice to see it from Square Enix themselves. 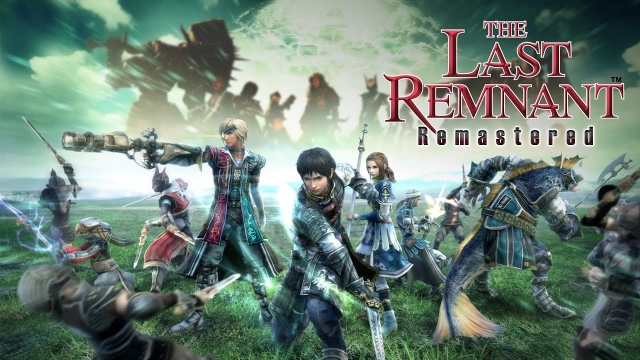 There’s a Square Enix collective trailer, showcasing some of the games already released on a timeline. We reach 2020 and there’s a new game coming: Circuit Superstars. This is a top-down arcade-style racer using modern style physics and graphics. Somewhere between Badlands and Gran Turismo if you will.

There’s a trailer for Square Enix music. This is essentially the announcement of music from their games available on streaming platforms now. 2019 is apparently the year of celebrating game music at E3. This is followed by the latest Kingdom Hearts III DLC trailer for ReMind. It’s confirmed for this winter, then the launch trailer for Final Fantasy XIV’s latest expansion Shadowbringers is shown off. The company is keen to point out that it has the largest subscriber base the game has ever had at the moment.

A Techlands trailer shows us plenty of free-running. This confirms that Square Enix is to publish the follow up to Dying Light, called simply Dying Light 2. No pretentious taglines or anything, just lots of footage of running away from zombies. It’s coming in 2020. 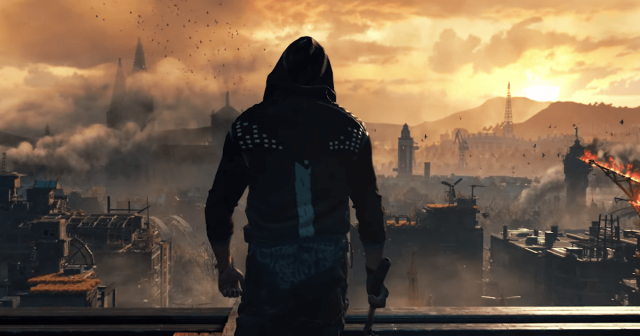 A new IP was also announced in the form of Outriders. Coming from People Can Fly, creators of Bulletstorm and Gears of War Judgement. The Bulletstorm influence is noticeable with the character design and engine, with a Gears of War style dystopian sci-fi setting surrounding everything. With huge monsters and lots of fire, it’s looking like a pretty hectic title. It’s due in the summer of 2020. We are treated to a short talk and a bit of behind the scenes footage of the People Can Fly offices. It’s “a dark modern shooter, dealing with traditional values,” according to one of the developers. We didn’t know what that meant either but there seems to be a gun made of bones in it and that’s pretty cool.

Another new RPG trailer next with a very anime style look and a story about the duty of keeping dead people happy, it’s a particularly Japanese looking title. It seems to be an action-RPG dungeon crawler based on the gameplay, and it’s called Oninaki. We can expect to see it on the 22nd of August. 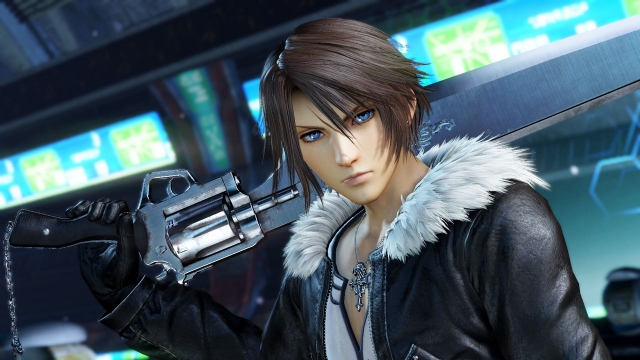 Final Fantasy VIII fans can finally play the game on a new platform as it’s announced it’s getting a long-overdue remaster. This is in 4:3 and looked exactly the same as the original version from the 90s but with a cleaner font. If the rumours of lost source code are true, it’s likely to be a cleaned up port of the PC version but at this point, we’ll take anything, to be honest. We’re just happy it’s coming to the Switch so we can play it on the toilet at some point in 2019.

Finally, the event that the Twitch and YouTube chat had been clamouring for all the way through, it’s The Avengers game. Lots of people are annoyed that The Avengers have been “recast” because apparently there was no such thing as The Avengers before the MCU. There are some big-hitters voicing the characters including Laura Bailey, Troy Baker, and Nolan North.

It’s very photo-realistic and looks absolutely lovely. The title is confirmed as simply Marvel’s The Avengers and is being created by Crystal Dynamics, the creators of Gex and Legacy of Kain. We learn that it’s a new story in the universe and we will be playing as CD’s interpretation of the characters.

As always, an evil (and as yet unnamed) entity is threatening the world, and The Avengers must reassemble in order to save everyone. We are told that it’s about “self-acceptance in the face of adversity. ‘It’s a story embracing our individual powers and learning that together we are mighty.” Whatever, we just want to kick some bad guys in the face. Looks like we will be able to though.

The game will have a multiple year roadmap, and “no random loot boxes” as well as “no pay to win”. They didn’t quite say no microtransactions though so it’s sounding likely there will be cosmetic purchases available. It’s playable with teams of up to four in online co-op. The release date of the 15th of May 2020 is announced and the crowd is happy.

That’s just as well because the conference ends there. A lot of announcements and a lot of ground covered. Honestly, we’re very happy just to see FFVIII remastered, but there’s something for everyone. RPGs, action games, shooters, plenty of retro gaming, survival horror, and a whole load of cool things to look forward to.