Content warning: This episode of the Pals Anime Lounge contains discussion of a show that that features violence and blood, with themes of sexual assault and child abuse in the second episode. Listener discretion is advised.

Welcome to the Pals Anime Lounge, a podcast where a bunch of pals get together to talk about anime using the three-episode rule!

This episode the Pals - Nikki, Ace, and Rhodes - sit down to discuss Battle Game in 5 Seconds, a show where people are forced into a mysterious experiment where they all gain powers but must now fight to the death. Listen in to find out what each of them thought of the first three episodes of this action supernatural series and if they ended up turning it off halfway through.

You can find a video version of this podcast on our YouTube channel. You can also subscribe to the podcast on Spotify and Stitcher!

Don't forget to check out our Twitch channel and our YouTube channel for more great GameGrin content. 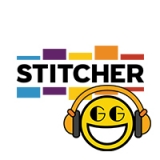 Give it a listen and find out!